Every so often I will have this same terrifying conversation, sort of like a recurring nightmare but in real life. One of my friends will announce that they’ve ditched the pill, condoms, and IUDs and instead embraced the hype around “period tracking apps” to stop them getting pregnant and help them control their periods. The rest of the conversation is usually just me screaming at the moon at how terrifying and stupid this decision is, because I’m overdramatic and old-fashioned, but whatever.

Anyway now I don’t have to do that anymore, because a new study from the University of Washington has said that menstrual cycle tracking apps are inaccurate, unreliable and often disappointing. Researchers from the university surveyed 687 people and examined 2,000 reviews from nine of the biggest period-tracking apps, including Clue, Eve, Glow, Period Tracker and Period Pad. They found that of the nine none of the apps were faultless when it came to accuracy, and that they were all therefore unreliable.

They also found that girls hated the “emphasis on pink and flowery form over function and customisation” that comes with many of the most popular apps which appear heteronormative and may be alienating to transgender users. Daniel Epstein, a lead author on the study, said: “People didn’t feel like the apps were very good at supporting their particular needs or preferences. People felt they were better than tracking their periods on paper, but still weren’t great in a lot of basic ways.” 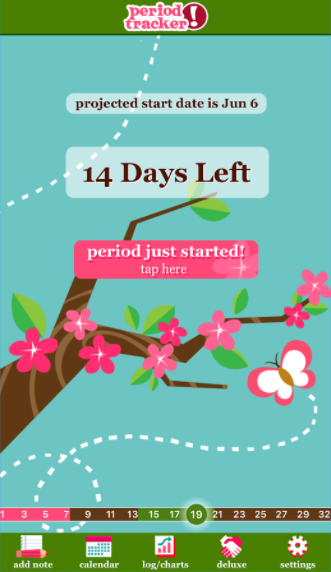 His co-author Nikki Lee had experienced using the apps herself and said: “In some cases, you don’t have a way to go into the app and say I missed my period because of x reason or because I was in the hospital – both ordinary and exceptional circumstances can screw up the algorithms because they’re not really robust.

Look, it’s not worth it. Condoms aren’t that bad, and they don’t take up space and battery on your phone do they? Nah.