An ode to Flares

Even when I’m not intending to, I always end up in Flares on a night out and I will NEVER get sick of it. Why sweat to death in Salvo’s or pay a tenner to get lost in Kuda when you could dance the night away with cheap drinks, claw machines and the best cheesy tunes playing all night in Flares?

The night won’t break the bank

No other club has as many free entry nights as Flares, and even when they do have entry fees, it’s cheaper than anywhere else. If you ever find yourself out on a Wednesday and you don’t want to stand freezing in the line for Salvos for an hour, Flares is around the corner and has NO entry fee before midnight. The drinks are cheaper too, so you can down those VKs and Jagerbombs without crying (as much) when looking at your bank balance the next morning.

SO many disco balls

Anyone that’s been to Flares has deffo drunkenly posted some of the decor to their Insta story. From the abundance of disco balls, the Grease Lightning sign, the ‘Don’t Walk/Dance’ sign, and so many mirrors! Mirrors that you’ll drunkenly attempt to take photo’s in even though you can’t actually see anyone. And, how can you forget the claw machines; still fun even with the struggle to win sober, never mind drunk. Plus, they have air fresheners all the over the place, so you don’t have to be surrounded by the smell of B.O. 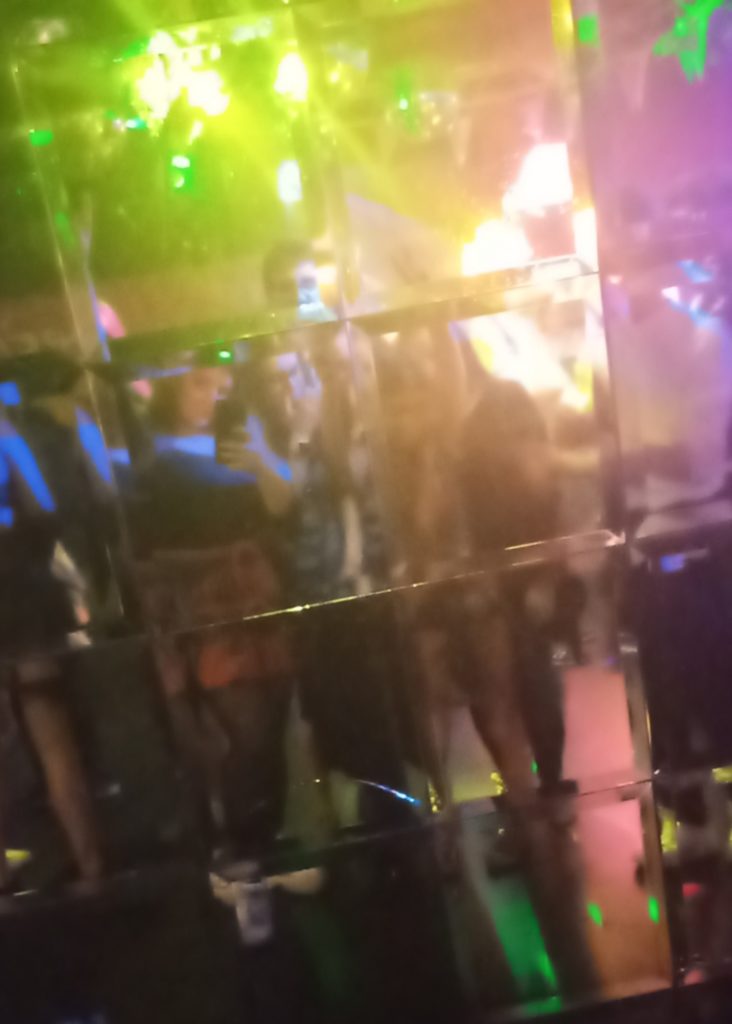 Why do we always think these mirror photos are necessary?

Not one, but two dance floors – and a stage!
While the downstairs dancefloor may be closer to an ice rink, that is half the fun, and it lights up! The upstairs dancefloor actually has enough room to breathe and you can always hop on the stage platform to give a lipsync performance of a Grease medley (definitely not speaking from personal experience…).

Honestly, not enough clubs have seating areas and Flares have one both upstairs and one downstairs! Like it couldn’t get any better. You can plop yourself down after 2 hours of solid dancing, chat to a random stranger at another table and you’ll soon be refreshed enough to head back to the dance floor for a groove until 3 am. 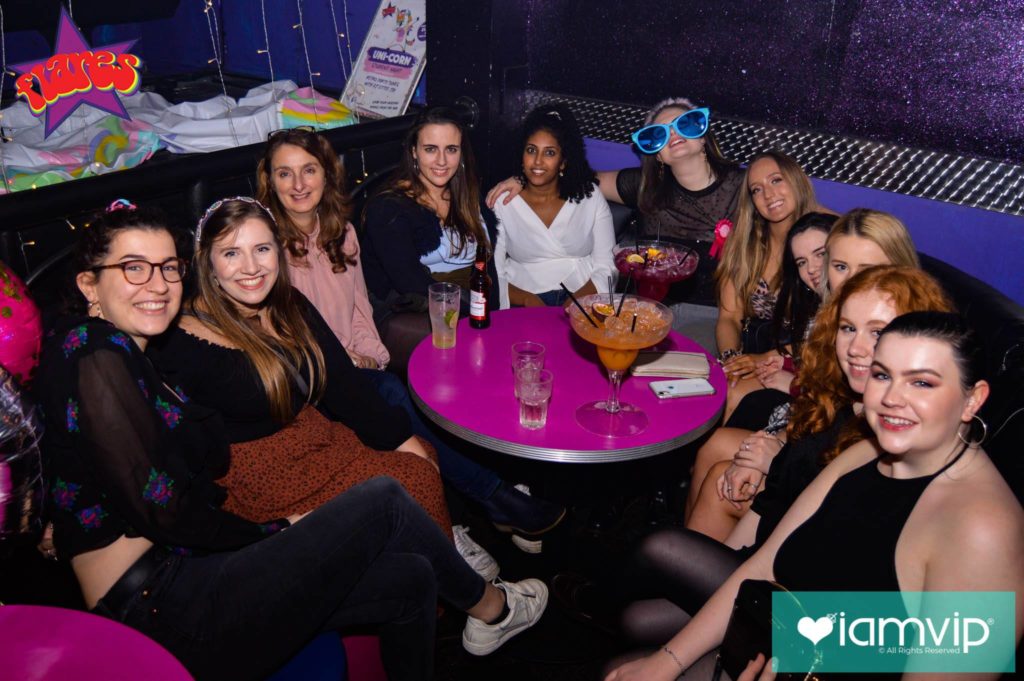 Sitting down in clubs is underrated but worth it

I don’t think I’ve ever been to a club that didn’t have a line going out the door to the girl’s toilets but, for some reason, Flares never does. No complaints here. Even in the clubs with more stalls; they still have longer lines. The miracle of no toilet queues also means more time to pose with the squad in front of another massive mirror, hopefully with less blur.

You can dance to High School Musical like it’s 2006 again
Yes, the music in Flares is all cheesy pop but what more could you want on a night out? If you don’t like that typical ‘BOOM BOOM’ club music, Flares has got everything from High School Musical to ABBA to 90’s hits. There’s never been a time where I can remember hating the song that was on. Also, the DJ will announce ALL shoutouts that you tell him from birthdays to the losing of virginities and, according to legend, even has crisps that he’ll give out from the booth.

In every club, people complain about the bouncers or staff but I rarely ever hear about it in Flares. The staff are always friendly and nice, and this Yorfess post really summarises how much they go above and beyond most other club staff for us party-goers. 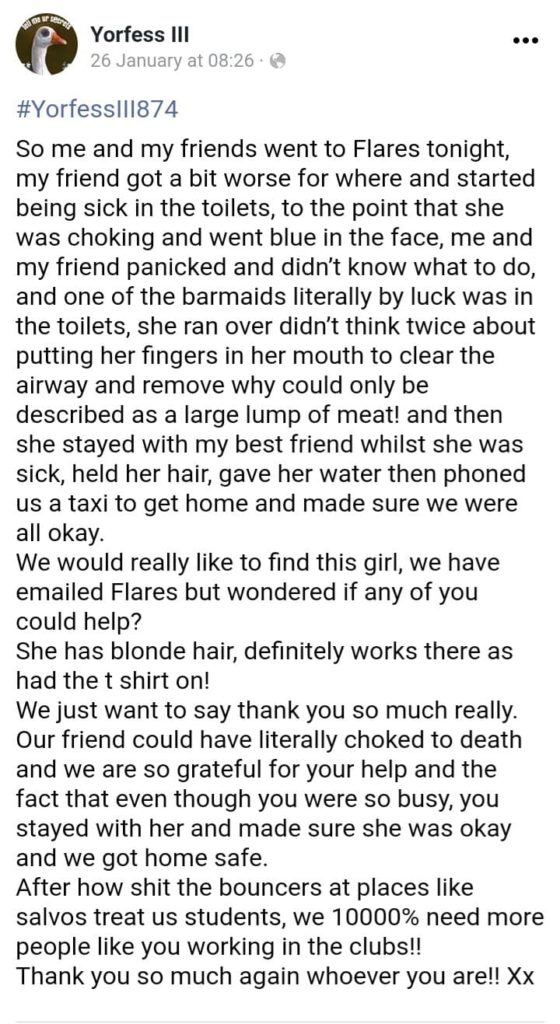 The miracle energy of the Flares toilets continues

So while Flares might not be the biggest or busiest club in York, it has got the nicest staff, best tunes and the cheapest drinks. What more could you want on a night out?

Photo Credit: I AM VIP YORK