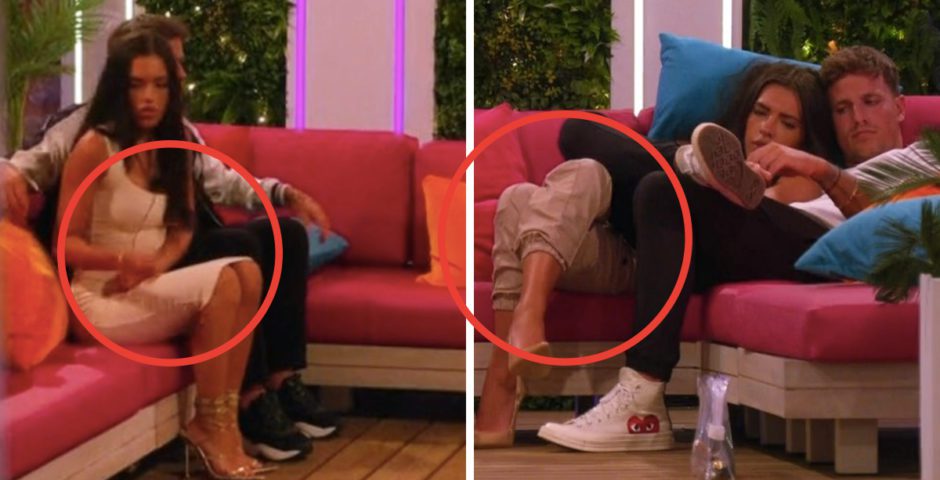 Ummm, so what’s going on here then?

Love Island viewers have already spotted a huge editing error in this year’s series, and it’s only been on for a week. Someone has posted a video on TikTok, which shows a moment with Gemma and Luca, and it points towards how we saw their conversation play out in the Love Island episode as being staged. Yikes.

In the clip, which has now been viewed over 780k times on TikTok, we can see Luca and Gemma sat together at one of the villa’s outdoor sofa areas. It’s from episode eight of the show, aired on Monday night, and they are discussing Gemma’s ex Jacques entering the villa.

At the start of the video, Gemma is wearing a beige dress, but after cutting to show other Islanders and then returning back, Gemma is wearing beige trousers. The clip is shown to us as though the conversation is in real time, and not at all edited.

Everyone in the comments is shook they didn’t notice, and more importantly that nobody at Love Island’s production noticed. “Omg I didn’t even notice,” one person said. Another added: “I thought I was going mad. When she was sat down I thought I like them pants she has on then she stood up and it was a dress”.