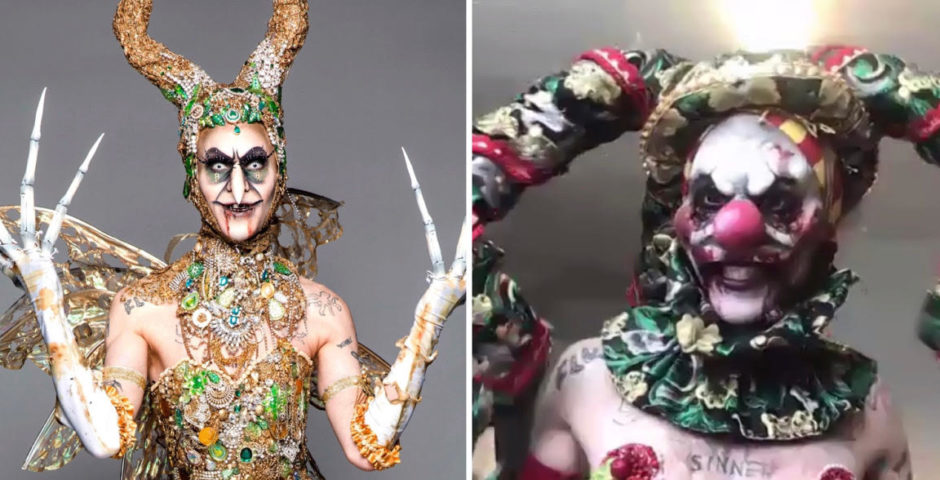 We’re at the halfway point of the season, and this week on RuPaul’s Drag Race UK we saw one of the biggest characters of the season sashay away: Charity Kase. It was an episode of high chaos and drama, with the commercial challenge crashing and burning on the main stage and RuPaul declaring her disappointment and refusing to announce any queen as the winner. This meant no queen was safe, and any one of the competitors could wind up in the bottom two. After huge fall outs back in the work room that left Scarlett storming out, Charity Kase joined the former in lip syncing for her life.

The Tab will be doing interviews on Friday afternoons with every eliminated queen this season, so make sure you check the website on Friday evenings to read what we get up to. Today I jumped on a Zoom with Charity Kase to talk all about her sad departure and everything we never got to see:

‘I knew exactly what the judges were after: Krystal Versace’

No matter if Charity Kase’s high concept, horror art drag is for you or not, you can’t deny she brought something never before seen to the Drag Race UK main stage on her run during this season. I asked Charity if she felt like the odds were somewhat stacked against her being the only queen doing her style of drag on the season. “I’m not sure about the odds being stacked against me, but I went in there knowing my drag is not for everybody.” Did she find it hard to work out what the judges were after? “I knew exactly what they were after: Krystal Versace. I’m not Krystal Versace. They brought me on to showcase my work, and that’s why I continued to do that without changing it.”

Ru was NOT happy with the advert work the queens did last night, a fury I found as a viewer quite misplaced considering the adverts were no more chaotic than the usual mayhem that goes down in a Drag Race acting challenge, UK or US. I asked Charity if her and the other queens had a feeling the adverts would go down badly. “I honestly felt really good about our advert. Even when we were on stage, we were laughing at each others. I was shocked that RuPaul had the opinion that they were so bad that none of us deserved to win. I don’t think they were that bad. I would have given our team the win.”

I feel like Charity Kase has more pressure on her to change things up in a competition show like Drag Race UK. The glam queens wouldn’t be told to change it up as more as Charity automatically would be. “I would love to hear them ask River or Ella to do a scary look, but that’s never going to happen. It’s frustrating that to get their seal of approval you have to fit the mold you have to do what everyone else is doing. I was brought on to show me, and there was not one moment where I wasn’t going to do anything other than that.” I agree, but still think she perhaps has to work twice as hard as glam queens.

‘You cannot do Drag Race on a couple of hundred pounds, it’s impossible’

I’m interested to know the queens’ perspectives on the increasing financial demand of the Drag Race UK runway pressure, and asked Charity Kase if she felt like it was an issue that queens were getting priced out of competing. “100 per cent. You have to go on to Drag Race with thousands of pounds. If you are somebody lucky enough to be born into money, then that makes it a lot easier for you. I can tell you the difference between some of the people who spent the most compared to who spent the least and it is insane. I’m not going to say the numbers, because it’s not my place to say. But the difference is shocking.

“If I had the money to order the gorgeous gown that inspired my koi fish look, rather than having to spend four days making it myself, I could have used them days to go and do a stand-up comedy workshop, or take choreo classes. I could only afford to make my costumes myself. You can go to a designer and buy other people’s style. You can buy other people’s taste. The harsh truth of it is that it does make a difference. But I’m called Charity Kase for a reason – I make the ugly look unbelievable.” 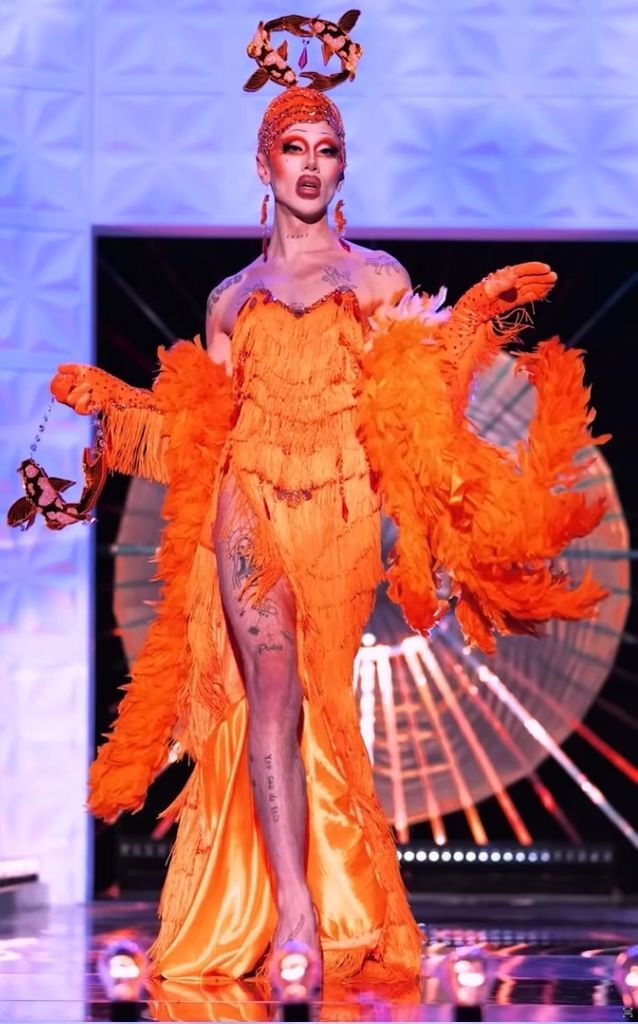 I asked Charity Kase what she thought the way forward for this problem is on Drag Race UK, and her idea is one I think should be implemented immediately from next season. “The show should give a budget limitation, so that the people who have more of an income are not at an unfair advantage. They should give you a limit, or a budget.”

‘No matter what I did, nothing would have impressed the judges’

There’s always a lot of chat on Drag Race UK about queens getting in their own head in the competition, and I asked Charity Kase for her opinion on how integral frame of mind is to success. “It felt like game over for me. I wasn’t getting anywhere, I felt like I was being overlooked. I was looking at people next to me and thinking ‘How are they saying she’s versatile and I’m not?’ By the time I got eliminated, I didn’t want to be there anymore. It trips with your confidence. I was saying I felt like I hadn’t made the right decision in coming. I felt like no matter what I did, nothing would have impressed the judges.

“Joe Black said this to me: ‘I could have stood on that stage, shit out a golden egg, and they’d have said it wasn’t gold enough.’ That’s how it felt. Obviously, that isn’t all the reality of it, but it’s a competition and you’re comparing yourself. I felt like I was fighting a losing battle and there was not much I could do about it.”

“I’m focusing a lot on my shop and my t-shirt designs, all hand painted by me. I’m currently on tour doing a Halloween show with Cherry Valentine and Joe Black. I’m starting my new club night next month in London called Your Nightmares, and I can’t wait to see you all there. And I’m going to be doing, as ever, the unexpected!” Would Charity ever go back and do Drag Race again? “Right now if they approached me and said come and do All Stars? No way.”

See all these Drag Race UK season three reactions in action now on BBC iPlayer. For all the latest Drag Race memes and Netflix news, drops and memes like The Holy Church of Netflix on Facebook.