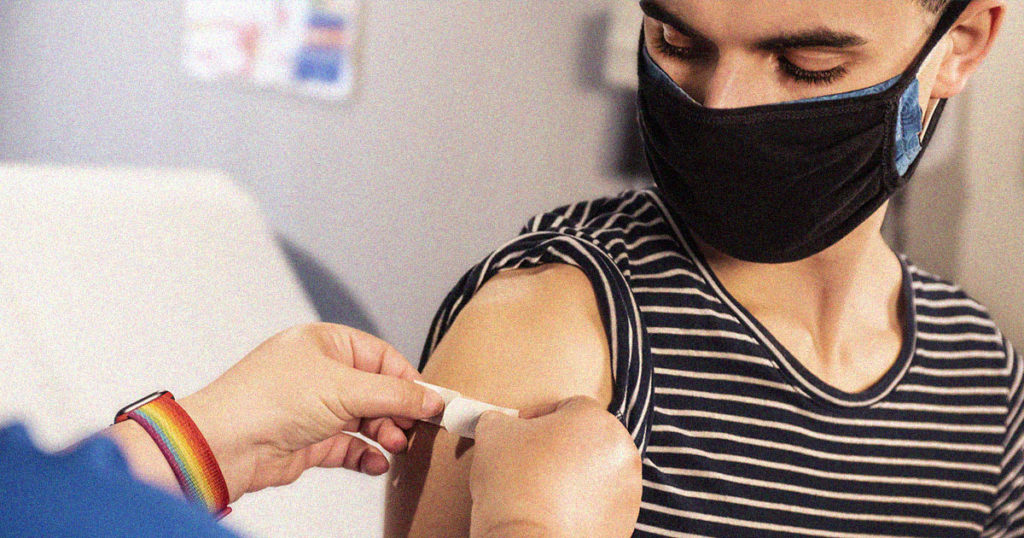 94 per cent of young people want to get the vaccine, so please just offer it to us

The Tab asked 25,000 students if they’ll take the vaccine when it’s offered

The vaccine roll out is accelerating in the UK, with over 33 million people now having had their first dose. But amongst this, there are media reports and government campaigns popping up left, right and centre, suggesting young people aren’t getting their vaccines and saying we need to “do our bit” and get it.

But the thing is, we do want the vaccine. The Tab asked over 25,000 students and young people if they’ll take the vaccine when it’s offered to them, and the overwhelming majority said they will.

Of the 25,887 students and young people we asked in a poll on our Instagram stories, 94 per cent said they they do plan on getting the vaccine.

The reason young people haven’t been getting the vaccine is because we haven’t had the chance to, not because we don’t want it. We don’t need convincing with expensive adverts, we’re already there. One person tweeted: “Offer me the vaccine and I will get it at 4am, 500 miles away”, and there are thousands of young people who feel the exact same.

Aside from a few of us, such as those who were shielding or work in medical settings, the overwhelming majority haven’t been offered the vaccine yet, but we know we’ll take it as soon as it’s offered. And the stats prove it.

Young people have been locked down inside for over a year now, protecting our parents and other older people. It’s been incredibly important for us to do so, and we obviously understand that other groups of people needed to be prioritised for the vaccine before we do. We’re patiently waiting our turn, so stop shifting the blame on to us.

People are making out like young people are the reason things aren’t back to normal yet – as always, we’re being used the government’s scapegoats. How can you “urge” us to get something we haven’t even had the opportunity to take? We’re being told we’re selfish for not getting something we’re not even allowed yet – it’s downright insulting and I’m sick of it.

Young people do want to get vaccinated. Offer it to us, and we’ll prove it to you.

• Young people need to ‘do their bit’ and get the vaccine, according to the government

• In pictures: Student occupations happening right now at four unis around the country

Featured image via CDC on Unsplash