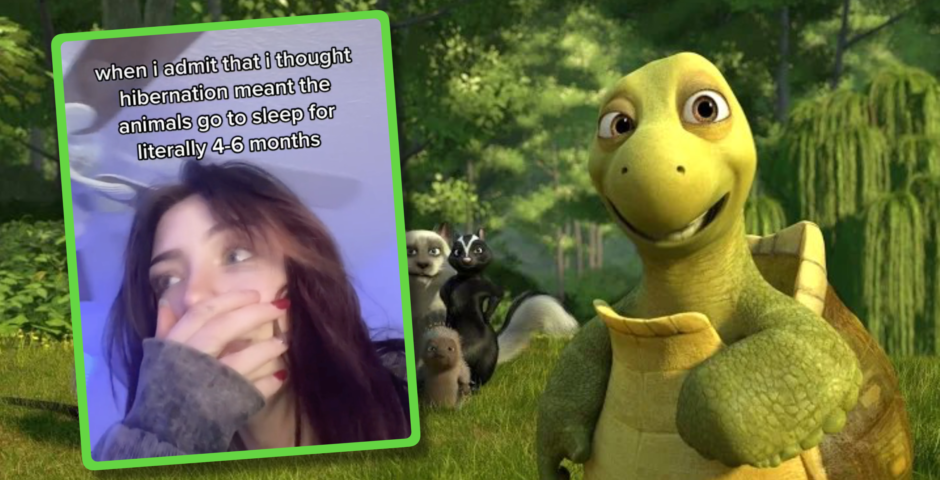 EVERYTHING I LEARNT WAS A LIE

TikTok is increasingly becoming a valuable educational tool for the masses. You can learn how to cook a range of delightful delicacies from a range of creators, just like you can learn how to make money and fix cars and almost anything else you could possibly want to do. However, at the moment there seems to be one particular area in which people are being educated in a far more unusual way – people on TikTok are just discovering that animals don’t actually sleep for months during hibernation.

Like, WHAT?! Was it just something about the films we watched like Over The Hedge that made us think that animals were literally asleep for months at a time? Is David Attenborough to blame for this international travesty? Or perhaps we have our teachers to blame, who surely should have told us that animals don’t sleep for literal months. So what do they actually do?

What do animals do when hibernating?

So, what exactly do animals do for all those months that they’re hibernating? Well, they are doing a whole load more sleeping than they usually would, but they’re also doing loads of normal awake animal stuff.

That involves eating on occasion, defecating and moving around. There’s also a load of scientific stuff, like the fact that they slow down their heart rate to preserve as much energy as possible, and that occasionally they need to get up to get some more heat into their bodies.

In addition to this, because they’re in such a different state biologically and mentally, if you were to wake up a hibernating animal when you found it during winter, it would most likely die.

According to National Geographic, dwarf lemurs reduce their heart rate from over 300 beats per minute to less than six: “Instead of breathing about every second, they can go up to 10 minutes without taking a breath. Their brain activity becomes undetectable.”

Most animals’ metabolism is brought down to lower than five per cent of their normal rate, and they just cosy up and chill. They literally live the life of most 18-year-olds for a few months every year. Hibernation, anyone?