Transcripts of the Night Stalker murderer’s confession interview have resurfaced, after Netflix released “Night Stalker: The Hunt For a Serial Killer” – a four-part series looking at the crimes and ultimate conviction of Richard Ramirez.

Ramirez is one of the most notorious serial killers in US history, after a huge police investigation led to him being found guilty of 13 murders, five attempted murders, 11 sexual assaults and 14 burglaries. He was sentenced to 19 life sentences and ruled to die by gas chamber. 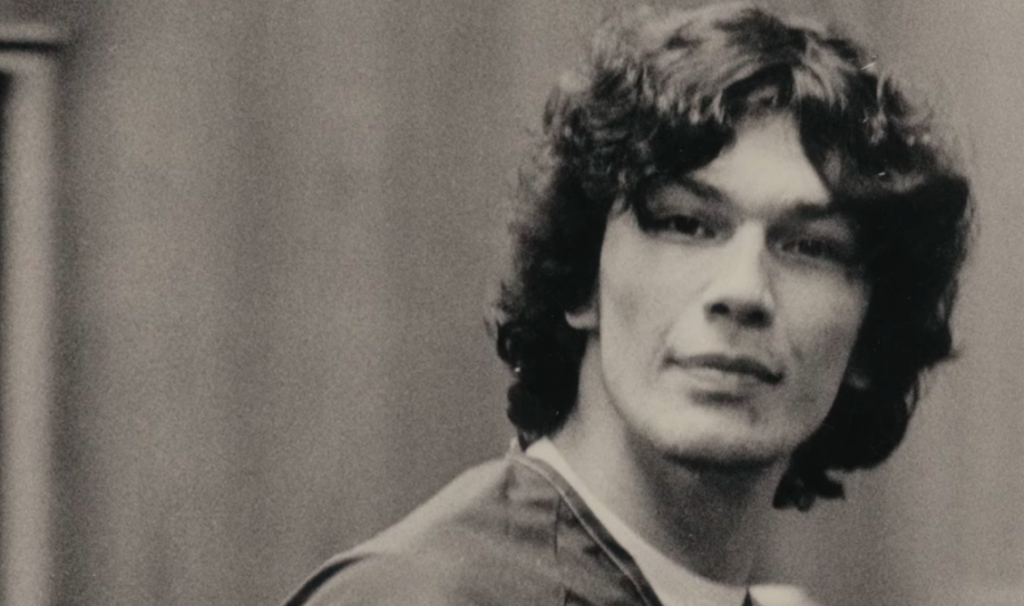 According to court transcripts released at Richard Ramirez’s trial, he said he was the killer and offered to kill himself. He told police robbery-homicide detective George Thomas: “I did it, you know. You guys got me, the Stalker. Of course I did it. You know that I am a killer. So what. Give me your gun. I’ll take care of myself. You should. I am a killer. So shoot me. I deserve to die.”

Ramirez then said: “You think I’m crazy. But you don’t know Satan” before laughing and repeatedly banging his head on the table.

In a further interview, Night Stalker Richard Ramirez made a confession to being ‘evil’ and said ‘killing is killing’

Reporter Mike Watkiss went to prison to speak to the Night Stalker Richard Ramiriez, who spoke candidly about his crimes and being evil. In the interview he says “we’re all evil, one way or another, are we not? Yes I am evil. Not 100 per cent but I am evil.”

The interview continues, with Ramirez saying: “The world has been fed many lies about me” and when asked who he is he replied: “Just a guy”. “I have friends, they are open minded people”. When asked if he is guilty, Ramirez said it would be “improper” to comment because he was appealing at the time. He said serial killers simply do on a small scale what the government does on a large scale, and are a product of “blood thirsty times”. “Even psychopaths have emotions if you dig deep enough, but then again maybe they don’t”, he added. When asked if he has emotions he replied “no comment”.

Richard Ramirez goes on to say he “gave up on love and happiness a long time ago”. He said “killing is killing, whether done for duty, profit or fun” and admitted to having studied satanism.

Night Stalker: The Hunt for a Serial Killer is available on Netflix now. For all the latest Netflix news, quizzes, drops and memes like The Holy Church of Netflix on Facebook.

• Night Stalker: How a six-year-old girl was key to hunting down the serial killer

One is a decade older than their teen character

QUIZ: Which Married at First Sight Australia bloke are you, really?

I would give literally anything to be Cam

Uni’s a place for LGBTQ+ students to thrive, but this year many haven’t had the chance

‘My life’s a controlled version of what it was’

This AND Love Island? I think I might explode

Revealed: The biggest Married at First Sight Australia villain, as chosen by you

Over 6,000 of you voted to choose the biggest marital maniac

You found our last Gilmore Girls trivia quiz too easy, so this one is twice as hard

She posted a video the day before her sister’s death

Cyrell makes up at least a third of these

Ranked: These are the most expensive shows and films Netflix has ever made

The top cost over half a BILLION

Curtis will charge you £63.75 for a birthday shout-out

It doesn’t end at Bitcoin

Wow I wonder if Jess and Dan went the distance?

Is it too late to transfer?

Cases have nearly doubled since 2019

Another drama series to binge on? Oh, go on then