‘I bought a lot of takeaways and clothes too’

University of Leicester student David Jonjo has issued a desperate plea for funds after he spent “all his student loan” on an electric scooter.

David has set up a GoFundMe to raise money for food because he’s currently eating “cereal with tap water”. The GoFundMe is called “I spent all my student finance on this scooter 🙁” and the description says simply “I’m broke innit”. He has currently raised £20 so far, with a target of £9,000.

David has also joked about starting an OnlyFans called @ispentmystudentfinanceonascooter and made suggestions that he wants to sell his scooter, posting an ad on his Twitter saying: “Electric scooter for sale: Mint Condition, Can reach speeds of 100mph, Light Weight. DM me for inquiries.”

But speaking to The Tab, David said he had no plans to get rid of the scooter which allegedly bankrupted him. “I don’t regret buying it. I was joking about selling it – it’s really useful,” he said.

David said the scooter only cost £400, which begs the question of how it could deplete “all of his student loan”. He told The Tab: “Ok I didn’t blow the entire thing, just a majority of it. I bought a lot of takeaways, and a lot of clothes too.”

Then, in an effort to regain what he lost on takeaways, David had an idea. 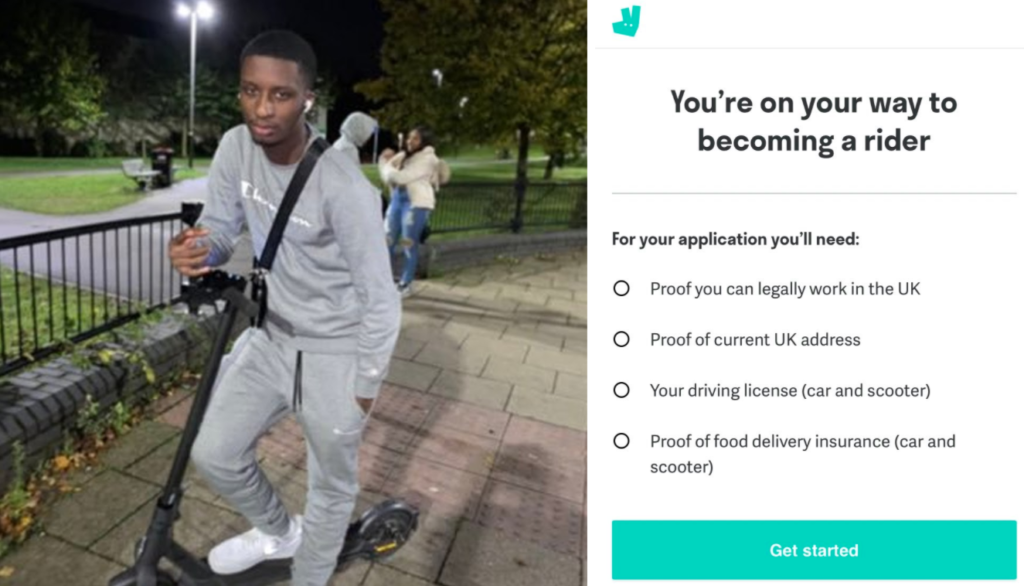 How it started vs how it’s going

David thought he could make money out of his investment – and make back the money he splurged on Deliveroo – so he attempted to become a Deliveroo rider. But he quickly found that he couldn’t become one because he doesn’t have a “scooter license”.

If you are looking to donate to David’s GoFundMe, you can do so here.

• Student accidentally applies for 3 quid maintenance loan instead of £3,000

• A Manc fresher unpacked everything in halls, then realised she was in the wrong room

i’M gOiNg tO pUt YoU iN BrEaKouT roOmS NoW

I want their lives please

Ok, so who is behind the ‘are you not embarrassed?’ audio on TikTok?

Are you not ashamed of yourself for not knowing this?

Where did Kylie Jenner’s viral ‘I’m gonna get wasted’ TikTok song come from?

Girls are sharing what gives them the ick, and some of them are absolutely ridiculous

‘Filling their car up with petrol’

Girls are sharing what gives them the ick, and some of them are absolutely ridiculous