What the hell happened in Berkshires UFO on Unsolved Mysteries? Here are the theories

People think it was revenge for the first moon landing

If you’ve just watched the Berkshires UFO episode of Unsolved Mysteries on Netflix you’re probably deep in a rabbit hole of theories and other strange sightings.

Let’s get one thing straight – that episode is a lot. From start to finish you’ll be left questioning everything you thought to be true in life, ever. The episode sees people from The Berkshires, Massachusetts, who each recall seeing a UFO and having varying degrees of an extraterrestrial experience on the night of September 1st, 1969.

Many people believe the stories, but many others don’t. Here are all the theories of what happened in the case of the Berkshires UFO.

Jane Green was a witness on the night, via Netflix

The main theory is that it was an actual alien encounter, and that’s what appears to believed most locally

The main theory about what happened in the Berkshires on that day is that it was a genuine alien encounter. Forty people reported strange lights and a saucer like object in the sky to a local radio station that night in 1969.

One was Thom Reed, who says he was abducted from the car he was in with his mother, grandmother and brother. They recall seeing large insect like creatures before magically being back in the car, but his mother and grandmother had swapped seats. Thom Reed took a polygraph test and he was found to be 99.1 per cent truthful in his story.

Jane Green recalls driving through the area and seeing a huge flying saucer like object in the sky. Whilst Tom Warner and Melanie Kirchdorfer actually recall being abducted and taken up onto the UFO. Every witness says a period of time went by where they have no recollection of what happened. 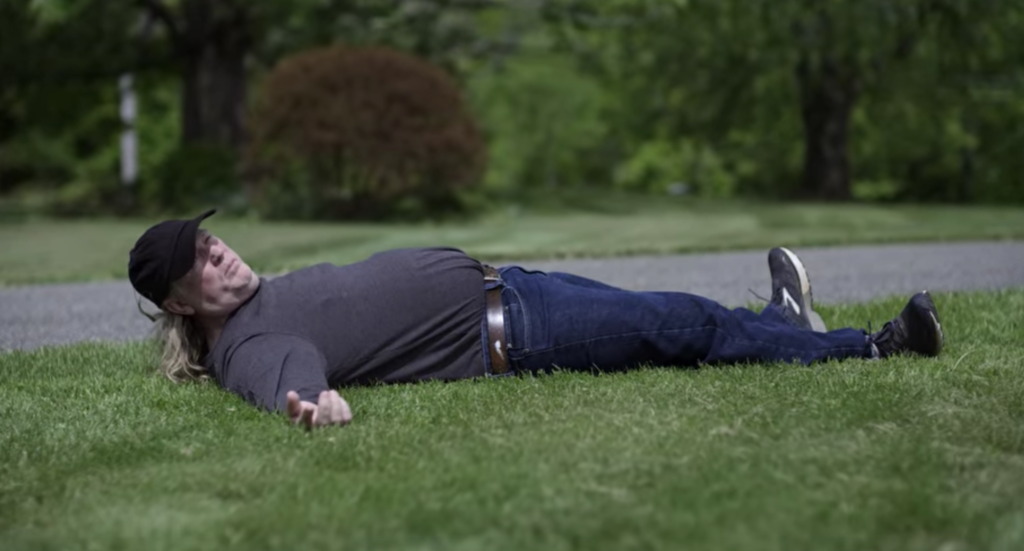 Tom Warner recalls being laid down, via Netflix

Melanie and Tom both say they have no reason to have made their stories up, and given that all independent witnesses experienced similar things it would be a highly elaborate lie. They all describe a similar thing: a huge object, which resembled a flying saucer, flying through the sky and making no sound.

One thing that the Netflix series missed out is that the Berkshires UFO sighting is noted as a historical event by the Great Barrington Historical Society. There was a monument of a covered bridge placed on the site where Thom Reed spotted the UFO in 1969. The monument paid tribute to the first “historically significant and true” alien encounter in the area – so the theory is more believed than not locally.

Ok, hear me out here. But there is a strange theory that the Berkshires UFO sighting was real, and to take that even further, it was all some sort of payback for the first moon landing. The US first landed on the moon in July 20th 1969, then just over one month later there’s a substantial potential alien sighting? Suspicious.

So I just finished watching the Berkshire UFO episode on the new Netflix “Unsolved Mysteries”and now I’m expected to sleep? 😱👽🛸 #hellno Also, 1969 was when the US landed on the moon; could that have been payback??? #yikes 🚀🌕😳

But of course, aliens existing has never been proven. UFOs and alien encounters will always be one of those things written off as crazy talk. There’s no surprise that a lot of people think Berkshires UFO was a massive hoax. There were no police or newspaper records about sightings on the night either.

People think the stories may have been made up for fame, to sell the stories or to just cause general chaos in the local area. It wouldn’t be the first time people have made up these kinds of stories, there are full studies into why people make up encounters with aliens.

There hasn’t really been any other credible explanations for what happened, if anything, on that night in 1969. Other UFO sightings, some of which were spotted by the Navy as mentioned in the Netflix series, have been called “unidentified aerial phenomena” – but not UFOs or possible alien sightings. Other experiences have been passed off as planes, balloons, drones or birds. But none of these seem to fit the bill for what happened in the Berkshires case.

If the stories told are true, maybe it was something else completely crazy? I guess we will never know.

If you have any information about this, or any of the cases in the Unsolved Mysteries series, you can submit it via the Unsolved website.

• What happened to Rey Rivera from Netflix’s Unsolved Mysteries? These are the theories