If you’ve binge watched all 12 episodes of Normal People and have gotten over your rollercoaster of emotions and excessive sobbing, chances are you’re probably gagging for more of that pain, frustration and realistic depiction of relationships. Aside from reading the original book, there are plenty of books like Normal People which will fill that Sally Rooney void.

Whether you want a coming of age story, a romantic struggle over a long period of time or just pure aesthetic artsy vibes then there are plenty of books that have either one of those elements or combine all three into a novel.

These are some of the best books like Normal People:

Conversations with Friends by Sally Rooney

Yes it’s a rather obvious choice, but if you liked Normal People, chances are you enjoy Sally Rooney’s tone of voice, so you’ll definitely enjoy her other novel Conversations with Friends.

The novel is about students in Dublin, again very similar to Normal People. Conversations with Friends centres around the relationships between Frances, Bobbi, Nick and Melissa.

Frances is 21-years-old and Bobbi is her ex lover turned friend. Frances is having an affair with older married man Nick, whilst Francis and Bobbi are drawn in by Nicks’s wife Melissa’s impressive journalism career. And it’s been adapted into a TV series, so yet another excuse to read it.

The Flatshare by Beth O’Leary

If you enjoyed the tension of the “will they, won’t they” relationship of Marianne and Connell, then you’ll enjoy The Flatshare by Beth O’Leary.

The novel is about Tiffany and Leon who share a one bedroom flat but have never met. They work opposite shift patterns and so share the flat but don’t actually see each other.

It’s been described as “deliciously funny and truly uplifting” so if you need something to perk you up after the heartbreak that is Normal People, then go for this.

One Day by David Nicholls

People either love One Day or they really hate it. The novel has sold millions of copies and will be a great read if you enjoyed following two people’s love over a number of years.

One Day is about Emma and Dexter who meet on their graduation night and it follows their journey together on the same day across 20 years.

The novel has been described as “an unputdownable romance for the 21st century” and it’s been adapted into a film with Anne Hathaway for when you finish the book.

I haven’t picked this novel purely because it sounds like Normal People. Ordinary People is about two couples in 2008 South London and is an intimate look at their relationships, sex, friendship and the fragility of love.

The novel also focuses on black and mixed race experiences in the suburbs amongst the backdrop of the 2008 Obama election.

Rubyfruit Jungle was originally published in the 1970s and was seen as a landmark novel for its exploration into lesbianism and is a coming of age novel.

The novel follows the early life of Molly, who is adopted and has several relationships with girls at a young age. She is smart and ends up hitchhiking to New York to learn film making and lives in lesbian communities.

Tender came out in 2015 and is very similar to the plot of Normal People. The novel is about two young people in Dublin, Catherine and James. Catherine is a student and James is a struggling artist and they’ve both moved to the city from rural communities.

The novel explores complex relationships, friendship and growing up. The Guardian described the novel as “richly nuanced and utterly absorbing”.

Call Me By Your Name by Andre Aciman

Were you watching Normal People and thinking hmm some of those scenes really look like Call Me By Your Name? And if you were obsessed with the aesthetic and heartbreaking love, then you need to actually read Call Me By Your Name rather than just drooling over Timothée Chalamet in the adaption.

Call Me By Your Name is based in the Italian Riveria in the 1980s. It’s about 17-year-old Elio who falls for American post graduate student Oliver who is staying with Elio’s family for the summer. 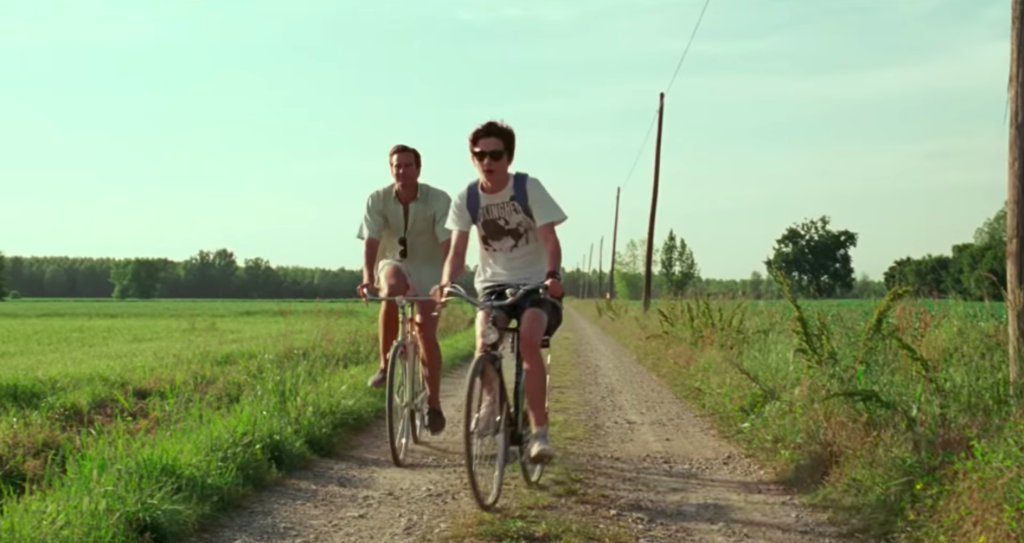 In the reviews, the novel was described as “brave, acute, elated, naked, brutal, tender, humane and beautiful.” And if that doesn’t sound exactly like Normal People, well I don’t know what does.

The Idiot by Elif Batuman

The Idiot is about a Turkish American girl from New Jersey who goes to Harvard to study literature and linguistics.

It focuses on how overwhelming she finds university life and her complex relationships with other students. Sounds a lot like Connell to me.

This book was everywhere last year and is a hilarious novel about growing up in Britain. Queenie is about a young woman who grows up in a Jamaican British family and feels misunderstood and is struggling with her relationship and her job.

The novel follows her journey with toxic relationships, mental health and looks at issues such as race and consent. The novel was shortlisted for the Women’s Prize for Fiction and was named one of the best books in 2019.

The Interestings by Meg Wolitzer

The Interestings is a novel that answers the question of what actually happens to all the cool people you knew when you were younger. It’s about a group of six friends who meet at an art camp in the 1970s and then explores what happens to them decades later.

Some of them become mega successful, whereas others are struggling or give up their artistic ambitions. David Sedaris described the novel as “a truly great novel about friendship, and how it deepens and changes over the years.”

A Theatre for Dreamers by Polly Samson

This novel only came out at the beginning of April and has already had rave reviews from Dolly Alderton and Nigella Lawson. So you don’t really need anyone else’s opinion on it.

Set on a Greek island in the 1960s, it will definitely give you the aesthetic feel of the Normal People abroad scenes. A Theatre for Dreamers is about a teenager called Erica who turns up to this island filled with a social circle of arty and bohemian people, including a young Leonard Cohen.

Erica joins the circle and watches from the edge whilst dealing with her mother’s death.