Students are facing a fight to get out of paying thousands in rent for private halls they’re unable to stay in after the government announced lockdown on Monday.

Despite unis letting students off and big providers taking financial hits to let students move home, students across the country are still facing delay and refusal when trying to get out of their private rental contracts.

Unable to return to the rooms, feeling unsafe in shared kitchens, or trying to get closure before returning home, students are losing out financially as some companies play hardball.

Delphi: “I think I’m going to lose around £2,500 for a studio and facilities I am not using” 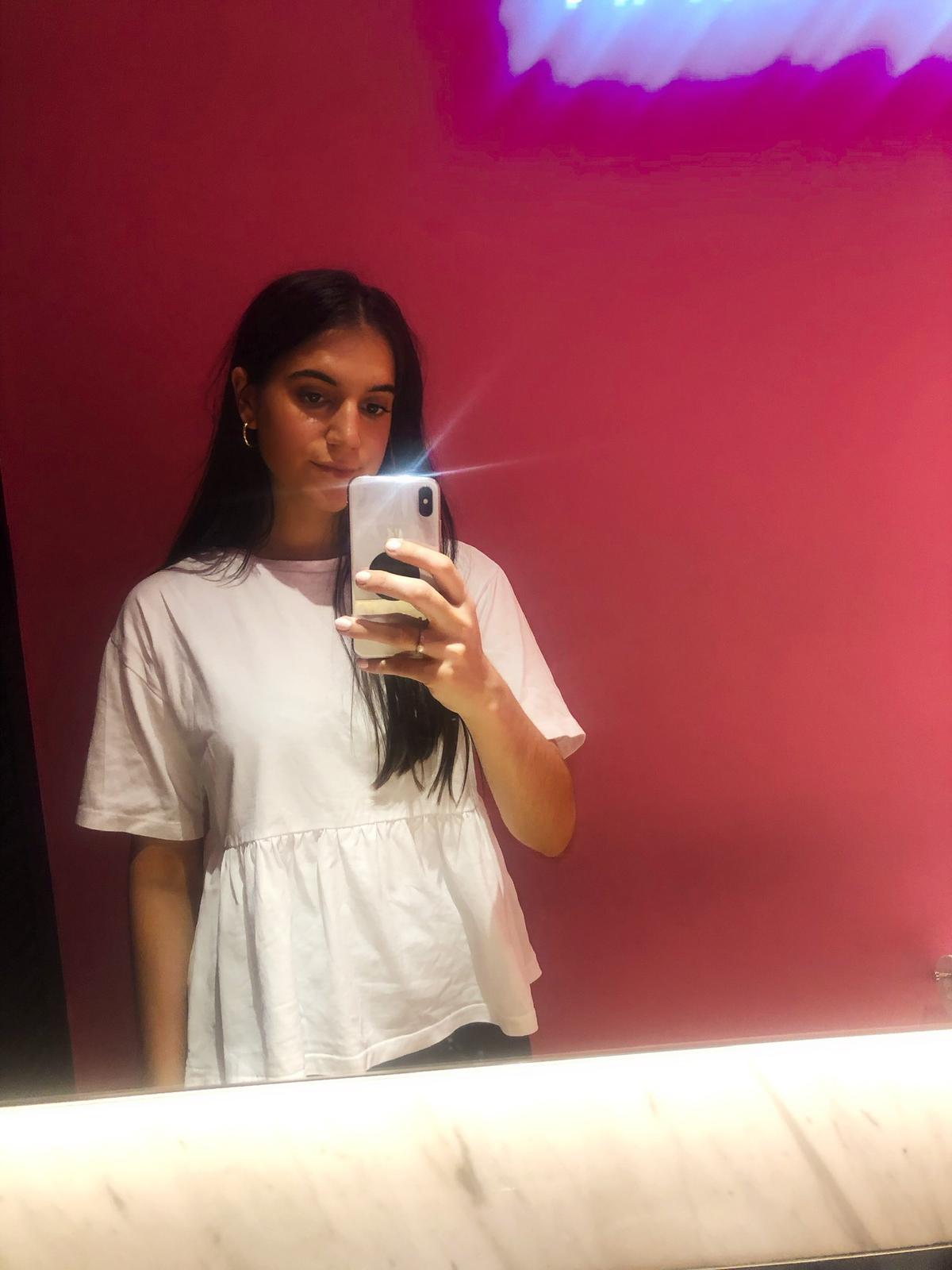 “My parents don’t pay any money to me,” she says. “I’m willing to support myself and I actually saved a lot of money for my placement yet in order to be able to afford such nice accommodation.” Delphi paid for the whole year upfront because it was cheaper than paying monthly

However, like countless others, Delphi has had to leave and go home halfway through the final teaching term of her degree. She initially left two weeks ago, and returned to get her things after all her classes were cancelled. “I don’t have any intention of going back. Everything’s online,” says Delphi.

Before coronavirus, Delphi was trying to find someone to fill her room so she didn’t have to pay rent for summer after her exams finished. When she left halls amid the coronavirus crisis, she emailed Vita, who run her halls, about whether she’d have to pay rent for the months until then “they said we can’t do anything about it. And you need to find someone to fill your room as well for the next three months before that other person takes over”.

Not satisfied, Delphi asked again and got directed upwards. A more senior manager replied yesterday refusing her request to end her contract, citing Vita’s high international student rate and the need to keep blocks open. “Any refunds at this stage would put the ongoing running of the estate at risk and we are committed to keeping sites open and a roof over the head for those who need it,” the manager replied, in emails seen by The Tab.

However, they left the door open and said they may offer reimbursement, but not for a while: “If our situation further on in the summer becomes more like the other accommodation suppliers and we decide to close.”

This has left Delphi anxious. “I think I’m going to lose around £2500 for a studio and facilities I am not using,” she told The Tab.

“There is something that can be done, and it’s not being done, and that is really unfair. I am annoyed, I’m frustrated, I guess and I just really want my money back.

“It’s our final year. We’re missing out on like graduation, we’re missing out on all those final things and the excitement of the last term and everyone’s so under pressure to still do well and be motivated. Then there’s the added stress of like getting your rent money back.”

Louis: “Nobody could have guessed this would have happened” 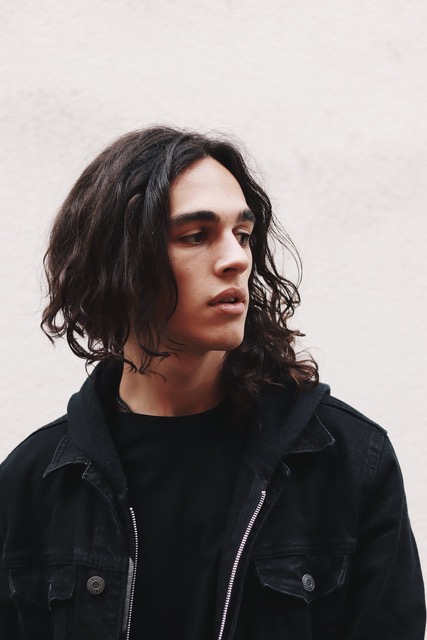 Louis Harrison missed out on uni-provided halls in Brighton, so rented a room with iQ Student Accommodation. The Chichester Uni student moved out after his uni shut down and he lost his job. He’s now due to pay £3,500 in rent for next term.

“I picked up one of my guitars and packed my bag with as much as I could fit into it,” Louis told The Tab. “I’ve since been trying desperately to get out of paying the next term of rent when I’m not going to be in the room.

“Nobody could have guessed this would have happened. So I didn’t think that the contract was in the same position that it was when I signed up.”

Louis emailed iQ asking to terminate his contract, mentioning concerns for his own safety over using a shared kitchen. “Whilst I acknowledge that the dangers posed by contraction of Covid-19 are the fault of neither party, it is clearly a health and safety issue to remain within the premises, and I am left with little option but to withdraw,” he wrote.

On Monday, the company replied saying: “After careful consideration, we are unable to release you from your tenancy. As far as we’re aware, this is consistent with the approach being taken by university halls, other purpose built student accommodation and private sector landlords.” They added that they’d be in touch if the position changed. Louis sent another email but hasn’t heard back.

Yesterday at midday, iQ put a statement up on their website, saying: “We understand that these are uncertain and difficult times. We are considering what we can do to support students who need to check out before the end of the academic year.”

In the meantime, Louis feels he’s been met with delay and reticence. “It feels like they’re trying absolutely everything they can to provide a reason as to why you can’t just cancel the contract and move out.”

Di: “It’s clearly obvious that students’ universities are closed. So what are they paying for?”

After seeing some students were getting let out of their contracts but not others, law student Di made a petition calling on the government to “Release Students Affected By Covid-19 From Their Tenancies Early With No Penalty”. 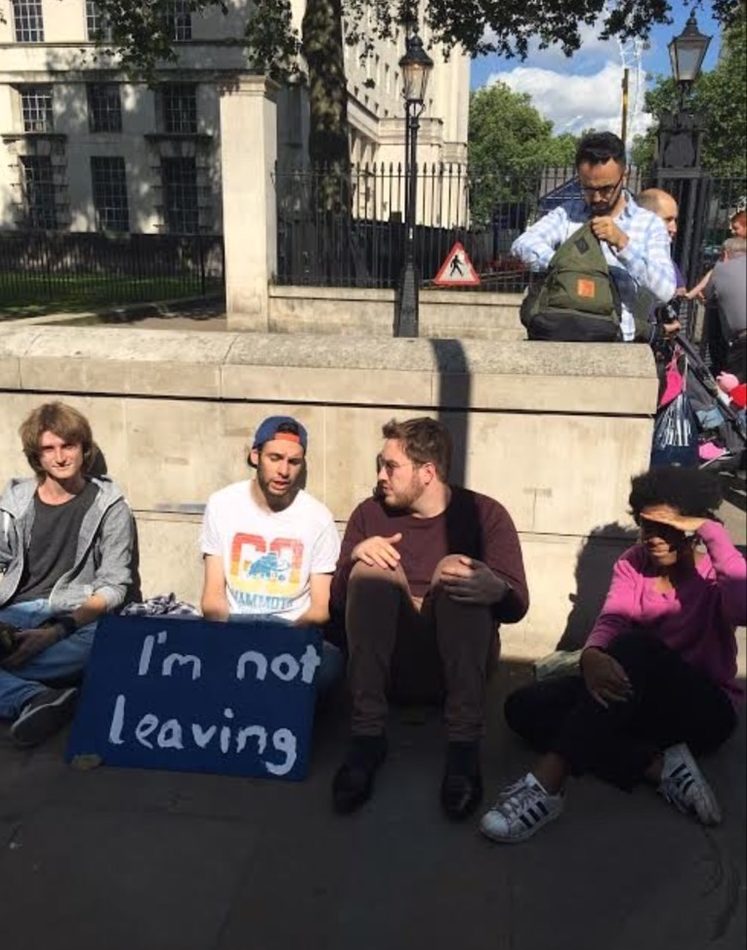 About to start her LPC at the Uni of Law, Di told The Tab: “How is it fair? Landlords have got rent holidays, it’s clearly obvious that students’ universities are closed. So what are they paying for?”

Nikolay: “I’m not sure if I’ll able to be come back from Bulgaria”

Nikolay Tsanov, a second year computer science student at Strathclyde, is trying to end his tenancy so he can return to Bulgaria while it’s still possible.

He pays £745 a month for a studio flat with his girlfriend in Glasgow’s Foundry Courtyard, run by Fresh Student Living.

Bulgaria is in a stricter lockdown than the UK, and Nikolay says “I’m not sure if I go back to Bulgaria when I will be able to come back here.”

Flights keep getting cancelled, and “it’s getting pretty, pretty hard to actually book flights to go back,” Nikolay told The Tab.

Nikolay emailed Fresh Student Living asking to terminate his contract, but the reply said: “Unfortunately I cannot give you any answers as it is not the onsite team or Fresh that make these decisions, if there are any changes it will come from the owners of the building.

“We will let you know as soon as we get an update.”

Nikolay says it’s frustrating not being able to know what him and his girlfriend are able to do: “Waiting for the company to respond so we can actually remove ourselves from the studio somewhere else and we can leave properly. That’s the main issue.”

Emma: “If I can’t get out of the contract I’m not sure what to do as I can’t afford to pay for it”

Emma is due to move into a Unite halls when she starts at Leeds in September. However, since the coronavirus crisis started, “I have lost a lot of money, as many people have,” she tells The Tab. “This room is way too expensive for me now and I can’t afford it.”

“I have asked if I can be let out of my tenancy starting in September.”

Unite, who rent rooms to 50,000 students around the country, said they’d be allowing current students to leave if they wanted to. However, they’re not extending that to students trying to cancel tenancies they haven’t even begun yet.

Emma sent emails but says she didn’t get a reply, so messaged Unite on Twitter. The company told her yesterday, as news broke that they were letting students out of existing tenancies, that “we’re not releasing students from their tenancies for 2020/21. Our update yesterday was in relation to students living with us at the moment.”

For Emma, this has left her in the lurch, especially given Unite’s willingness to let existing tenants out of their contracts. “If I can’t get out of the contract I’m not sure what to do as I can’t afford to pay for it,” she told The Tab.

“I also don’t think they realise how easy it would be for them to find someone to take my room who will be able to pay for it, considering it starts in September.”

• You’ll get your student loan next term, even if your uni has stopped teaching