The episodes were filmed all around South Wales. Filming for the first series took place in the Wye Valley in England and Wales, including locations in Llandogo, Tintern, and Penarth. In season two it’s back to these places, with a few new areas visited along the way. Here are all the filming locations used in Sex Education season two on Netflix.

The school campus in Sex Education is absolutely stunning. Scenes at Moordale High School are filmed on a disused campus of University of South Wales in Caerleon. Caerleon is in the northern outskirts of Newport.

The Caerleon campus at USW shut permanently in 2016. Sex Education started using it as one of its filming locations during season one in 2018.

The school hall scenes are shot in The Paget Rooms, Victoria Road, Penarth. The Paget Rooms is a Grade II listed theatre built in the early part of the 20th century. As the town’s public hall, it is used for a variety of local events. It hosts theatre productions, concerts and is a popular local wedding venue.

The bridge Otis and Eric often cycle over to school is also nearby. This is the Old Railway Bridge at Tintern, which is part of the Wye Valley Walk. 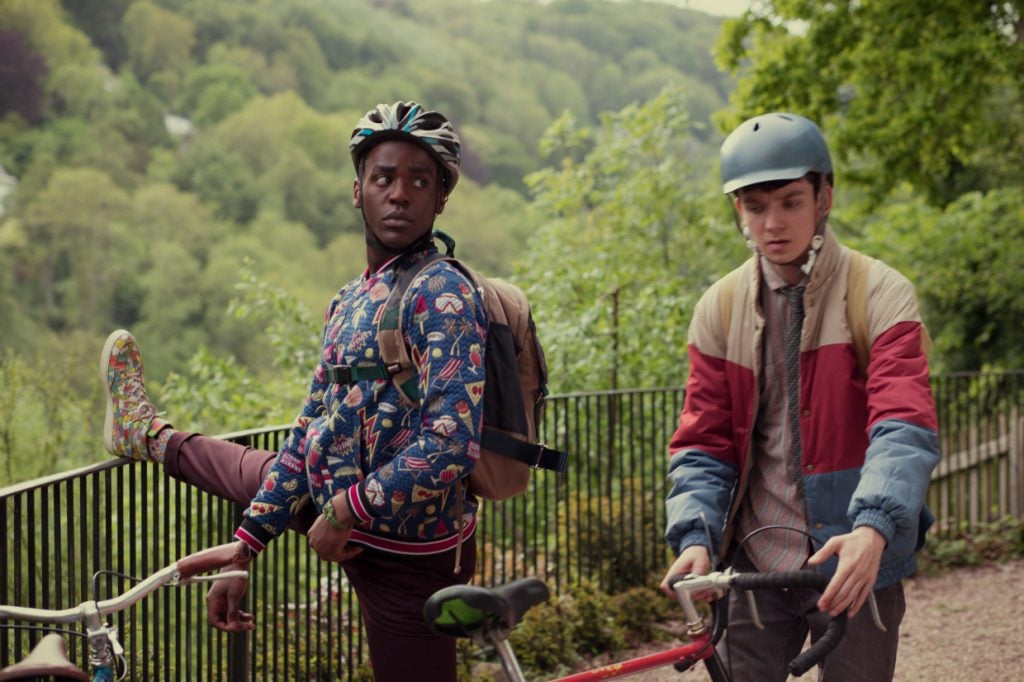 Otis and Eric cycling across a bridge over the River Wye

The Otis household is in the Wye Valley, Wales. In real life the house is actually a bed and breakfast chalet. 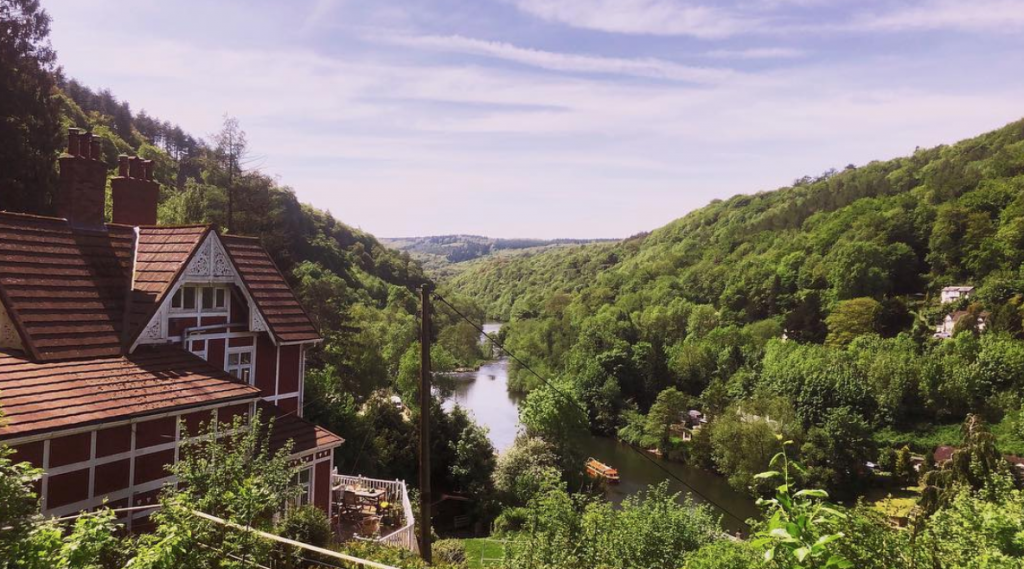 The Twitter account for The Forest of Dean and Wye Valley posted during season one, saying: “Have you recognised the Wye Valley in @netflix series ‘Sex Education’ with @GillianA? It was filmed all over here including at Symonds Yat, Tintern, and Llandogo plus at Sterrett’s Caravan Park!”

Symonds Yat is a village in the Wye Valley with the River Wye running through it. The River Wye is often seen in shots behind Otis’ house.

According to the tweet by The Forest of Dean and Wye Valley, Sterrett’s Caravan Park was a filming location for Sex Education. We can assume this is where the caravan Maeve is living in is located. The caravan park is in Symonds Yat, which is right next to the River Wye.

Aimee’s home is Bigsweir House, which is overlooking the banks of the River Wye on the Wales-England border. It’s a Grade II-listed building which was rebuilt in 1740. The owner of the house, Caroline Hopkinson, told the Guardian: “We thoroughly enjoyed having the crew here, although I guess more exposure for this area could have some disadvantages.” 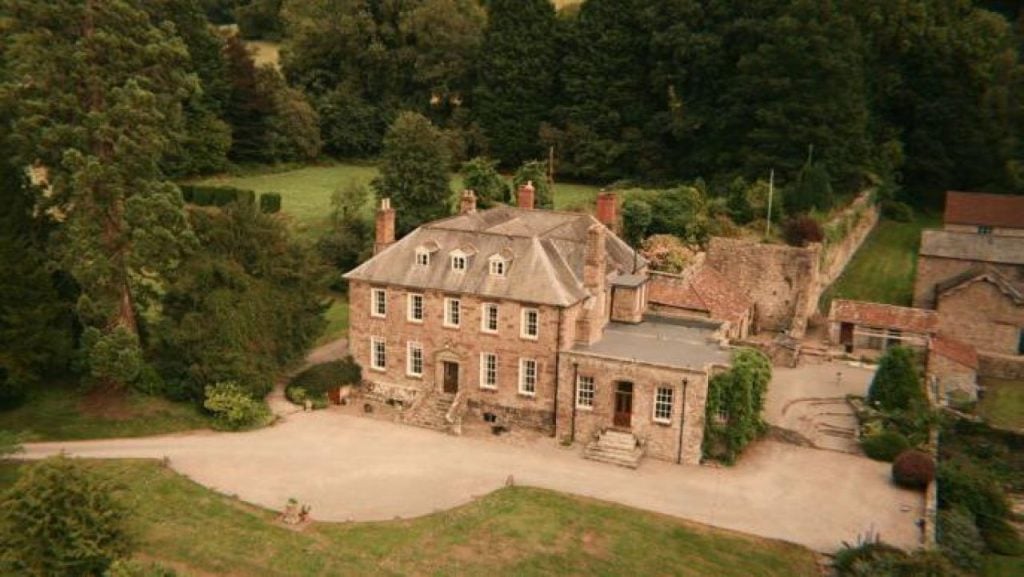 Caroline’s 23-year-old son, Rory, was offered the role of an extra during season one and now he is considering a career in entertainment.

Eric lives in a house in Old Farm House Mews, which is in Wye Valley. 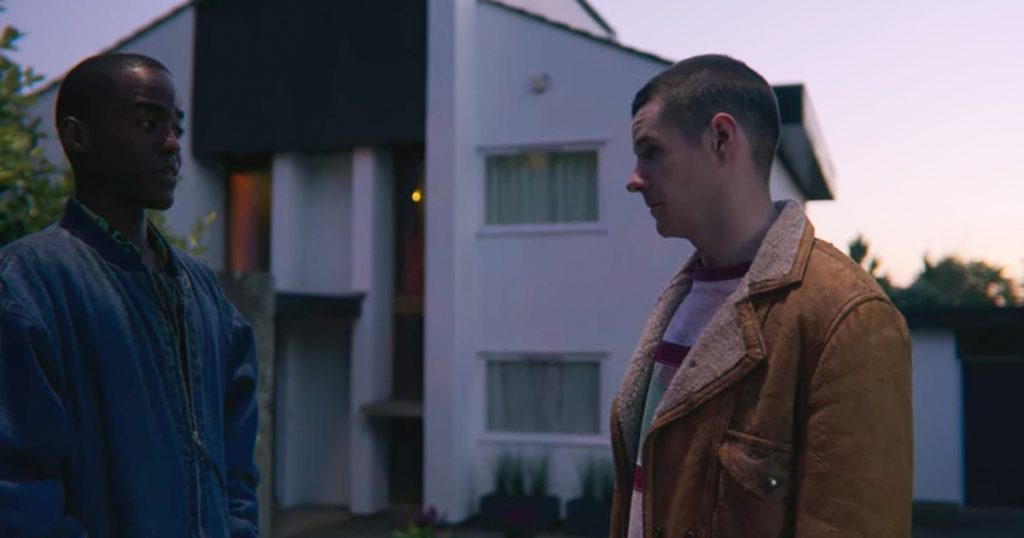 The fairground that the cast visit in season two is filmed in Vauxhall Fields, Rockfield Road, Monmouth. This is just west of Symonds Yat, another of the Sex Education filming locations.

The swimming scenes during Sex Education were shot in the Newport International Sports Village. 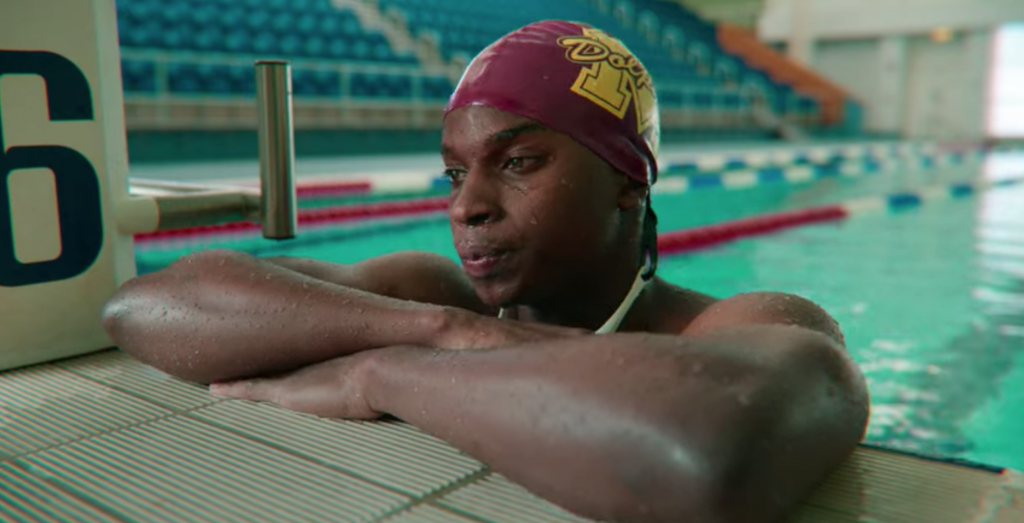 The running track which Otis has to awkwardly run off during season two episode one is at Cwmbran Stadium, Henllys Way, Cwmbran. This is a bit further away, just north of Newport.

The shop Ola and Adam work in and Rahim lives above is in Llandudno, a coastal town in north Wales. Brown’s is a real shop, named after its owners and was established in 1928.

Roger Brown has been running the store with his wife Ruth since 1958. He told the Guardian: “We are being asked about the show continually now. It is amazing. And I haven’t even seen it yet as I don’t have Netflix. People stop when they see our name, which they kept for the show. So it is doing very well for us, which is lovely.” 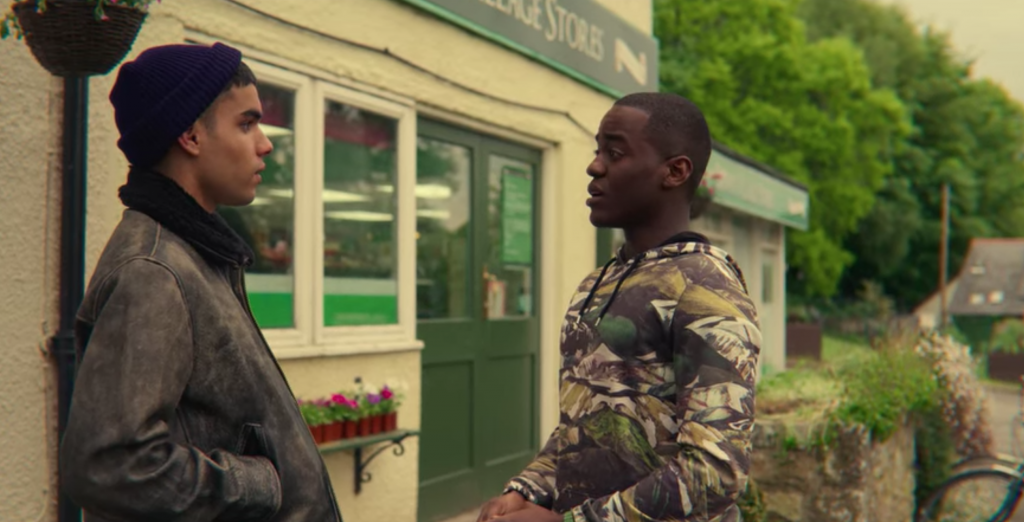 At the end of series one, Adam is sent off to military school. We see him there during season two. Where he goes in the show is called Mountainside Military School. 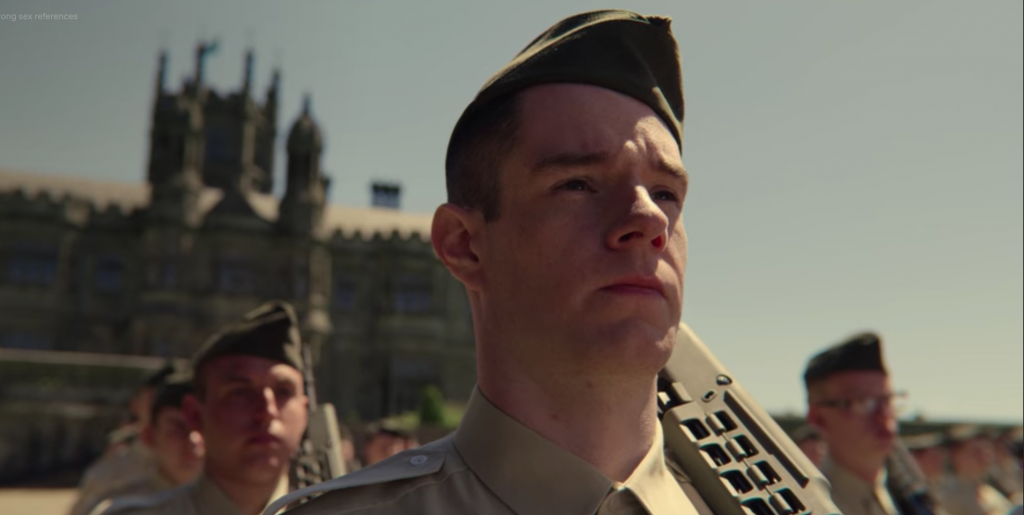 In real life, the exterior of the school is actually Margam Country Park and Castle, which is a Grade 1 listed mansion built in 1830. The castle grounds are amazing. The castle has an octagonal tower and there’s an orangery with orange and lemon trees there.

When is the show set?

The show looks as though it’s straight out of an 1980s film set. The cast wear ’80s inspired clothing and match the vintage interiors of all their houses. However, the show is littered with references to the modern day, including music and culture references – so it is set in current years.

Because you were all wondering it, which Sex Education character is your uni?