Student suicide figures have been underestimated for years, with errors of over 20 per cent leading to the true extent of the problem facing universities being obscured.

You might have seen a figure of 134 student suicides in 2015. It's one we've used before. It's also been used by the Independent, BBC, and the Guardian when talking about the number of student suicides at UK universities.

And that number has risen. In 2016, 183 students at UK universities took their own lives, according to figures from the Office of National Statistics. 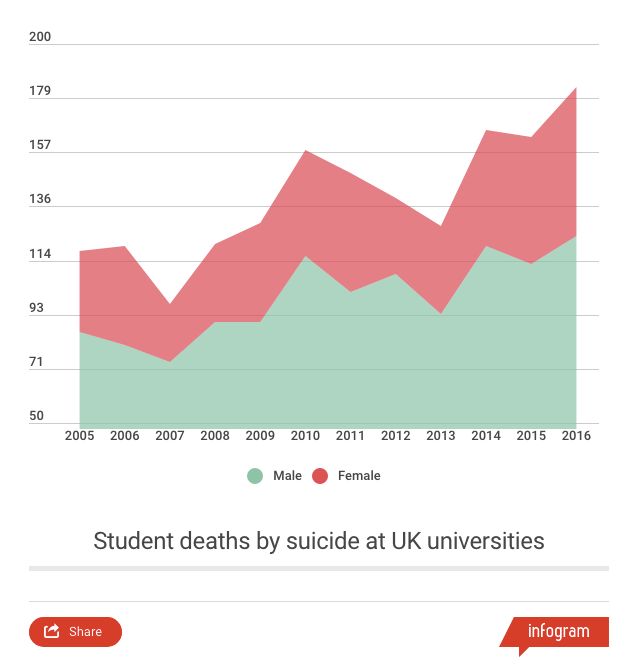 To cut to the point: how can universities effectively tackle a problem like this when everybody's not even on the same page about the extent of it?

A figure which doesn't take into account numbers from Scotland and Northern Ireland is presented as a UK-wide number. One source of this figure is a 2017 report into student mental health – "Not by Degrees", from think-tank IPPR, which gets its numbers from the ONS.

Although the 134 number is clarified later in the report as one for England and Wales, in the opening summary of the report, which is funded by Universities UK and subtitled "Improving student mental health in the UK's universities", it's presented without this context.

And, in news reports which reference this report, it's been presented as the UK-wide figure.

The problem is, it's 21 per cent smaller than the real number of students to die by suicide.

"No authority has taken responsibility for ensuring that student suicide figures are reported timely and accurately," Pinkney told The Tab. He argues it's a situation which should be concerning to "all stakeholders in student welfare".

"The figures were supplied without any indication that they might be inaccurate," he writes on Medium. 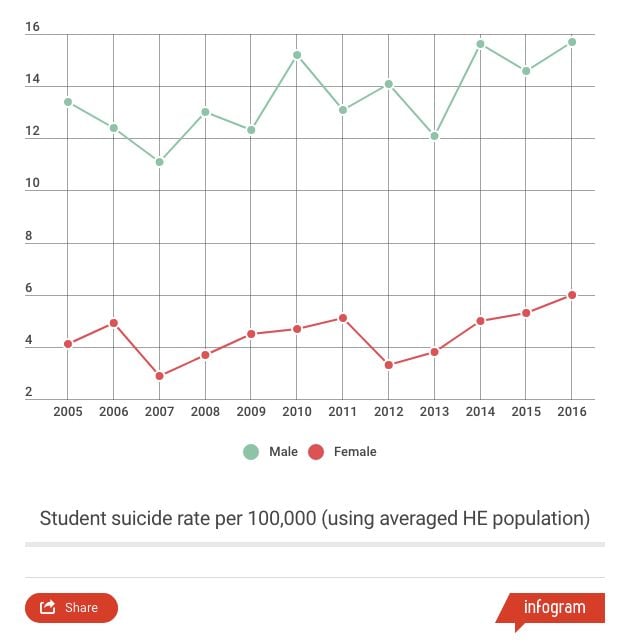 Our recent university Mental Health Rankings show universities struggling to deal with a crisis in student mental health. More students than ever before are telling their universities they've got a mental health condition – a fivefold increase between 2002 and 2015.

Universities are waking up to the huge challenge they're facing in dealing with their students' mental health.

But if the true number of students taking their lives has been underestimated by so much, then the problem is bigger than thought.