Some conspiracy theories are pure trash. Beyonce is obviously way too supple and glowy to be Solange's mum, Melania Trump is not a clone – she's just dumb as hell, Louis Tomlinson's baby is totally real, I saw it on Instagram. But with some theories, old and new, there is just too much compelling evidence. Don't believe me? Allow me to take you on a journey through the most mad convincing hypotheses out there:

This is the greatest thing. pic.twitter.com/kYOPQSY7Ov

In the film, Sam (who's not ginger but use your imagination guys) falls in love with American Joanna. As she boards a plane back to America, he does the Jennifer Aniston-ish rom-com move of running to the airport to stop her. All he gets is a kiss on the cheek and then she leaves.

That is, until Megan or "Joanna" gets a part in Suits, Harry plays snooker naked, joins the army, makes some Channel 4 documentaries before they meet through a mutual friend and announce their engagement in a toe-curling, unbearable TV interview.

I mean that literally is Megan.

Lorde is actually a 45-year-old woman

step into my office!

The pop star has too much wisdom and creative control to be the tender age of 17. She should be speeding in BMWs and smoking weed in Snapchat stories like other child stars.

Outraged that she gets away with this vicious lie? Well 'Lorde Age Truthers' are vigilantly working to expose the pop stars actual age.

In her song Team she sings: "I'm kind of older than I was when I revelled without a care." Does she mean "old" as in no longer eligible for a 16-25 railcard? Or old as in people give up seats for her on the bus?

She also said to fashion writer Tavi Gevinson that The Virgin Suicides "really resonated with me as a teenager. I mean, I am still a teenager." Er stutter much?

In an attempt to provide conclusive evidence, Emma Carmichael paid a $17.02 fee to obtain the birth certificate of one Ella Marija Lani Yelich-O'Connor, d.b.a. Lorde, born November 7, 1996 from the New Zealand Department of International Affairs.

Firstly, this is not a birth certificate. The New Zealand government have provided a document called a "data printout." Convenient? I think so. And what part of New Zealand is California in? Have you heard Lorde? She sounds like a cast member of the Real Housewives of Beverly Hills.

avril lavigne is dead & was replaced by a look alike: a conspiracy theory thread pic.twitter.com/9eearQ2rte

According to #notmyavril warriors, the true Lavigne died in 2003 when she killed herself after the death of her grandfather. Her money hungry record label decided her likeness was too valuable to lose so they replaced her with a lookalike.

For one her eye shape has totally changed:

Okay so I was looking at these and the corners of their eyes are shaped differently and now I'm geeking pic.twitter.com/ag2G37NsSt

So have her birthmarks:

Whichever cloning expert they hired, he's terrible at his job.

Also, Avril married the singer from Nickleback. I mean no punk rock skaterboy princess would get with that slimy looser. He wears wrap around sunglasses – need I say more?

Then she spent mother's day with her mum, even though they're not on speaking terms:

"Avril" just tweeted a pic of her & mother for Mother's Day right? But I thought her mother hadn't seen her in ages pic.twitter.com/32WdTajkri

And how did she go from making emo bangers to becoming a sticky-sweet pop music android?

I mean it must be legit, the "So Much for my Happy Ending" Avril of my teenage years would never of made this shit.

She might have just died her hair blonde, gotten a boob job and lost all musical taste? But like, new Avril looks like a character from The Hills. There's only one solution:

I need somebody to just get Avril Lavigne and Melissa Vandella in the same room or the police needs to get involved.

Tupac wasn't murdered, he faked his own death and is now living in Cuba

According to "history"( if you believe everything they say in the textbooks, nerd), Tupac was killed in Las Vegas in September 1996 when someone shot him multiple times in the chest, arm and thigh. You believe that do you?

There is so much but the most compelling evidence is his connection to renaissance political theorist Niccolo Machiavelli who famously said: "To fool one’s enemies, fake one’s death."

Tupac even went on to adopt the stage name Makavelli – which is an anagram of AM ALIVE K. And the artwork for his album The Don Killuminati reads "Exit 2Pac, Enter Makaveli". Recorded a year before his death, the album sees the rapper predicting his death in songs like “If I Die Tonight”.

But why would he want to fake his death? Well rival gangs were making threats against him and he was bored of fame.

To prove it here's Tupac and Rihanna looking like they are in some lush club pic at TupTup:

So this just surfaced…Rihanna was 8 when Tupac supposedly died. I knew he was alive!!! pic.twitter.com/KNKf0uOzRH

Hmmm Tupac is alive and working?!?

He literally said, "AM ALIVE K". That's what I text my mum when she's asking me when I'm getting a taxi home from town and I open my phone and I have 7 different missed calls from her. I am still breathing.

Taylor Swift is the high priestess of Satanism

update in reference to that convo

We all know "Taylor" loves revenge, I mean 9.99/10 of her songs are about it. It makes total sense that she's a devil worshipper.

Well according to the internet Swift is actually Zeena LaVey (a high priestess of the Church of Satan between 1985 and 1990). They reckon she used black magic to start a pop career.

She defs hexed Tom Hiddleston. Why else would he wear a t-shirt with her name on it? So shaming.

I mean how else did she persuade millions to download Love Story onto their iPods?

Prince George is too cute to be human, the royal family made a robot to sell us things

If you were going to imagine a Prince, he would have the squidgy little angelic face of George. I mean look at his teeny, weeny button nose.

But why would the royal family craft a masochistically cute robot baby? So they can use him to sell products that they have a stake in – obviously.

Look at him whispering "hi":

Prince George saying HI to the head mistress is the cutest thing that ever happened today.
September 7,2017. pic.twitter.com/JpvF7JyHeE

It's too much, my insides are burning.

There's also scientific proof of his otherworldly intelligence and raw skill, akin to an X Men character. Speaking to The Daily Mail, Dr Antonia Milner of the Sydney Children's Hospital said: "He looks like a very mobile baby who actively plays with toys and crawls around and he could be almost walking which is very good at nine months".

Now look at how many products sell out on contact with George. E.g. the moccasins he wore on his first day of school: 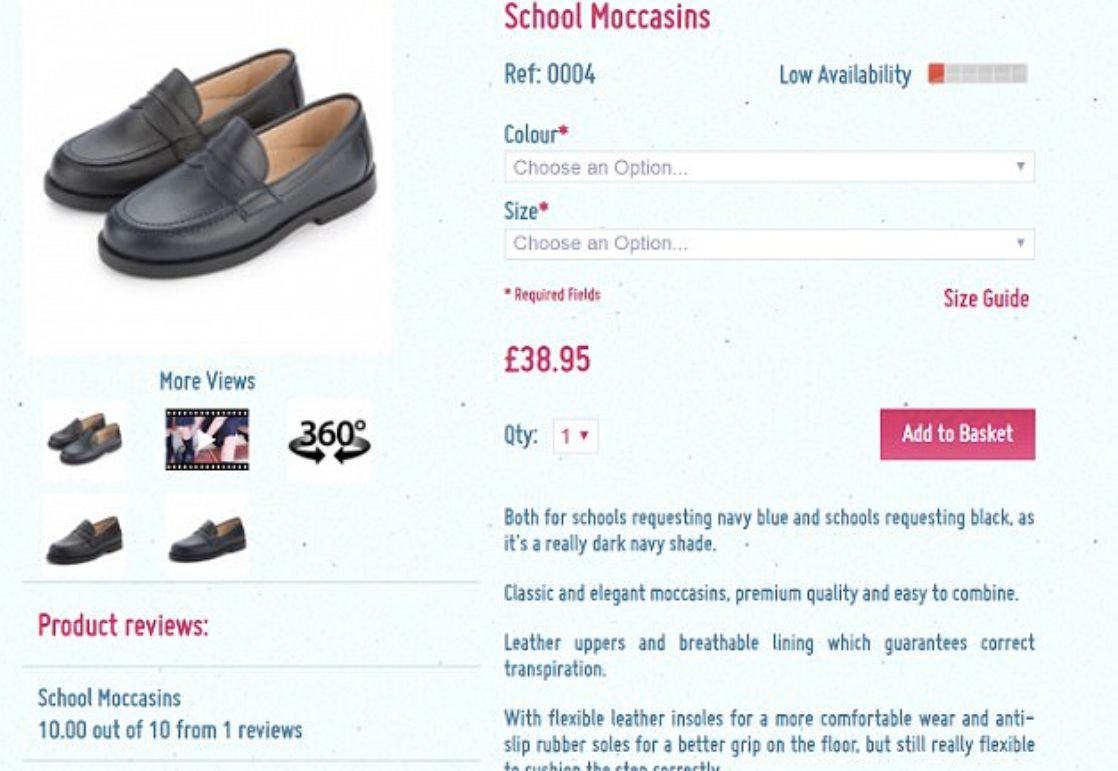 The checked shirt he wore to Poland sold out in 24 hours after he was papped in it: 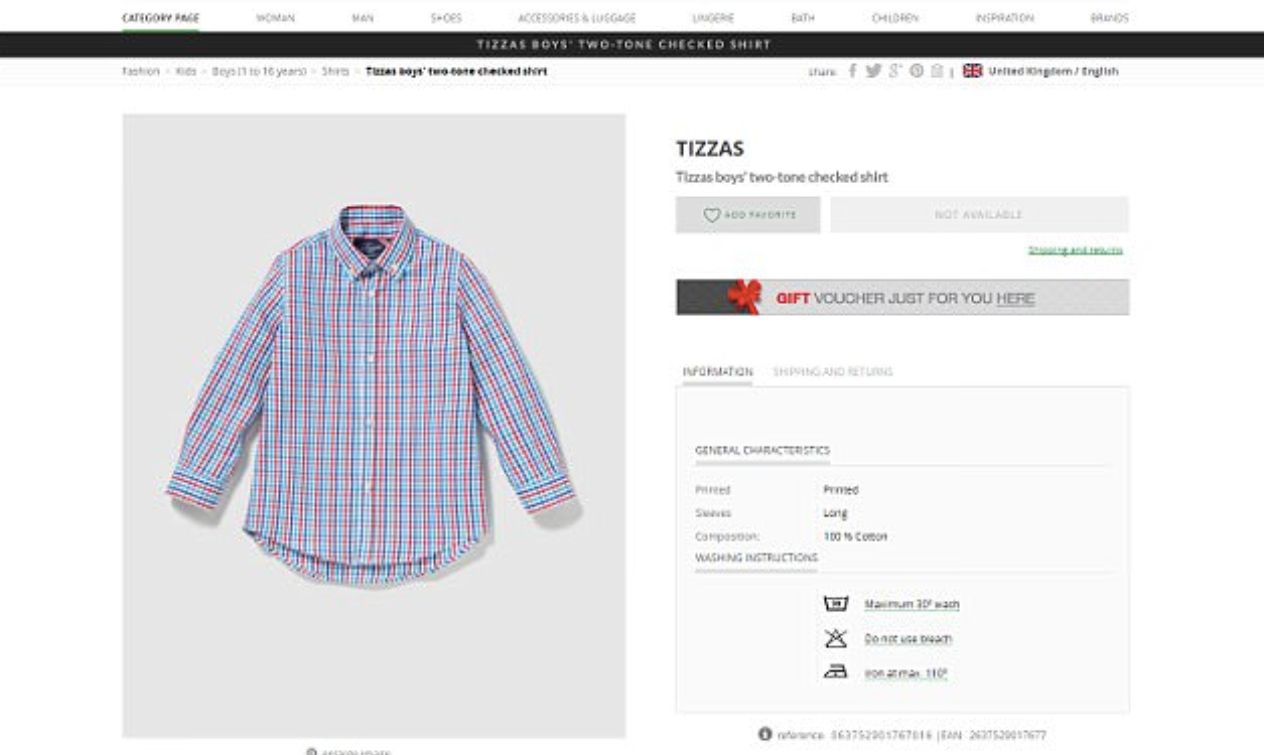 And, when puy lentils were revealed as a key ingredient on the food menu at his £18,000-a-year school, public demand for the small black fibrous food skyrocketed. Antoine Wassner, head of lentil firm Sabarot, told L'Express newspaper in France: "It's the "star effect".

Well the royals are comfortably avoiding tax. I wouldn't be surprised if they'd made a fake baby to sell us things.