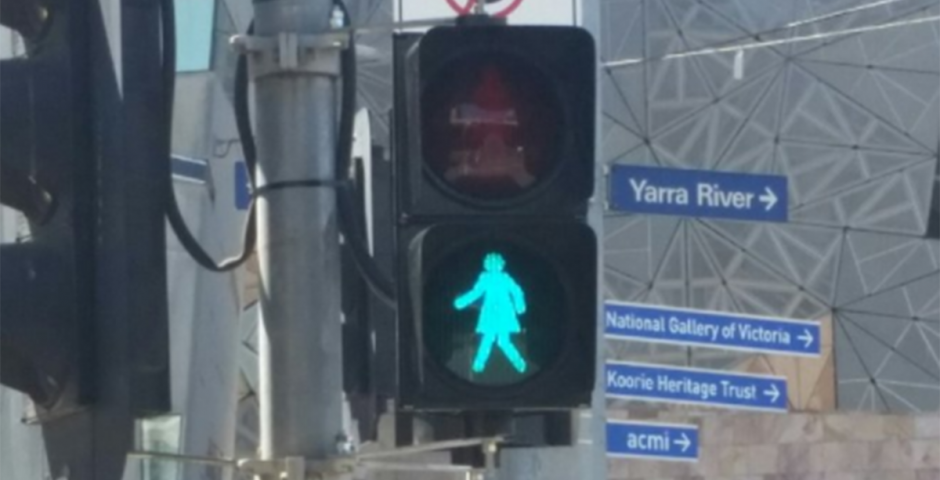 At last, after years of feminist struggle, there’s a female traffic light so we can finally walk across the road

Any news on the gender pay gap or right to choose? Nah? OK sweet

If you had to guess, like, Mastermind scenario, if you had to answer ‘what’s the biggest struggle modern women have faced that feminism has yet to address’ what would you say?

No no mate none of that – don’t be silly. It’s obviously the fact that women in Australia can’t cross the road without being advised by traffic lights in general. Previously, for years now, they’ve been restricted to the pavements, gazing wistfully at the men who cross to the other side, hoping that one day that freedom would belong to them. And now, hurrah, it is!

There's even a little lady on the new instructions for pedestrians @7NewsMelbourne pic.twitter.com/2GWU7flUCA

CEO Martine Letts said: “There was unconscious bias built into our brains because we are accustomed to seeing a male figure. If we see more female figures on traffic lights that might also have a positive impact on changing the way we view the world.”

Look, I’m not saying that it’s not a nice idea. But it’s hardly priority is it. In Australia – in Germaine Greer’s home city, ironically – where anti-feminist groups are massively popular and Julia Gillard was forced to call out Tony Abbott’s misogyny in Parliament, it’s hard to believe that this was thought of as groundbreaking.

Understandably, women on Twitter are having a whale of a time pointing out how ridiculous it is. So there’s that, at least.

this is white feminism. wasting time on a traffic light instead of the fact that millions of people are going to lose their healthcare https://t.co/ogdoKSWYWe

this is trivialising equality, why can't we just have the same pay & the right to an abortion?? WE DIDN'T ASK FOR A FUKIN TRAFFIC LIGHT https://t.co/ndTGO4D8e6

yes! we may not have equal pay but at least the traffic light person wears a dress now! https://t.co/jqyEoL2zi2

Finally, this traffic light will get me 35 weeks of maternity leave https://t.co/DgJpTW3Stw

literally who the fuck was worried about lack of representation in a goddamn traffic light signal https://t.co/XeQZR7cRdH

why are we assigning gender to a traffic light signal i am tired https://t.co/ArCt9ELUrI