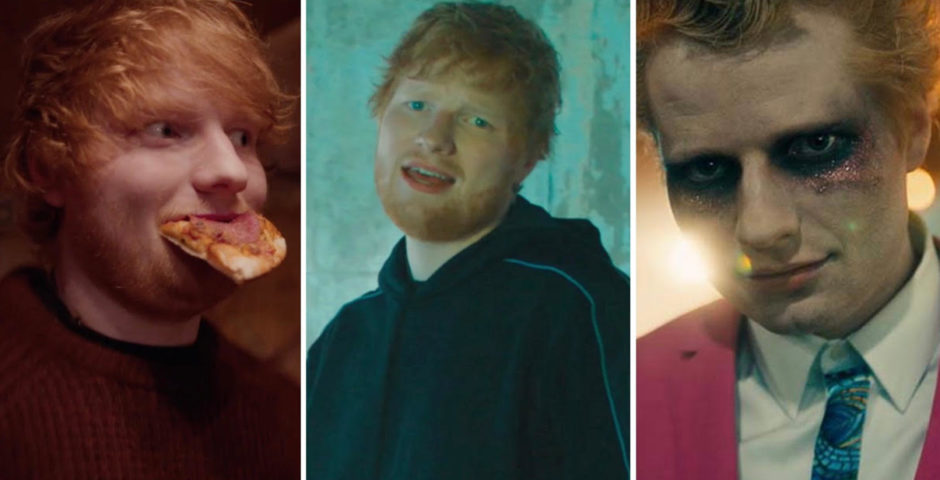 VOTE: They’re all evil, but what’s the worst Ed Sheeran song of all time?

Hating Ed Sheeran is not big and it’s not clever, but it is fun and it is correct. We all have an Ed Sheeran song that makes us want to throw our phones, radios and speakers into the depths of the English Channel and delete our Spotify accounts forever, but which of his haunting and inescapable boring tunes is the worst of all? It’s time to have your say and vote for the worst Ed Sheeran song of all time – officially. Let’s get refreshed on the contenders:

Sadly not the classic telly show, but Ed’s 2010 breakthrough single. If this gets your vote then that is between you and your God, but honestly? It’s not too bad. “White lips, pale face, breathing in snowflakes” had Facebook profile picture captions in a chokehold.

Dare I say it… Drunk is quite good? Sorry! Sorry x

AKA, the one with Ron Weasley titting about in the music video. I’ve just looked in the description for the music video on YouTube and found the fact that it actually says this very amusing: “The official music video for Ed Sheeran – Lego House featuring Rupert Grint from Harry Potter (Ron Weasley)”.

You Need Me, I Don’t Need You

What the Ed Minaj was going on here, then?

Why does Ed Sheeran end up haunting fantasy fiction at every cursed turn? I’m still not over him popping up and singing a little ditty in Game Of Thrones. Who asked for that? Anyway, his tune for The Hobbit: The Desolation of Smaug is actually not too bad if we’re being real. If you think it’s the worst Ed Sheeran song though, MAKE YOUR VOICE HEARD.

This is music to play over montages of X Factor or Britain’s Got Talent auditions and that is all.

It’s called Don’t because that’s what I answer when someone says “I’m putting Ed Sheeran on”.

The absolute python grip of a chokehold this monstrosity has over the heterosexual community is astounding. Put something else on for your first dance, please, I beg!

I’ve literally never heard this song before in my life, but it got to number two in the UK charts so I assume it’s relevant enough to be included? Is it the worst Ed Sheeran song? Not for me to say.

I’ve heard this song at least 20 times in my life and yet if you held a gun to my head and told me to hum the melody I’d simply have to be shot.

Castle On The Hill

In the words of our Lord and Saviour Kim Woodburn: “Trash and scum. And I say that with no regret.”

An objectively cracking pop song, actually. But we must weep forever over the fact it was written for and offered to Rihanna but she turned it down. I want the Rihanna version NOW.

The most evil song ever written by the human hand. Sick, twisted and evil. The fact that queen Saoirse Ronan lowered herself to starring in this music video is my Joker origin story.

How DARE Beyoncé give this her time of day. HOW DARE SHE.

Does Ed Sheeran have any right to be sampling one of the best songs ever yes or no? Quickly?

Even the most hardened Ed Sheeran hater would simple be lying if they said this was his worst song, but here it is anyway.

Sausage Rolls For Everyone

Cast your vote for the worst Ed Sheeran song below:

• Ed Sheeran just got married, but just who is his hockey-playing wife Cherry Seaborn?