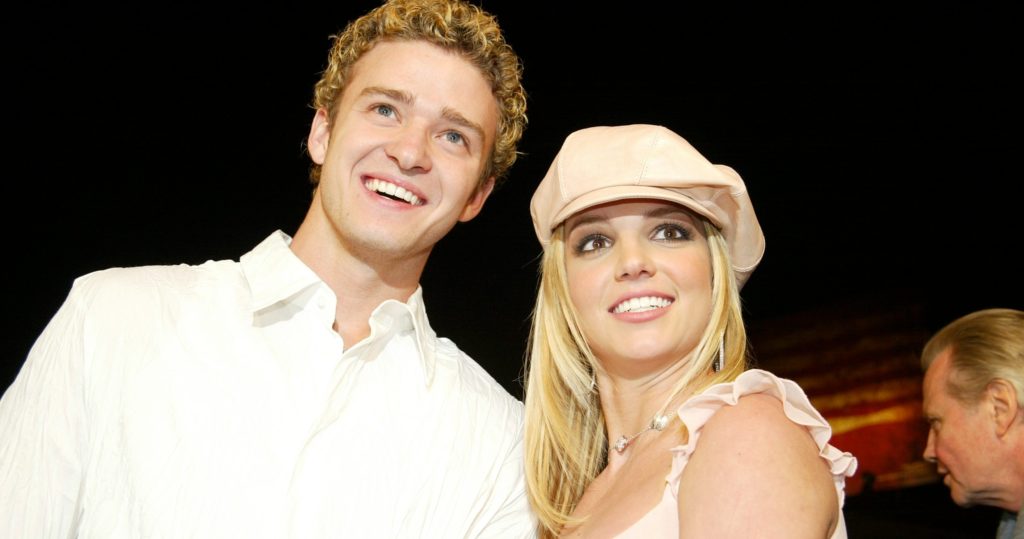 Wait, so why did Britney Spears and Justin Timberlake break up all those years ago?

Their iconic relationship is discussed in the new Britney Spears documentary

Britney hasn’t really left the news since revelations of her conservatorship and the Free Britney campaign. Fans have been eagerly watching her Instagram, trying to decipher calls for help, as well as just enjoying her dancing videos. But now there’s a development in the Britney story, thanks to the release of a new documentary into Britney’s life, called Framing Britney Spears. The documentary explores her father’s conservatorship and the events leading up to this – including her breakdown, as well as her high profile relationship and breakup with Justin Timberlake. The pair’s fallout was tabloid gossip at the time with accusations of cheating, especially after Justin Timberlake’s Cry Me A River video dropped. But why did Britney Spears and Justin Timberlake break up? Did Britney cheat on Justin? Is the Cry Me A River video about Britney? This is everything we know about Britney Spears and Justin Timberlake’s break up:

Why did Britney Spears and Justin Timberlake break up?

Britney and Justin dated in 1999 and broke up in March 2002. Britney was basically the biggest female pop star at the time, releasing her Oops!… I Did It Again album in 2000. Justin had been with boyband NSYNC, but split from the band and released his first album in 2002, the same year him and Britney split.

Neither Britney nor Justin have specifically said why they split up, but there was a rumour Britney cheated on Justin with her choreographer. 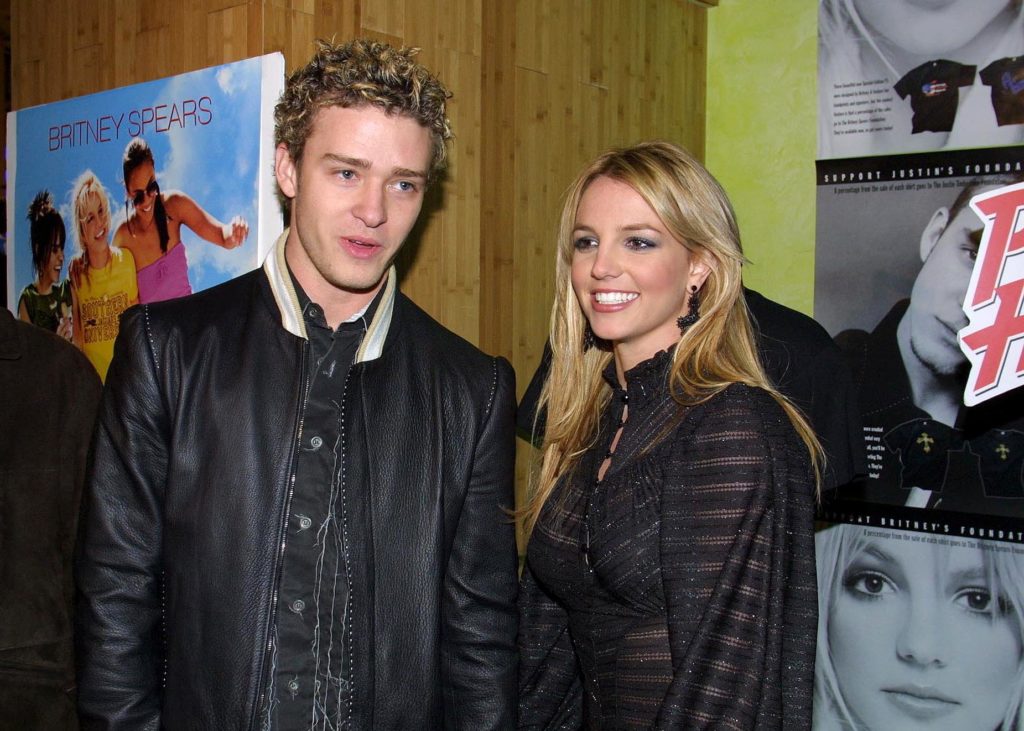 After the split, Justin released his Cry Me A River music video, which features him getting revenge on a woman who has been unfaithful to him, and she looks just like Britney.

In an interview with ABC’s Diane Sawyer, Britney was asked if she cheated on Justin. “You broke his heart, you did something that caused him so much pain, so much suffering. What did you do?” Sawyer asked Spears. Britney answered: “I think everyone has a side of their story to make them feel a certain way…and I’m not technically saying he’s wrong but I’m not technically saying he’s right either.”

In a later interview, Britney told The Sun her and Justin split because they were going in different directions.

“I’m still hurting but I am trying to see it as an experience”, Britney said. “The worst thing is everyone wants to talk to me about it. Everywhere I go people are asking how I am. It’s a strange feeling getting used to being single again but I suppose I’ll have to cope. I’m just starting to get the knack of it because ever since I was 15 I’ve been in a serious relationship.”

Even to this day, neither Britney nor Justin have confirmed if the reason for their break up was because of infidelity. After the Cry Me A River music video, everyone in the industry was asking why did Justin Timberlake and Britney Spears split up – and the pair continually dodged the question in interviews. Justin told Barbara Walters: “I remember when we decided we were going to go our separate ways, we sat down and I said to her, ‘If there’s ever a moment where you ever need me, you can rest assured that I will be there, because I love you as a person and I will always love you.’ But I also said, ‘Look, no matter what we say at this point people are going to speculate things, and I could really get myself in horrible position if I was to say something and somebody misinterpreted, because that happens all the time.’ And I promised her that I wouldn’t say specifically why we broke up.”

However since the release of Framing Britney Spears, people are really pissed at Justin Timberlake, claiming he profited off his and Britney’s breakup by creating a cheating narrative in the Cry Me A River video. Fans are so annoyed they’re literally calling for Justin to issue an apology. The media hounded Britney, and some believe this contributed to her break down, eventually leading to her conservatorship.

Celebrities such as Miley Cyrus, Bette Midler, Sarah Jessica Parker, Sam Smith have all shown their support for Britney since the documentary’s release, including some tweeting the hashtag #FreeBritney.

Framing Britney Spears is available to watch now on Hulu.