If you’re not watching Below Deck on Netflix you need to, like right now

This is a public service announcement to say that if you’re not watching Below Deck on Netflix right now, you really really need to be.

The reality show is all about people working on a luxurious yacht, and it’s the trash TV you need to fill the Selling Sunset void in your life right now. People are calling it “addictive” and a “hot mess” of a show – which it most definitely is.

Here’s everything you need to know, before you add it to your list and inevitably binge watch it all.

Below Deck first aired back in 2013 but the reality show has only recently come over to Netflix. It’s all about a group of people who have never met, and throw themselves straight into working together and living together as crew on a mega yacht. The people they serve and ridiculously rich and can be extremely angry and demanding at times.

Obviously, as any good Netflix trash TV does, the show is also a huge part taken up by the “yachties” private lives – aka what goes on below the deck. They are almost all hot messes, who party too much, argue, are always drunk and fight at any given chance. There’s always juicy gossip on board. 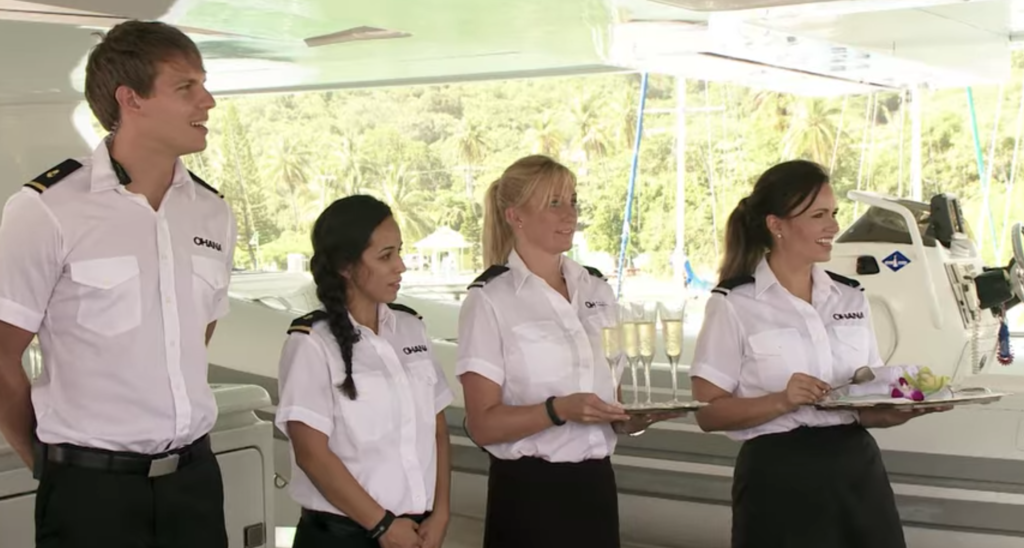 The Netflix synopsis reads: “As staff on a luxury yacht, a young crew navigates life at sea as workplace romances, demanding guests and waves of drama threaten their happy voyage.”

Two seasons of Below Deck are currently available on Netflix, but there have been loads of other seasons made by the channel it first aired on, Bravo. These include a Mediterranean special which is even more dramatic. Other seasons, which are available on Hayu, see them boating around different areas of the world, including Greece and the South of France. 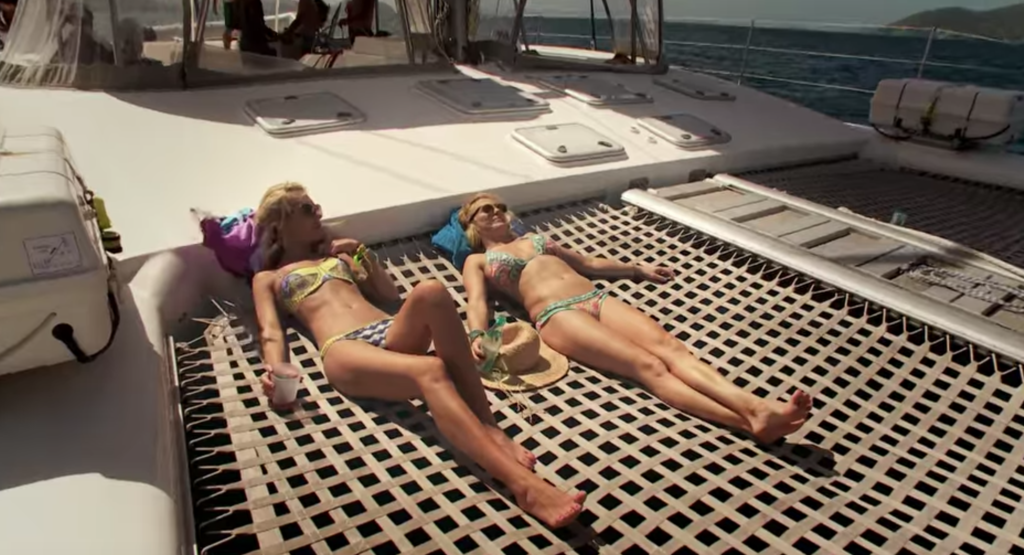 People are hooked on Below Deck on Netflix, saying it’s ‘addictive’ and ‘fantastic trash’

If you need any more convincing that this show is the full scale drama you need in your life, viewers on Twitter are completely sold. In their reviews, some are calling it their new “trashy addiction”, with others adding that it is “wild” and they’re watching it all at once.

New Netflix addiction: Below Deck. Reality TV show about crew on a chartered yacht. So trashy.

What in the hot mess is Below Deck?

when I say I am obsessed with Below Deck on Netflix, I mean I am OBSESSED. Why is watching rich people on yachts so addictive? What is the psychology behind this? Why am i like this?

Below deck is a wild show

If Selling Sunset made you want to work at The Oppenheim Group, this is definitely about to make you want to pack everything up and work on a super yacht.

Two seasons of Below Deck are available on Netflix now. For all the latest Netflix news, drops and memes like The Holy Church of Netflix on Facebook.

• If you love Selling Sunset, you should watch these nine shows next

• If you score 10/13 in this Selling Sunset trivia quiz, apply for a job as a realtor