These are the UK unis taking out the most gigantic loans

Not ranked: Your overdraft

Unis are taking out loans of over £100 million a year as they attempt to finance new campuses, buildings, and expansions, new stats have revealed.

New data compiled by HESA lays bare the sector’s increasing reliance on loans to fund capital expenditure – money put towards anything increasing the value of a uni’s assets.

Northampton, as it builds a shiny new £330m campus, tops the table, taking out a whisker short of £300m in loans in one year.

Such is the level of Northampton’s debt, it was placed under sanctions by the treasury over fears it didn’t have enough cash. However, the sanctions have since been lifted.

UCL came in second place, taking out £141m in loans. The uni is investing £1.25 billion over 10 years as part of its “Transforming UCL” project, including a new campus in East London.

Check out the top 20 unis taking out the biggest loans: 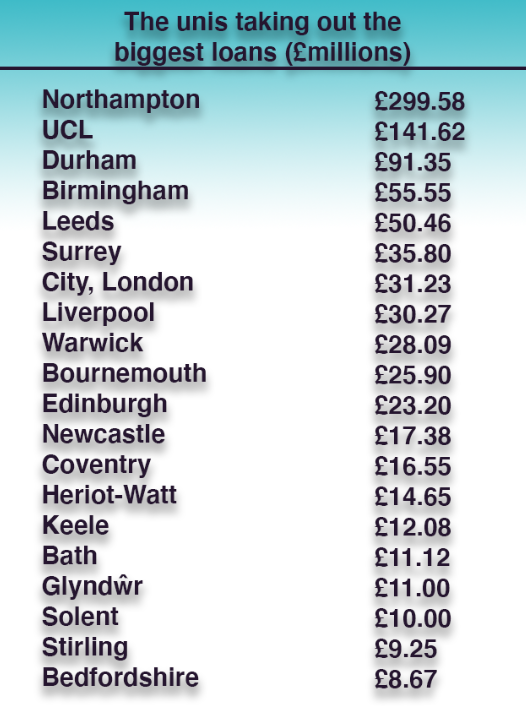