Hold on, did Jeff Lowe just say there’s going to be season two of Tiger King?

The producers have said there’s more to come too

Tiger King on Netflix was fit to overflowing with drama and shocking moments. It gave us the strangest insight into the big cat zoo industry we didn’t know we needed until we had it. But it looks as though there could be even more where that came from – because there was just a huge hint dropped that Tiger King season two could be on the horizon.

None other than Jeff Lowe himself just spilled that there could be more episodes in the ongoing saga. In a video, he dropped a casual “watch season two” and everyone has lost the plot.

What the hell is going on? pic.twitter.com/jCHhOnV9Qr

He also added that himself and Lauren Lowe will not be featuring if there is a season two. I’m not entirely sure what the general message of this video was meant to be, but everyone seems to have taken away two things: Jeff Lowe is strange and season two is needed. One reply to the video said: “A couple questions: 1. Comrade Jeff? 2. Season two???” and another added: “All I heard was season mf twoooooooo”.

The producers of Tiger King also seem pretty keen on the idea of more episodes. In an interview with Entertainment Weekly, Rebecca Chaiklin, who co-created the show, said: “To be continued. I mean, yes we have a crazy amount of footage and it’s a story that’s still unfolding. We’re not sure yet, but there could be a follow-up on this story because there’s a lot that’s still unfolding in it, and it’ll be just as dramatic and just as colourful as what has unfolded these past few years. 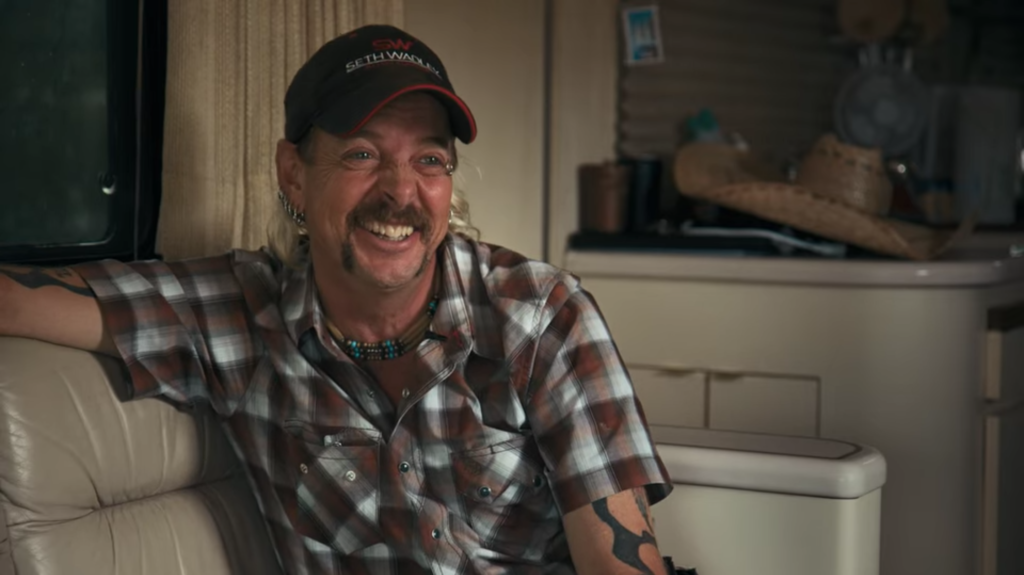 Season two of Tiger King is yet to be confirmed by Netflix. But please, GIVE. US. MORE.