The five-part documentary series tells the story of Henry Lee Lucas. He was first put into prison for murdering his mother, and then for the murders of his girlfriend and landlord. However when he was in prison he started confessing to more and more killings. The number got up to 100, then 150, then 300 and it wasn’t long before Lucas said he was responsible for over 600 deaths all over America. 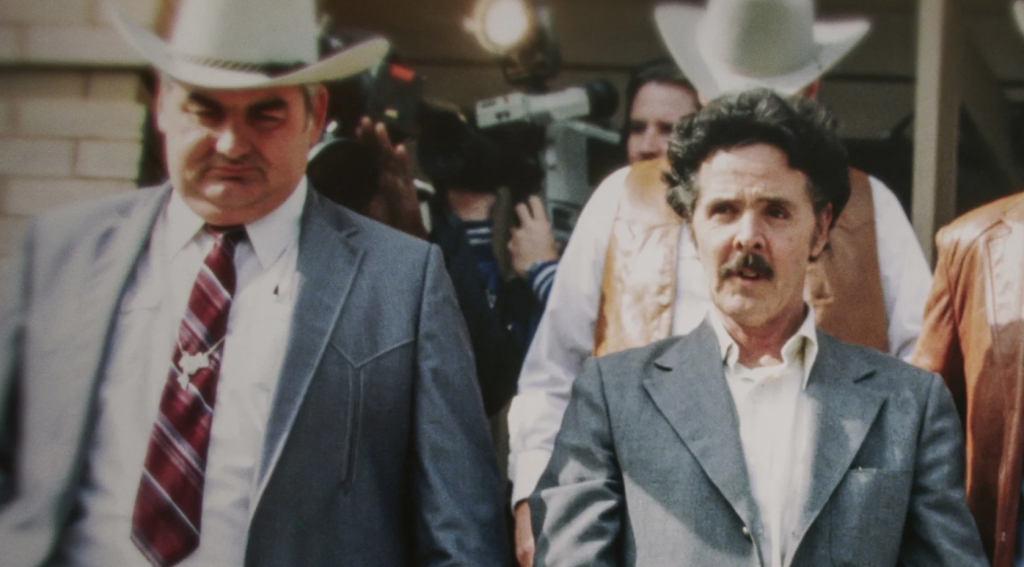 Henry Lee Lucas (right) in The Confession Killer on Netflix

In the documentary, the local police force seem overjoyed – they’ve solved hundreds of cases they never thought they would. It must have been Henry Lee Lucas – he could take police to crime scenes, give details of evidence and in some cases even draw the victims.

But it wasn’t all it seemed. It soon unravelled that him being responsible for all these crimes just wasn’t possible. Aside from it being physically impossible for him to travel to all the different locations crimes took place in over the time they happened, evidence began to stack up that made his confessions clearly false.

The documentary is shocking, and The Confession Killer reviews show just how mind-blowing everyone has found it.

The Confession Killer on Netflix has got people losing their minds. Some of the reactions to the show include it being described as “exhilarating”, “wild”, “crazy” and “mind-boggling”.

Others added that the documentary shows how “deranged” Henry Lee Lucas must’ve been and that it’s a “head fuck” with “so many twists and turns”.

Another review said it was “one of the best shows I’ve ever watched” whilst another added they “would highly recommend if you are into stories about corruption and compulsive liars.”

If you’re into making a murderer and serial killer shows, watch the confession killer on netflix. You won’t be sorry.

The Confession Killer on Netflix is exhilarating.

If you need a good documentary The Confession Killer is crazyyyyy…

If you’re into crime documentaries watch The Confession Killer on Netflix, it’s a 10/10

THE CONFESSION KILLER is just… wow. So many twists and turns you never see coming. Mind-boggling. #TheConfessionKiller pic.twitter.com/5jXrqQhEhG

I've found that there are more good Netflix documentaries than there are Netflix films and series.
Watching the series about Henry Lee Lucas called The Confession Killer, its a really well produced piece on an incredibly difficult to research subject.

The Confession Killer is an absolute head fuck.@netflix please keep making these types of documentaries!

And you’ll be shocked at how this story even happened

The docuseries really takes a deep dive into the American justice system, and it will leave you shocked at how Henry Lee Lucas, who was believed to be a prolific killer, was treated like a celebrity.

Viewers describe the “mockery” the documentary has made of Texas law enforcement, given how he was treated like a “rock star” and everyone “lost their shit” and “had no clue” as Henry Lee Lucas began confessing.

So I started watching"The Confession Killer" last night on @netflix. And I must say, this dude made a mockery of Texas law enforcement in the early 80's. It's appalling how well they treated him..milk shakes, endless cigarettes, outside lunches, and art sets.

So this guy has confessed to over 200 murders and the police are treating him like a rock star???? The Confession Killer

watching the confession killer on netflix… this guy really went to court for the murder of his girlfriend and her mom and when they found him guilty he goes “ok but what are we gunna do about the other 100 women i killed” and they had no clue. they all lost their shit

Strap in for this one, it’s an intense watch.

The Confession Killer is available to watch now on Netflix.

Look at that smile!!!

Next thing to watch = sorted

All the money is being donated to Samaritans

Including The Tulip, The Horseshoe and The Barbie

Friends were increasingly concerned for her welfare