I KNEW Walkers was ripping me off

If you are big into crisps (i.e. if you are a human being with a clear soul) you've probably entertained the conspiracy theory that crisp packets are more air than crisp these days.

While we're yet to know whether companies have upped the ratio of crisp to air over the years, an investigation conducted by The Sun has revealed the biggest brands of crisps fill their packets with 20-50 per cent air.

This galaxy brained individual measured the length of each bag, then subtracted the length of how much the bag had been filled. You'll be unsurprised to find out Walkers topped the list – their bags contain 44 per cent wasted space. Meanwhile, the ever-underrated Chipsticks proved the best value for money, containing only 23 per cent crisp-free air. 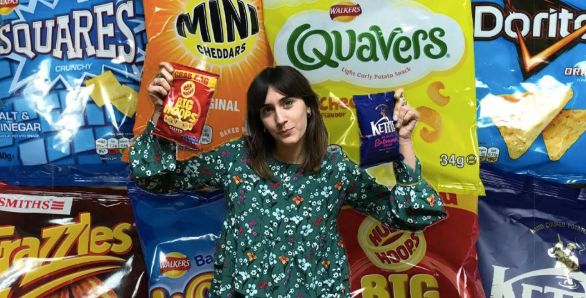 These bags are full of LIES

Manufacturers maintain the bags are filled with gas because it keep the crisps fresher for longer. Most crisp packets are filled with Nitrogen gas, which keeps them crunchy (and also means they don't go off really quickly).

The "blast of air" is also meant to cushion crisps as they're ferried from manufacturer to supermarket. A spokesperson for PepsiCo (who owns Walkers, among others) said: "This protects the crisps in the packet as they make the journey from our factories to retailers across the country, and eventually into people’s homes."

A spokesperson for KP (who owns Pom Bears, McCoys, and Hula Hoops) added: "Depending on the way the product is distributed after it leaves us, the contents may settle or break and thus the pack would appear less full."

All this wasted packaging comes at the expense of the planet however, as crisp packets are notoriously difficult to recycle.

So outraged was the crisp-eating public, Walkers had to launch a special scheme to allow people to recycle the packets.

A spokesperson said: "We’re working hard to invent new types of plastic so our bags can go into household recycling bins."

In the meantime, be wary of your crisp-to-air ratio next time you're getting a meal deal.

• Vote: Which British crisps actually belong in the Pyramid ranking?