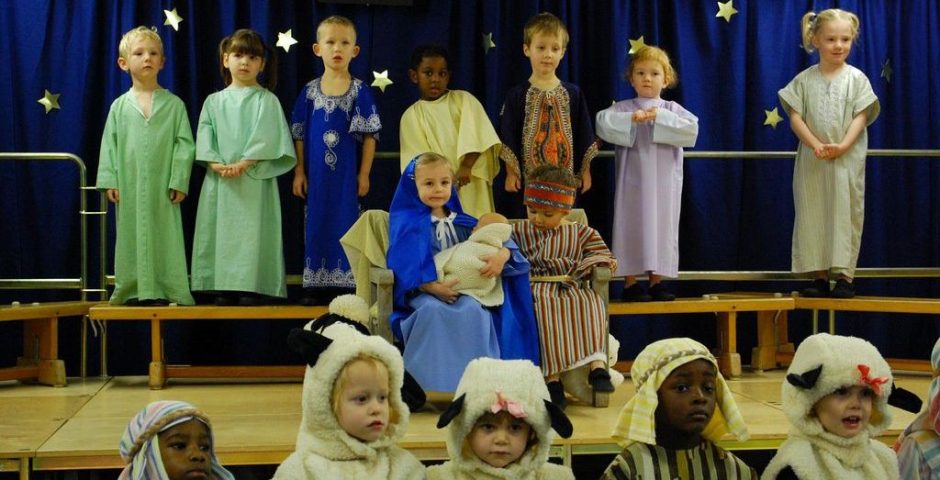 This is who you are in life, based on who you were in your Nativity play

The angels all got Fiat 500s for their 17th birthdays

Of all the formative experiences you'll have had at your British primary school, none was more bizarre than the Nativity play: a prime excuse for teachers to sack off trying to get the concept of a decimal point through the haze of excitement at your new gel pens.

December became a bootcamp of rigorous rehearsal, ruthless edits to any bits of the script with hard-to-pronounce words, and frantic appeals for toy babies and lambs. Not until the Love Island Christmas reunion has a production tried so hard to find everyone a role, no matter how arbitrary.

This was your chance at stardom, or more realistically, the chance for your parents to watch your school's power couple pretend to be a husband and wife popping out God's son in a barn. More than that, who you played in your school Nativity says a lot about who you would go onto become as a person. Your fate was sealed at the tender age of 10. Fucking peak.

A real goodie-two-shoes. The pushy little 4-year-old the rest of the class secretly hates. She was the one sticking her hand up for every question the teacher asked. Handing in her homework in on time. Every. Single. Week. Getting her Frosties Tiger 1600m swimming badge months before anyone else could even do a front crawl. Getting 10/10 on all her fucking spelling tests. You know what, Mary, yeah, it would have been nice of you to give the rest of us a chance. Also, right, she didn't even audition for this role? Like, what the hell? 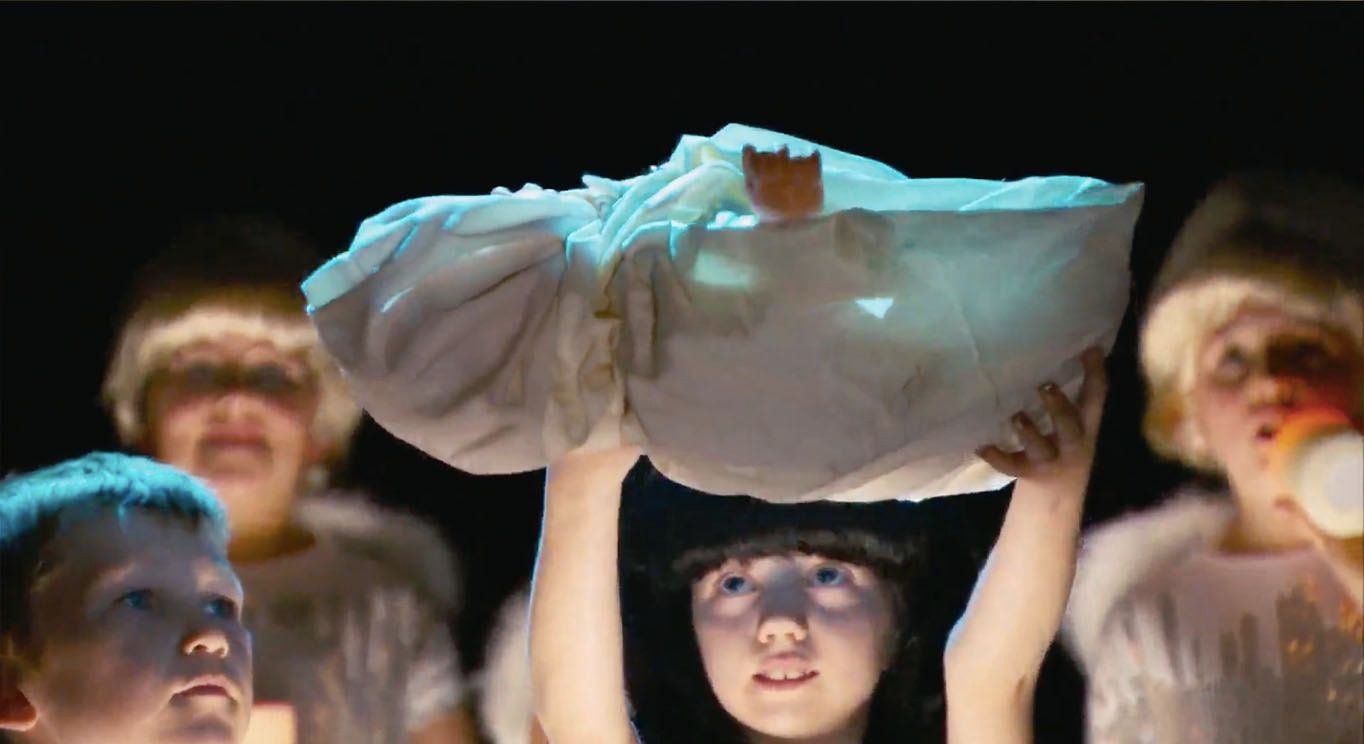 Oh, a little solo is it Mary?

Mary is still an attention whore now. She got with her very loyal (and equally smug) boyfriend at 16 and stayed with him through freshers. And then dumped him, obviously. She now goes to a uni like Exeter or Durham and loves her hockey socials, and hockey boys… and rugby boys. And studying for 15 hours straight. And then probably vlogging about it.

The ex-boyfriend stuck around at home and watches her Snapchat stories through his fingers. She’ll be posting an Insta of the Christmas present she told her new boyfriend to buy with the caption “boy done good”. She's gunning for a first, and will cry a lot if she doesn’t get one. 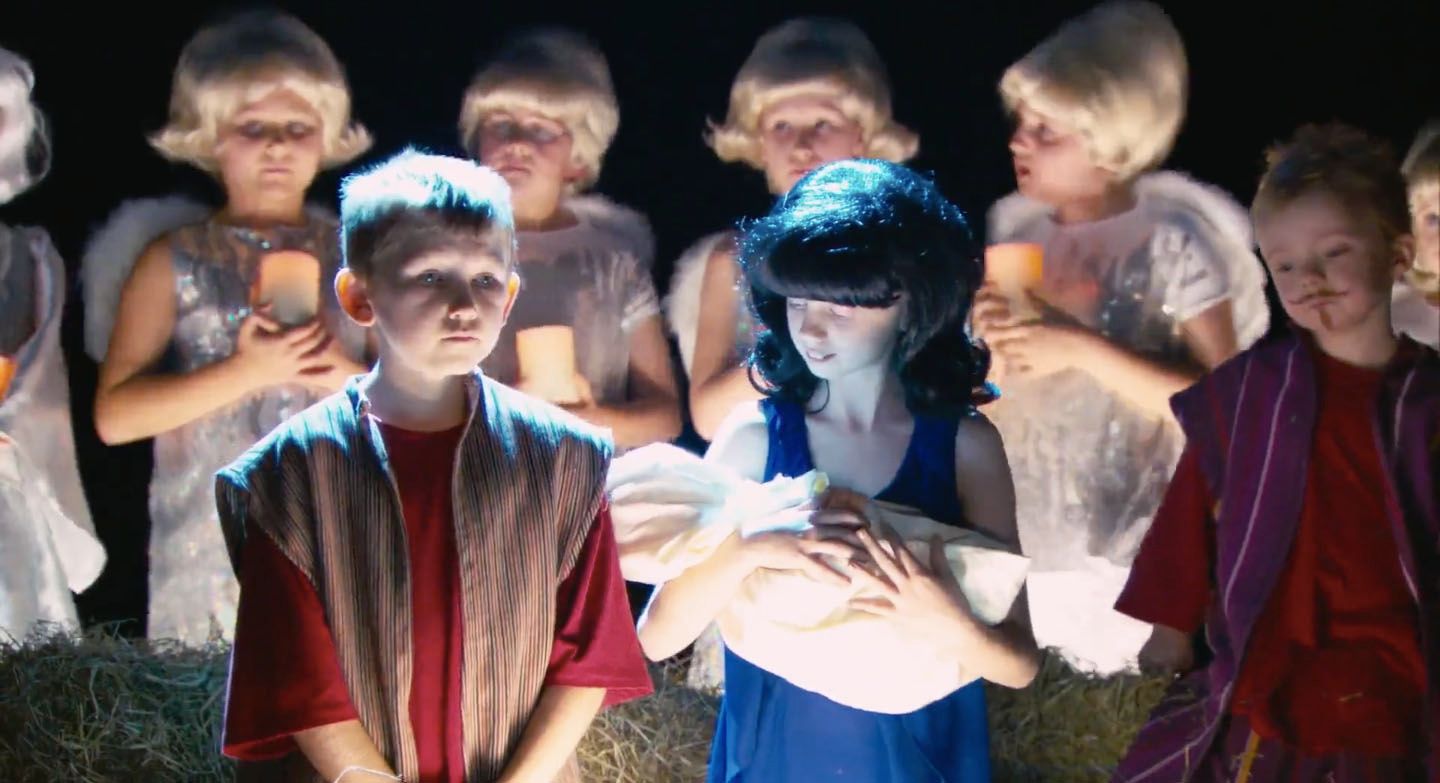 Joseph was the strong, silent type. The Harry Styles amidst a sea of Louis and Nialls. All the girls fancied him, and they still do. He had a fuckboy phase at Edinburgh, but kept his body count on the down low. Now he works in recruitment, slams coke on the weekends, and takes all his Hinge dates to the same London cocktail bar before taking them back to his studio in Clapham. 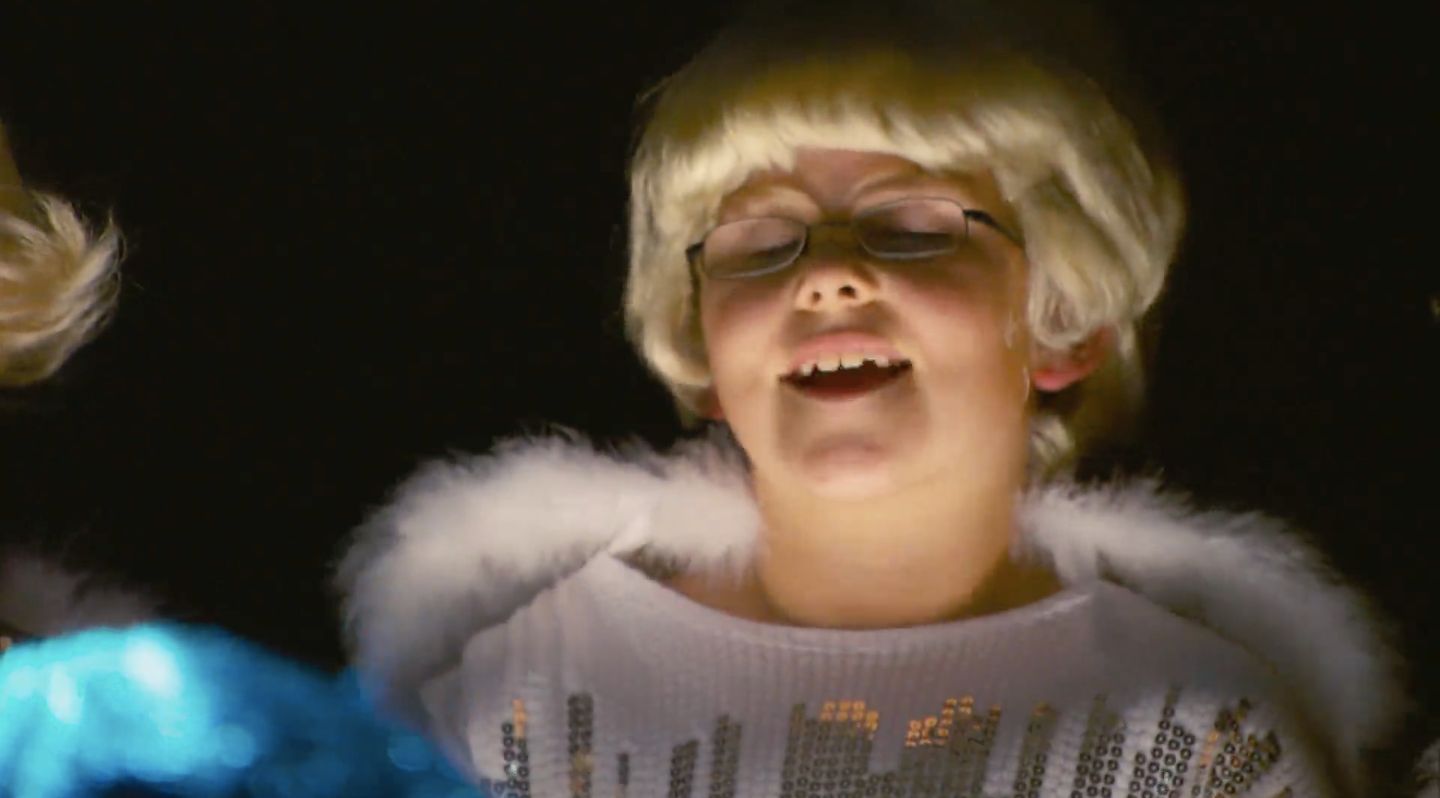 The loudest and most eloquent kid, who was also probably class rep. They were the third tallest in the class with a head slightly too big for their body. Quite insufferable but could be trusted to actually read the lines without getting distracted by Auntie Nora sitting in the front row. Nowadays? They are an SU President at somewhere dull like Keele or Lancaster. 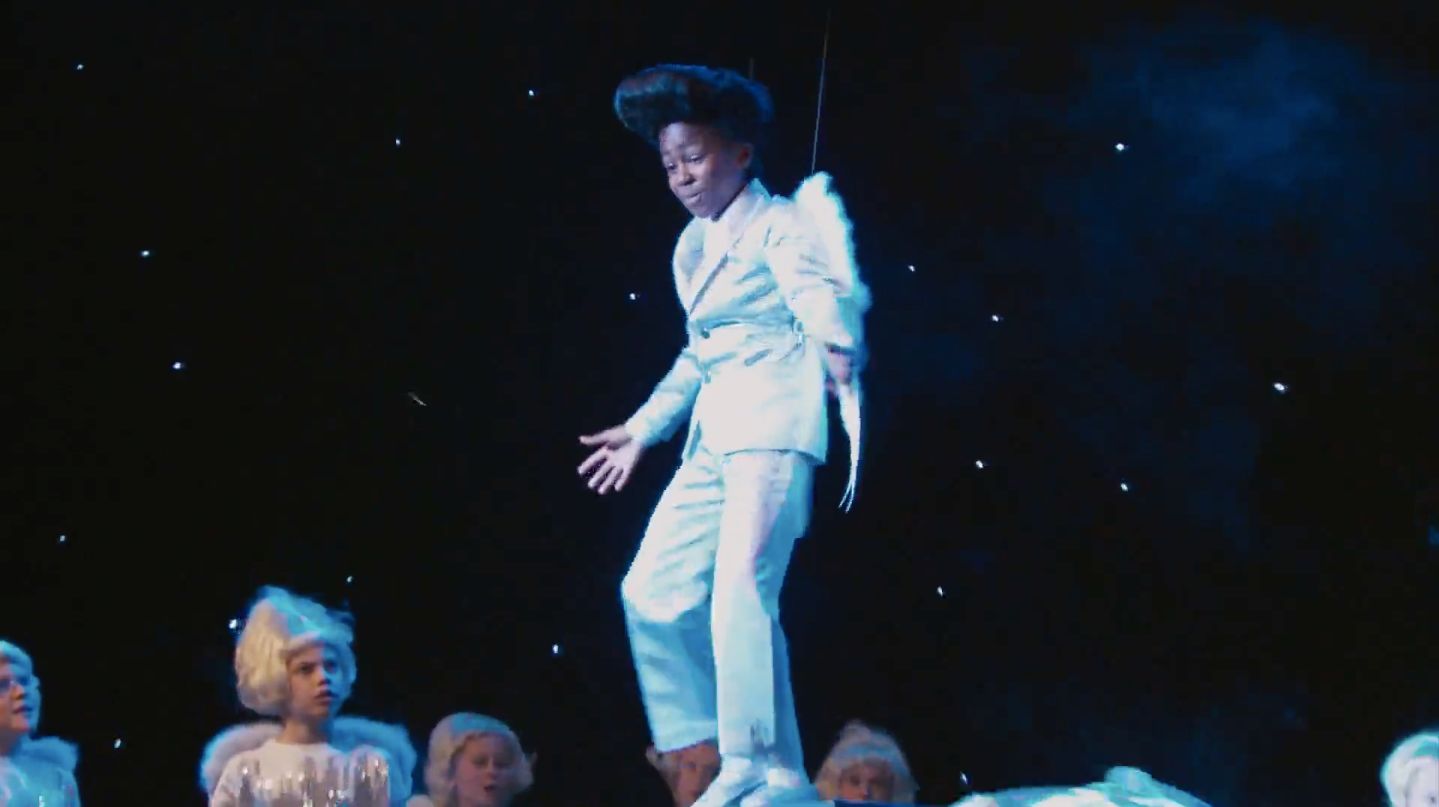 Of all the roles, Gabriel’s was the most gender-fluid, so it stands to reason that they’re woke as fuck. Went to Bristol but shunned ketamine in favour of more interesting hallucinatory drugs, eastern-themed room decor, and dungeon raves. A better shag than anyone on this list, they’ll see you at Glastonbury, through their rose-tinted shades.

Fiat 500 girls all started their Fiat 500 mindset when they were cast as one of the angels in the Nativity play. Silver or gold tinsel, fluffy wings, glitter eye shadow from Mizz magazine – there was no way they were going to have a tea-towel on their head for a Shepherd, or play a fucking sheep. 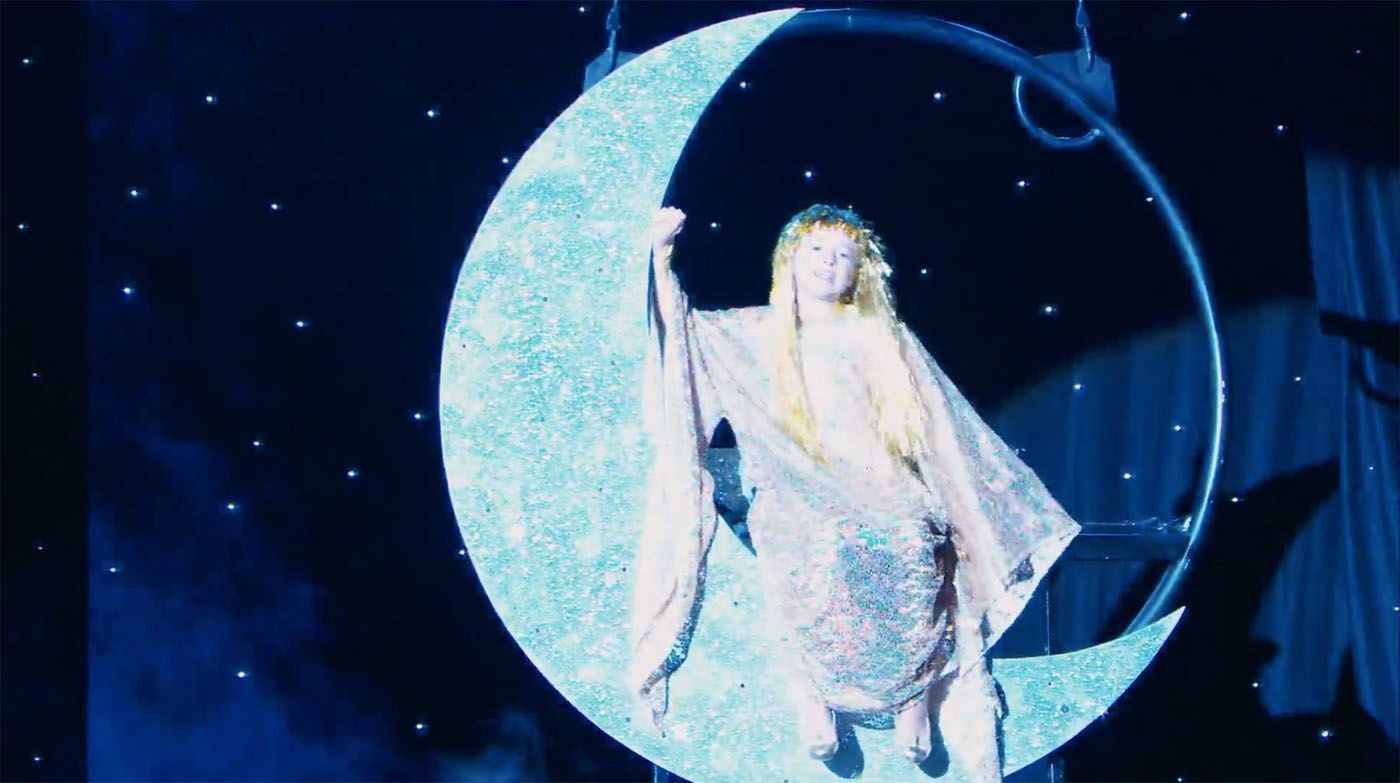 Knowing they undoubtedly looked the best brought a sense of entitlement and confidence, gradually manifesting to where they are today: studying Law or Art History at Manchester or Newcastle, with impeccable hair and a croaky rah accent. There’s still glitter all over their face, except now they wear it after a big night out on the magic dust rather than playing the innocent angel they once were.

At mid-range unis like Cardiff, Birmingham or Glasgow studying Geography or Engineering. Have “cool girl” girlfriends who are in Snow and Ski soc, and are liked by everyone. Enjoyed playing football and swapping Yu-Gi-Oh cards at school, but now they like MDMA, playing DJ and wearing anything from Urban Outfitters. Definitely own a pair of ugly trainers.

All quite nerdy in different ways and all sit somewhere on the crusty spectrum. 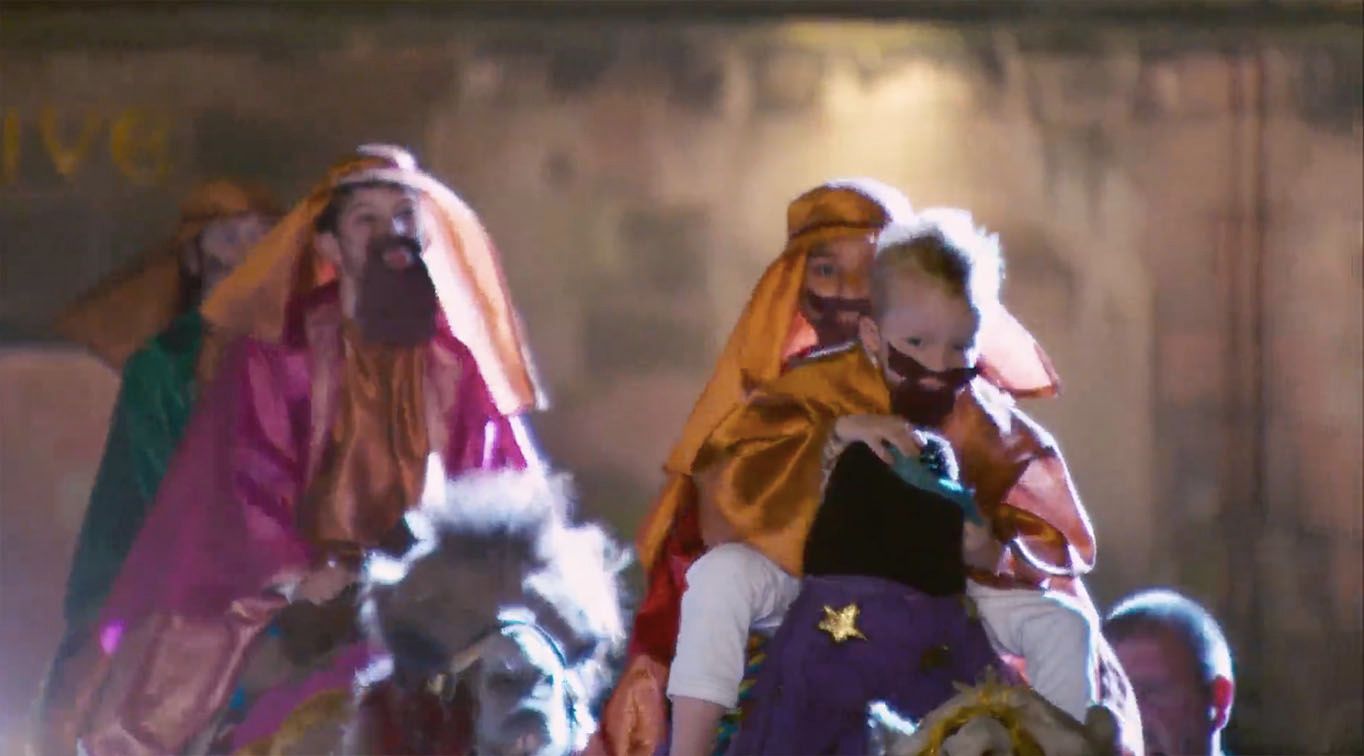 The one who brought gold did maths at Oxbridge and had a last minute glow-up. Now he posts Insta thirst-traps of him looking like a snack in the Hugo Boss jackets his accounting job affords him.

The one who brought Frankincense has masturbated in a library toilet more than once. Fact.

The one who brought Murh wanted to play Joseph, but the teacher knew he was too ugly to be given a main role. He knew this too – the world is cruel. He went to Birmingham and now works in tech, keeping a start-up afloat to the tune of £80,000 a year. Owns a PS4, an XBox One, and a Switch. Doesn’t “like” clubbing.

The naughtiest kid in class. Did powerslides at the school disco. Smoked, drank, and did drugs before anyone else. Mary wanked him off at a house party four years later. You thought he was actually quite fit in 2012 but his babyface isn’t a vibe anymore. Didn’t go to uni.

Bursting with enthusiasm, but unable to pronounce the word “premises” without calling it a “premiership”, this one is still with their secondary school girlfriend. They’ll be the first to marry and the first to divorce. Plays rugby at King’s now and enjoys vomming pink spagbol into The Vault loos. He’ll do a law conversion and spend a week trying to frantically clean up his social media before his interview. 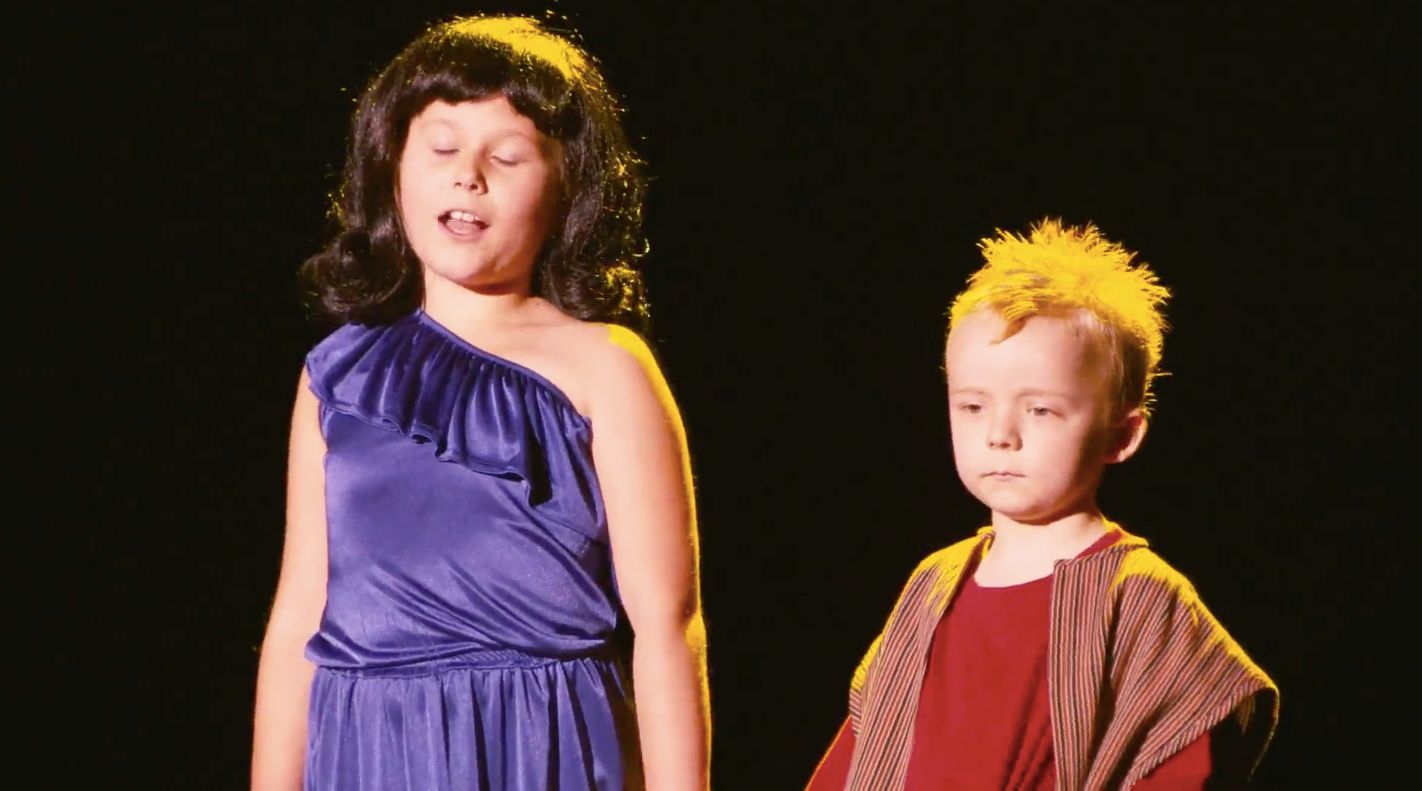 They both auditioned for Mary and Joseph, but had all the combined charisma of a turd on a Southampton dance-floor. They struggled remembering more than a few words in order, but ended up becoming unreasonably fit regardless. They’ve been “Brookes not books” since childhood, so obviously ended up going on to contribute to Brookes’s ever-widening pool of obscenely hot people. 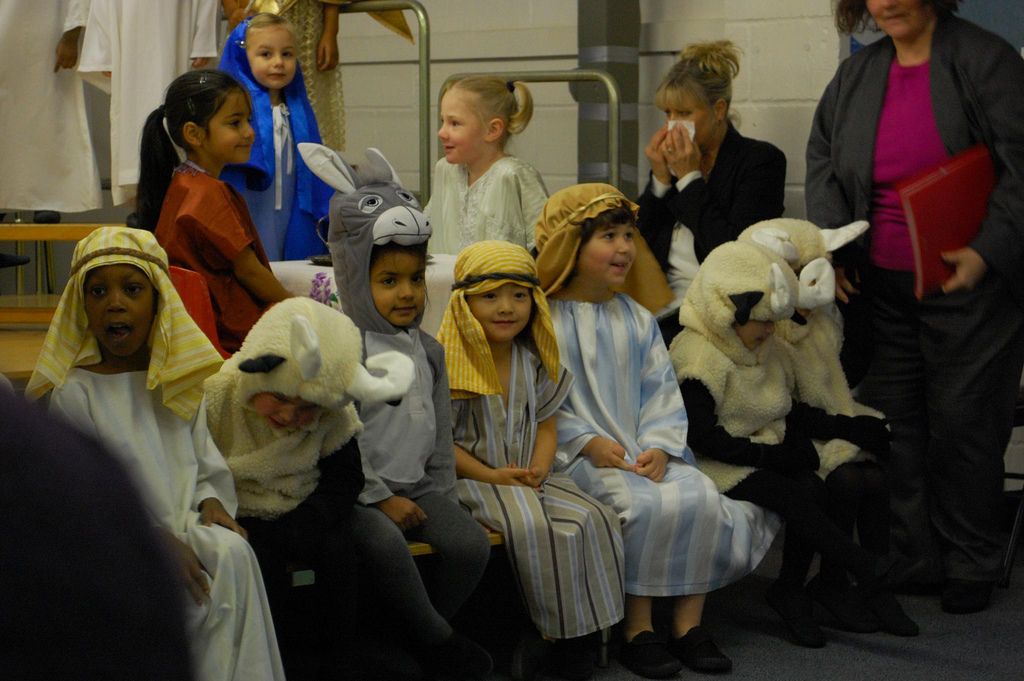 The dark horse. Was quiet in school, read books during breaks and wasn’t very good at sport. Ended up going to Durham, skipped the grad scheme applications and got an actual job at the Big Four aged 21. Will have a frustrating glow-up around age 24, when your mum will say “that little donkey from your Nativity! Would’ve thought it!” Thanks mum, no need to fucking remind me. 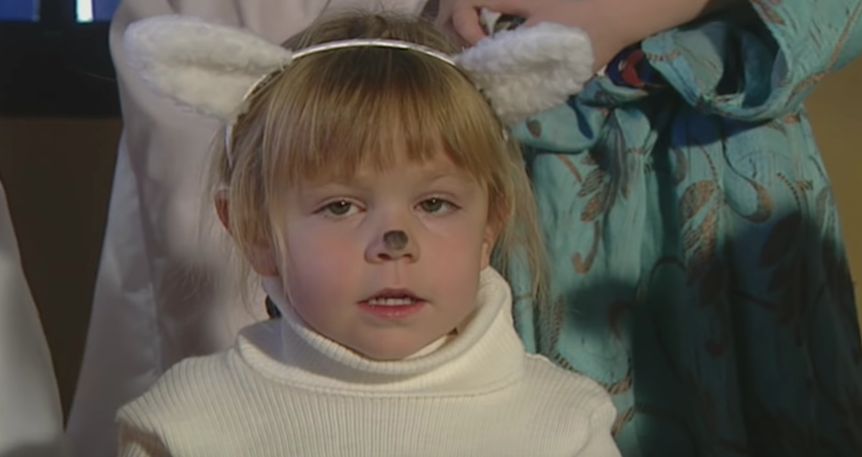 That big kid in your class who was a bit slow. They’re still knocking around your hometown walking to Spar to buy singular packets of crisps. If they were lucky they'd get an outfit, if they weren't they'd just crawl around on their hands and knees. 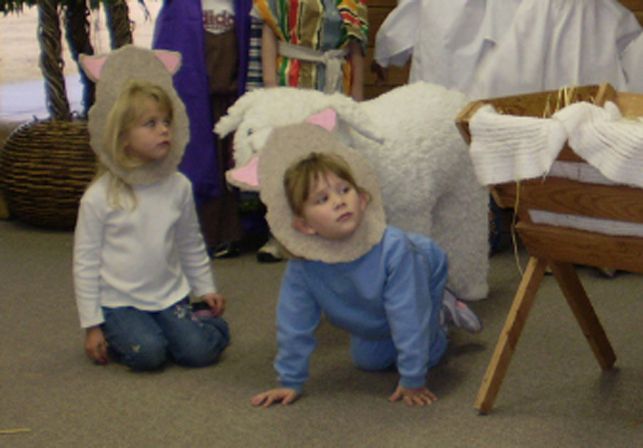 Was timid at school and never grew out of it. Still had a very organised pencil case at university and is a "tea person". Studies English or an equally unemployable Humanities degree and will return back to her quaint Shropshire village after graduating.

Have over 2,500 Facebook friends by the end of first term because they’ve become a club promoter. Whereas before they were silenced, imprisoned by their inanimate character, now they’re found bashing down halls doors going “alright girls you going Tiger Tiger tonight!!! I can get you laydeeeez in for free with a bottle of vodka – what do you say to THAT.” Becomes a certified BNOC within three months and ends uni by going on Love Island because they have 20,000 Instagram followers and a lovely set of abs. 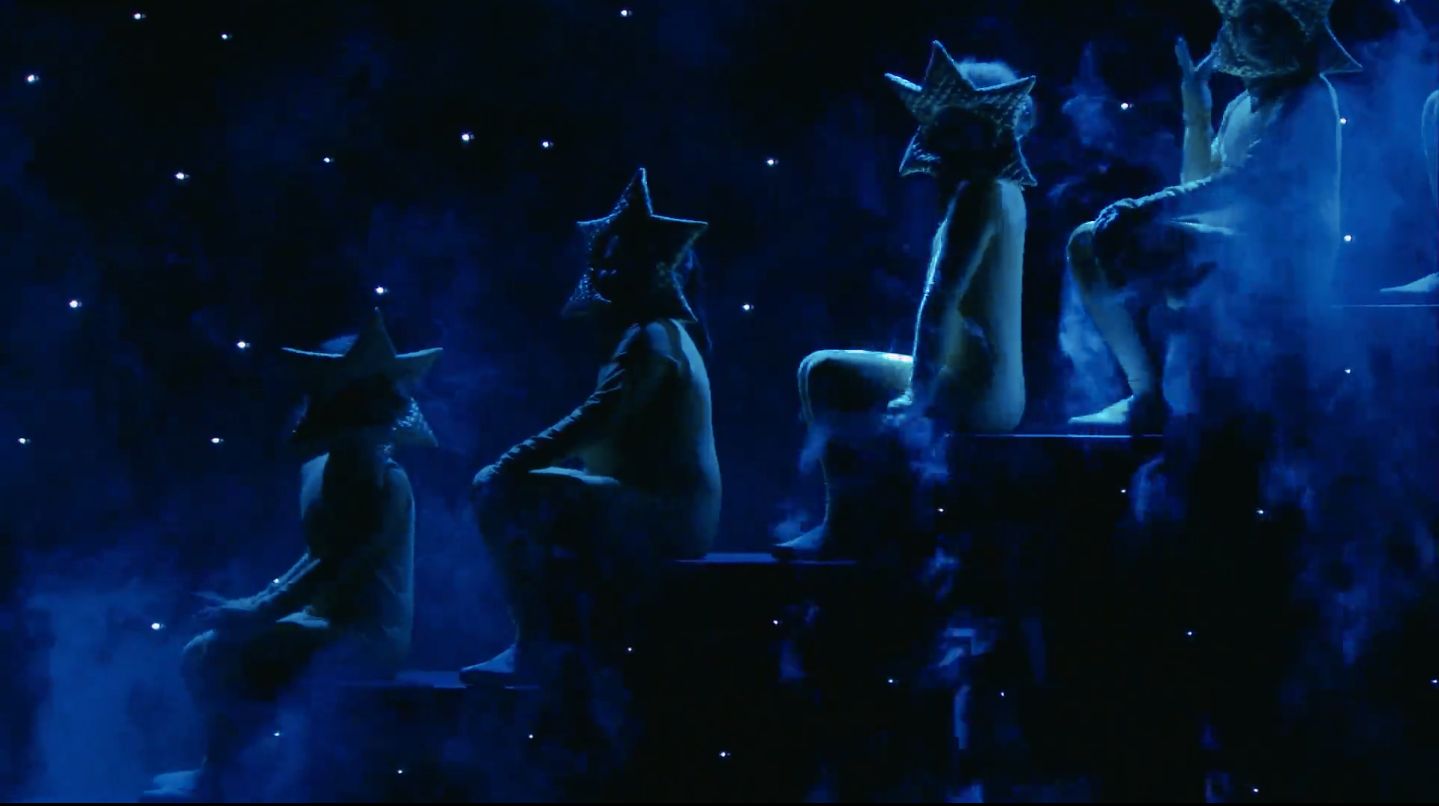 Dressed all in black, they would run up on stage in between scenes, transforming outer Nazareth into the intimate setting of a stable with one swift move of a bench or wooden box. This was a role reserved for the naughty kids who were unable to be trusted with lines. They spent their teenage years doing a lot of nos but are now starting to get their lives together – having either studied marketing at an okay university or working for an estate agents. 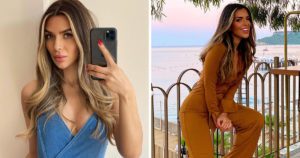 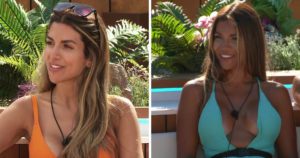 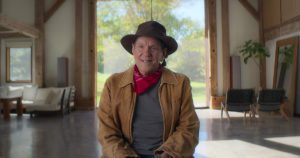 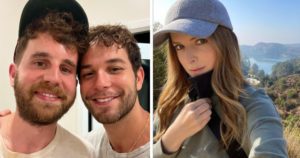