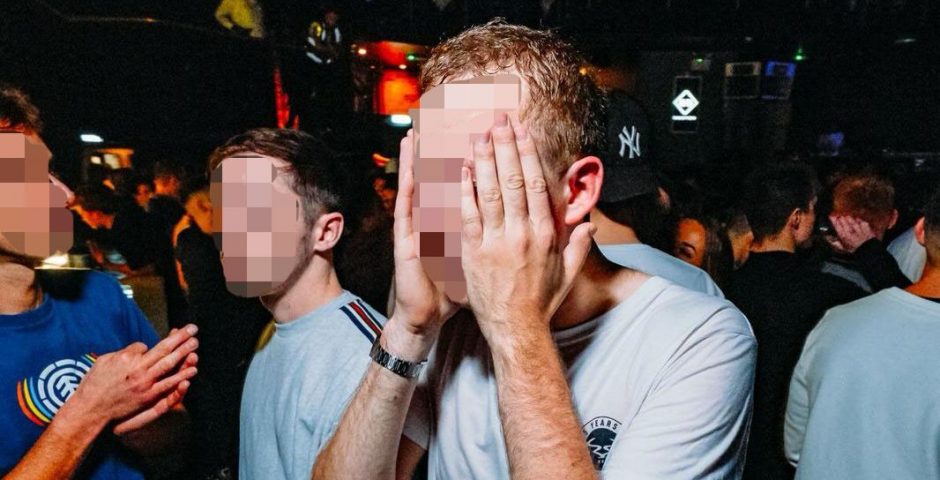 Switch ‘evacuated’ after someone did a literal poo on the dancefloor

We spoke to the man behind the shitstorm

You are probably very aware of the events that occurred on Wednesday at one of our fave over-priced nightclubs, Switch. Eerily similar to an incident in Edinburgh from 10 months ago, Switch was evacuated seemingly without warning.

A tweet emerged shortly after 3am, directed at Flava D (one third of TQD), revealing that someone had shit themselves on the dance floor.

Dennis, a fresher living in Glen Eyre, posted on Facebook, taking full responsibility for the chaos that he created.

He attributed the incident to "lots of pre-drinks" and "a few Pro-plus" he recounts, in very graphic detail, his version of events. He also provided an image of his soiled underwear as proof, which we have spared you from. 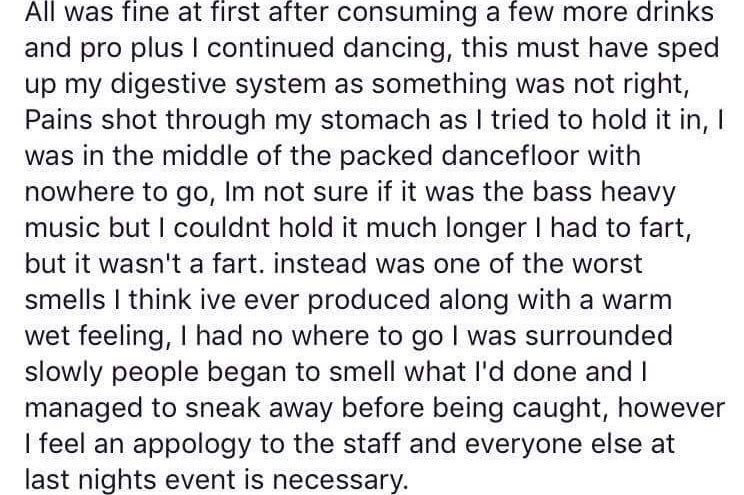 As the whole story seemed fairly unbelievable, we gave Dennis (who is happy to be named) a call.

During the call he admitted to drinking half a litre of vodka and three or four Jagerbombs, as well as ten (10!!!!) Pro Plus. He also said he had a "microwavable curry from Sainsbury's" – which he suspects assisted his fast-moving bowels.

After realising he had soiled himself, he decided to "sneak off" by himself and walk back to Glen Eyre. He then got home, collected himself, changed his clothes and “mulled over what happened and thought I better tell someone”.

Dennis then messaged his mate saying "worst night out I've ever had not going out again for a long long time" and that he "ended up clearing the dance floor, fml, thought it was a fart but I literally shat myself." 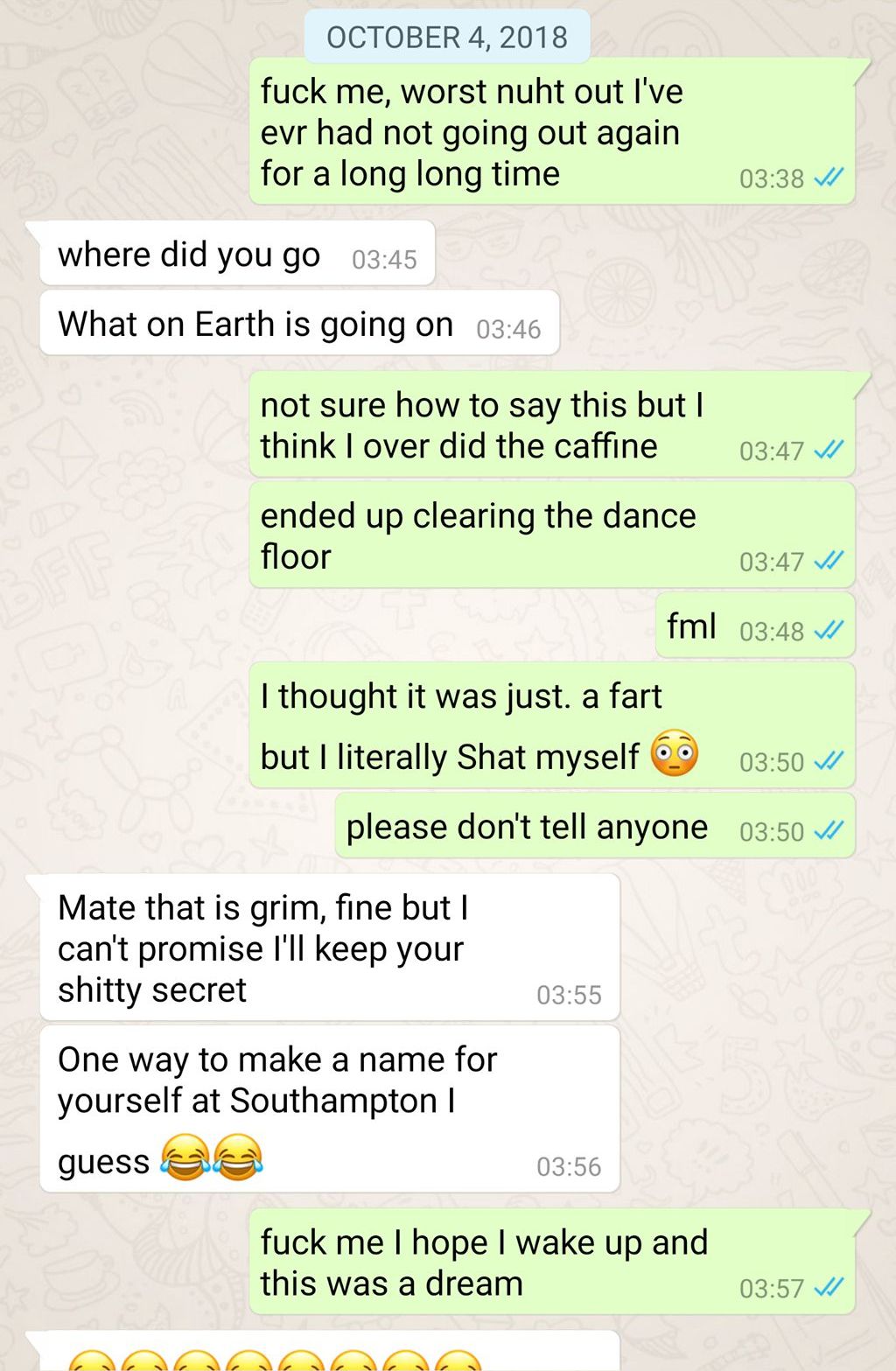 When asking Dennis how people have responded to his brave Facebook post, he said people have left comments, nothing rude instead "respect for owning up". Amen to that.

So, that's as much as we know. An unfortunate incident for everyone involved, but certainly a memorable way to start the new term!

At times like these we turn to the ever relevant words of Miley Cyrus: "Everyone makes mistakes, everyone has those dayzzzz xx"

How to have a poo at a house party