Stop telling me I’ll regret my tattoo, on behalf of everyone who has a tattoo

I feel like I should get this out of the way before I start – people with tattoos are well aware that tattoos are permanent, we're not idiots.

I mean, my Mum thinks I'm an idiot because I went and got a tattoo. She even went as far as reminding me of the list of things I wasn't allowed to do as an adult she drilled into me as a child – this is said list:

But why are tattoos considered so bad? Tattoos are obviously popular, with everyone from Harry Styles to absolutely every footballer in the Premier League having visible tattoos. This is the world we live in now, a world where football is just sentient sleeve tattoos and fade haircuts.

The Daily Telegraph reported in 2015 that one in three young people have a tattoo, although it's unclear whether they're planned tattoos or whether they were drunkenly done in Ibiza and will forever say "it's coming home" on some lad's arse. It does confirm, however, that tattoos are a big trend right now.

It goes without saying that some tattoos look better than others, of course – a well designed tattoo with meaning is probably going to look better than a great big swastika emblazened on your chest, American History X style.

Most people go down the 'well designed tattoo with meaning' route, rather than getting a massive swastika on their chest, for instance I opted to get an olive branch on my arm. I had to settle on a design, after all, something that was cool but not too trendy. I say that because, yeah, the outline tattoos and the little infinity symbols on your wrist are all fine and well in 2018, but they probably won't be in the future. I mean, we all thought red chinos and shiny disco pants were the way forward in 2010 and now look at us, a world scarred by red chinos and shiny disco pants.

Now that may sound like a long intro with very little about actually getting a tattoo, but they are literally all of the thought processes people go through before finally deciding to actually go and get a tattoo. They tend not to rush into it, they don't just get it done for the sake of it, they usually wait until they're financially capable.

I'd thought about the design I wanted since I first moved to uni, a time when we decide that we're big adults now and grown up and we should do grown up things like get a tattoo and stop wearing zip up hoodies and eat Doritos for dinner because we don't know how to cook. Yet every time I wanted to get that tattoo, I had second thoughts and decided against it, meaning for three years I was in tattoo limbo. 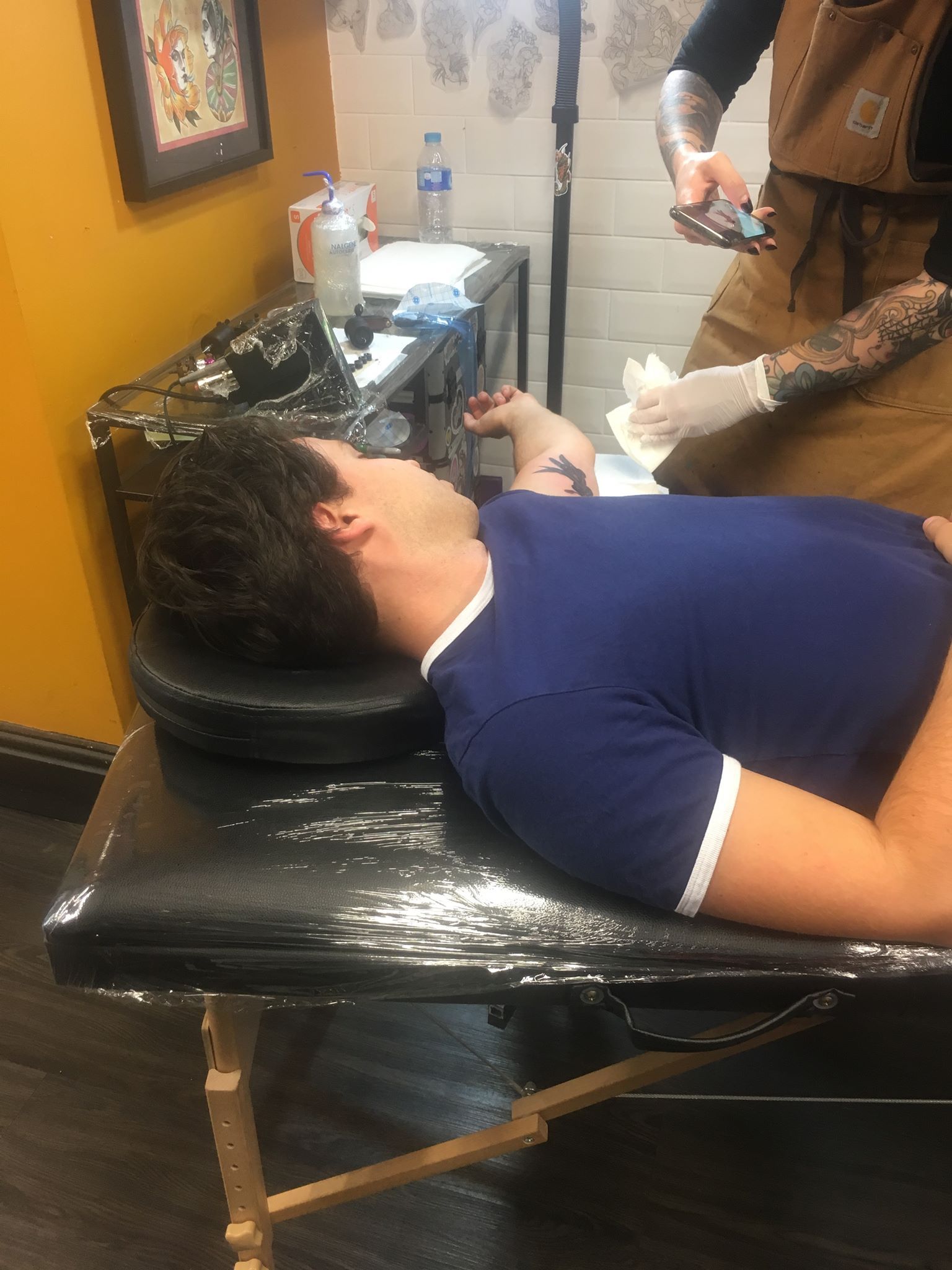 One of the reasons I kept opting out of getting it done was what it might look like as time goes on – well, that and the crippling pain I was told I'd experience by my friends, a) because of the placement on my body, and b) because I am notoriously bad at handling pain (see, the time I stubbed my toe and called 111).

Throughout my life I feel like we're told that tattoos are bad because when you're old they'll look look shit and they'll fade and your skin will sag and so will the tattoo and you'll just come out looking like a big wrinkled mess of skin and ink and regret. Imagine an old person with love and hate tattooed on their knuckles – it would look weird, yeah, but who gives a shit? That old person obviously does not care, that old person has love and hate tattooed on their knuckles, they're the Danny Dyer of the old folks home, they're living the dream.

TV tends to play a big role in the image that tattoos portray. There's a whole episode of Friday Night Dinner devoted to one character getting a tattoo and his Mum freaking out because she doesn't like it and how terrible it looks. I've mentioned footballers and their sentient sleeve tattoos, and think about it, how many of those footballers are actually well respected? Raheem Sterling was hung out to dry by the likes of Piers Morgan because he got a tattoo of a gun on his leg, despite it having personal meaning behind the design relating to the death of his father.

My girlfriend, when I told her I was getting a tattoo, asked if I was sure. She pointed out that "I prefer piercings that I can take out when I choose, but you're stuck with a tattoo for life!" It's the idea that you can be 'stuck' with a tattoo but not with a piercing that highlights the negativity around having a tattoo, as if we've been cursed by the Gods to forever have "Mum" tattooed on our bodies in Chinese lettering forever, like we've sinned in a previous life and must pay the price. 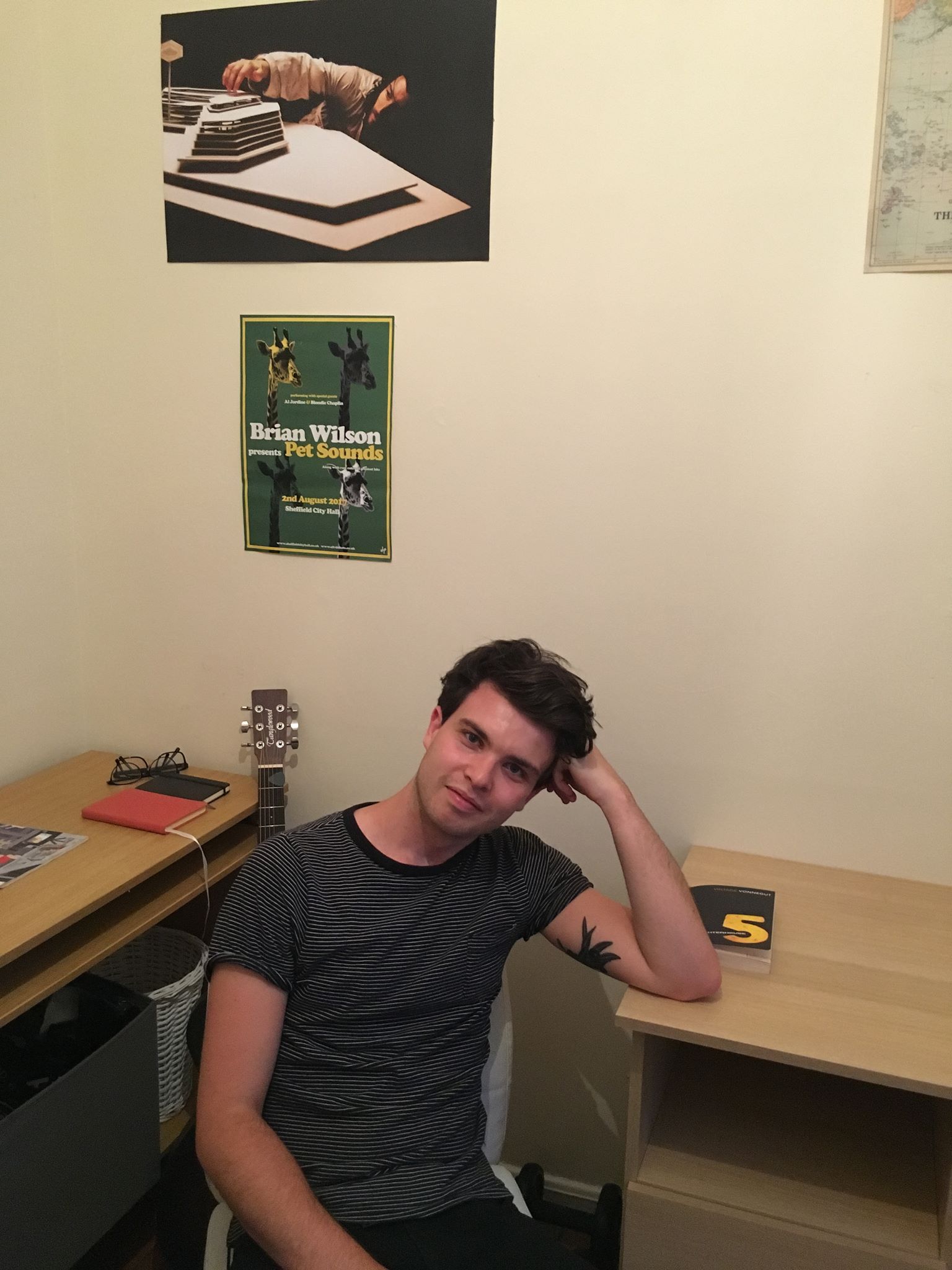 What happens if don't necessarily like piercings? Sure, they look good on other people, but does everyone have one? Do you go around telling people they'll regret that nose ring when they're old? No you don't. Do you secretly wonder why people get their ears stretched? Yes. Do you tell them that? No. Stop forcing your ideal body images on other people.

I've was cautious and thought about the placement of my tattoo, settling on the inside of my bicep (or lack of). If you were to look at me straight on, you wouldn't be able to tell I had a tattoo. It's only if I lift my arms above my head or say "hey, look at my tattoo", that you would be able to notice my tattoo. No one would notice in a job interview, it's not in a totally obvious place, it's not on my face. 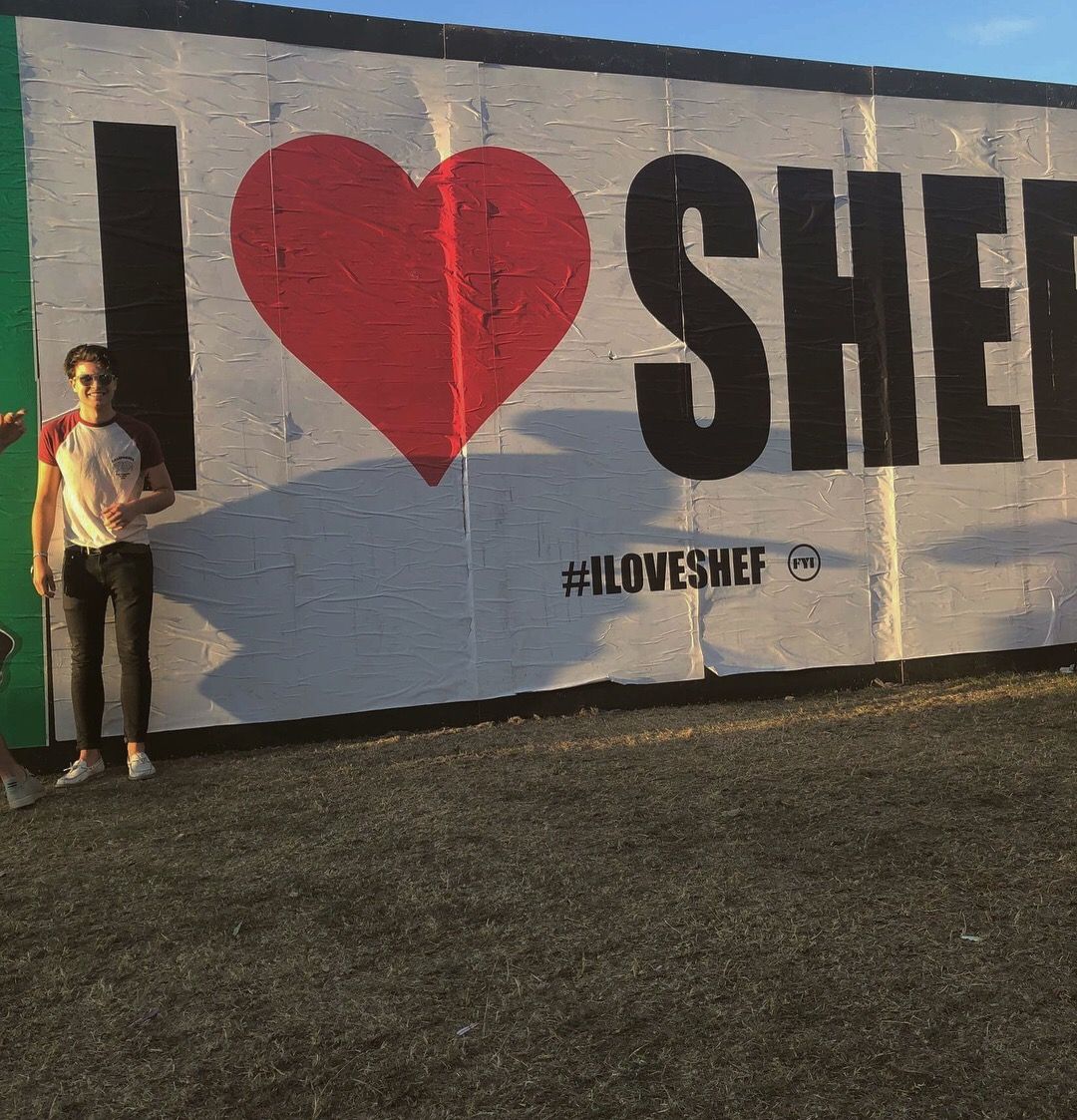 Can you see it?

So what if we regret our tattoos in the future, we already regret going to uni and saddling ourselves with a lifetime of debt, and I've been replaying the moment someone said hi to me and I couldn't work out whether to say "hello" or "y'alright", and ended up just saying "yellow" in my head for years. Life is full of regrets, but tattoos don't have to be one of them.