Oh, to be a student. You go through the stress of A-Levels, the monotonous process of UCAS, the struggles of moving out with half of Ikea's kitchenware department, all for the best days of your life – university.

Research by The Times has found rooms at some of the UK's biggest and best universities costs more than the minimum student loan available to students in 2018/19.

In some cases, accommodation can cost £1,000 more than the minimum student loan of £4,054 for even the most basic room.

Research found that, for the lowest priced room, LSE came in with the highest accommodation price at £5,914.80 per year, nearly £2,000 more than a student loan can afford.

Outside of London, Liverpool had the costliest basic room available, with prices at £5,422.33 per year, followed by Durham at £5,195 per year. 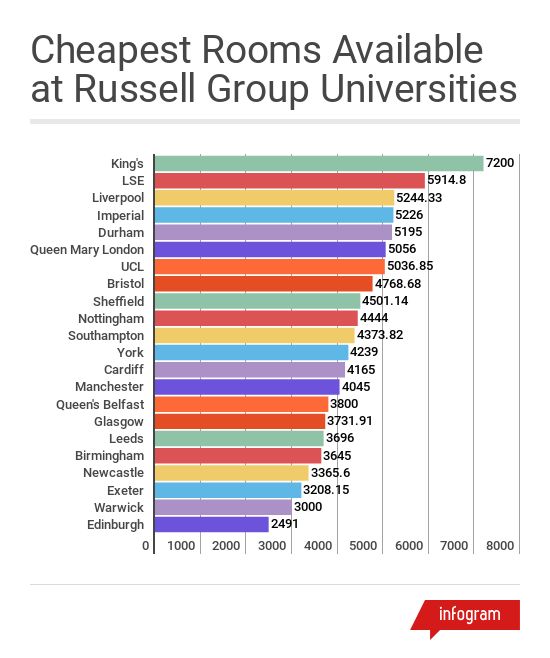 Big name universities such as Sheffield, York, Bristol and Nottingham all priced their cheapest rooms above the minimum student loan, whilst Edinburgh came in well below the minimum student loan price, with the most basic room costing £2,491 p/year. Meanwhile, living in Manchester would cost £4,045 p/year, leaving just £9 for living costs.

Out of the non-Russell Group unis, Aston, Bath, Bradford, Kent, Reading, Salford and Swansea all priced their cheapest rooms at more than the minimum student loan. 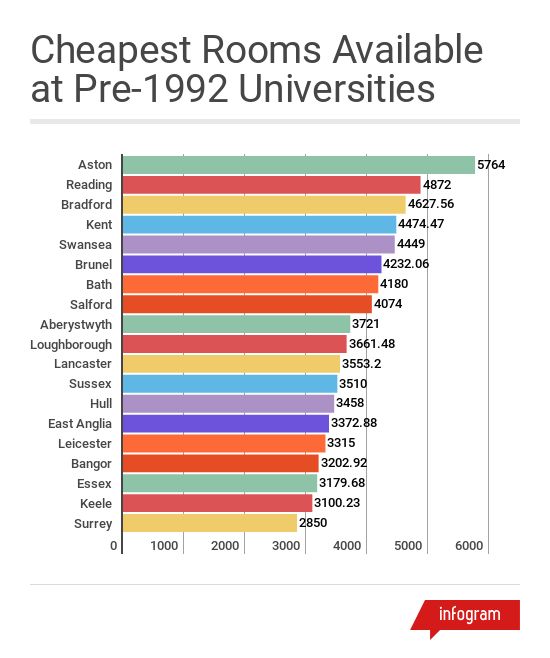 The most expensive range of rooms would cost over £10,959 minimum in London at Imperial, although student loans do fluctuate to accommodate London-based students. Outside of London, Bristol had the most expensive room available at £8,605.38 per year, followed by Liverpool at £8,553.09 per year. 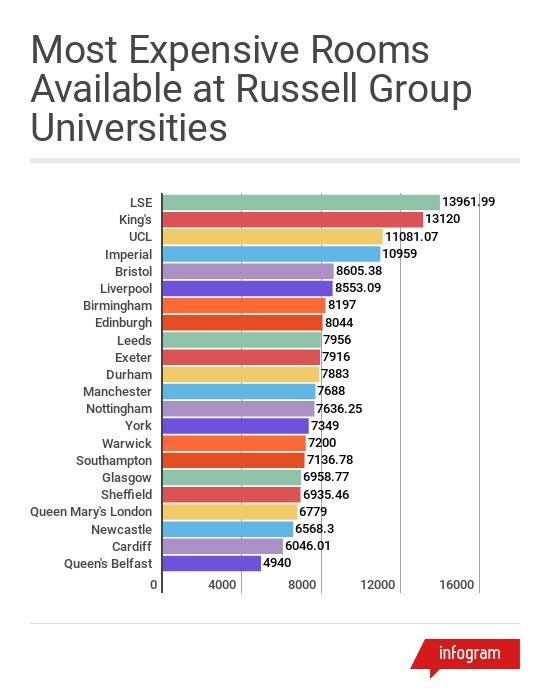 Bath came top out of the pre-1992 universities included in the survey, with the most expensive room costing £7,920 per year, followed by Loughborough and Reading.

Luke, an undergraduate at Liverpool, told The Tab: "[In first year] mine cost £140 a week for 38 weeks. I had to dip into my savings a bit and my Mam and Dad sent me money for food. I also had to spend £130 a semester on a bus/rail pass. It affected my first year a little, I would've got involved in societies more as I have done in the last couple of years." 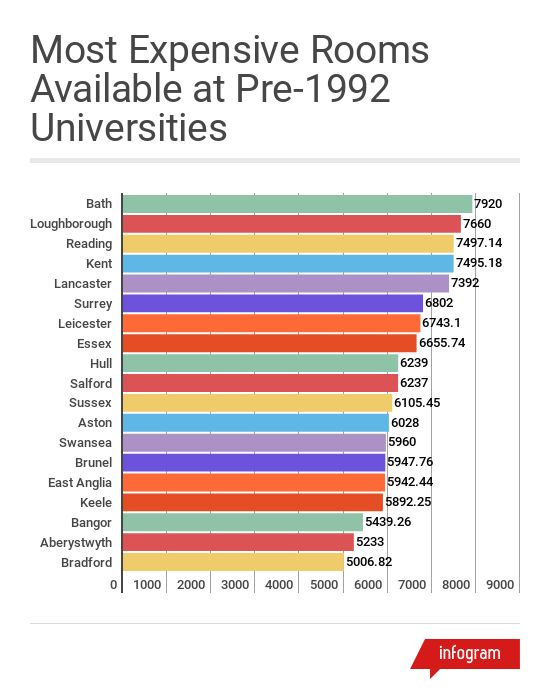 According to the Save the Student accommodation survey, students pay on average £6,792 in rent every year. The survey conducted by The Times did not include top end studio rooms or shared rooms at a lower price.