Named: The first year Cambridge student who allegedly burnt money in front of a homeless man

Cambridge’s Conservative Association have today named a fresher who was filmed deliberately burning money in the vicinity of a homeless person as Ronald Coyne.

A student wearing white tie was filmed in the early hours of February 2nd in the middle of Cambridge after a formal. In the video, he struggles to light the note, then it pans to a homeless person. The video then cuts out. Ronald Coyne is a fresher at Pembroke college studying Law. Cambridge’s Conservative Association (CUCA) also stated he was fired from his elected position as the Communications and Publicity Officer for his actions.

It was rumoured and reported incorrectly by other student media that Ronald is Nicola Sturgeon’s nephew, but her office have proved that to be completely false. The Scottish Government has explained the link between the cash-burning Cambridge student and first minister Nicola Sturgeon. Student Ronald Coyne is the nephew of the First Minister’s sister-in-law’s ex-husband.

But Nicola Sturgeon’s people have denied any hint that she and Coyne are close, because she does not remember ever meeting him. A spokeswoman said: “They are not really related, the connection is so distant it doesn’t even count as a relation. There are six or seven degrees between them.

“She has no recollection of ever meeting him. Somewhere along the line his dad is the brother of the ex-husband of the sister of the First Minster’s husband.”

MP Phillip Dunne has since cancelled his scheduled visit to CUCA tonight “due to unforeseen circumstances”.

Chairman Joe Mathieson told The Tab: “We were informed by people who had seen the video on Snapchat that Ronald had behaved like this, and took immediate action to remove him.

“His membership was revoked immediately after the news came to the Committee’s attention. This was on the basis that there is absolutely no place for people who behave like this in our Association. That said, he was not acting in the capacity of a CUCA member, nor was he attending, or had attended, a CUCA event.

“For the record, CUCA has no initiations, does not condone behaviour of this kind in the slightest, and this was entirely independent of CUCA. We are as appalled as every other right thinking member of the University.”

A Cambridge student who saw the man soon after the incident said: “I was blocked from getting into my college as some chap in white tie was being excluded by the porters. I saw the videos of what he did the next morning, and am utterly shocked and appalled that someone would do such a thing. I’m sure I speak on behalf of the student body when I say that we condemn such actions, and arseholes.” 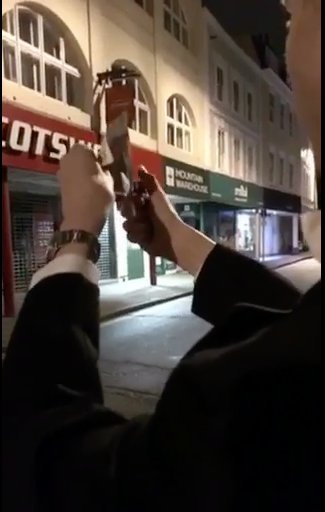 He struggles to light the note 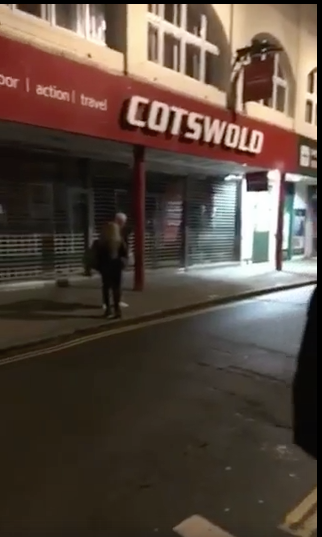 The video pans to a homeless man 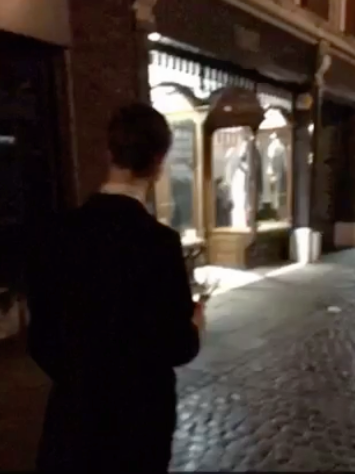 In white tie – walking through Cambridge

A video of the event was seen by numerous students on Snapchat, and stills from the video have been provided to The Tab. The incident took place outside the Cotswold shop on Bridge Street.

A Cambridge University spokesperson said: “The University is committed to respecting the rights and dignity of all members of our community. We expect our students to treat others with respect, courtesy and consideration at all times, and the University takes allegations of unacceptable behaviour very seriously. We do not comment on individual cases.”

CUCA confirmed that the burning of money was neither before or after a CUCA event. White tie is the most formal dress code in Western fashion, even more so than Black tie. It is usually reserved for the highest of high profile events – like State Dinners with the Queen, Nobel Prize ceremonies, and Magdalene May Ball. 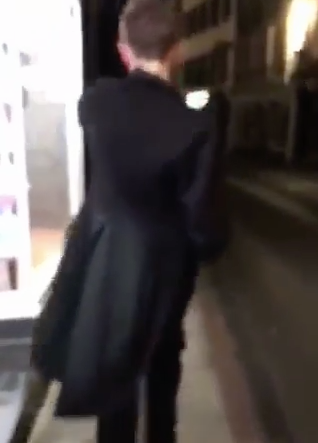 This is not the first time in recent months CUCA have been embroiled in scandal. In June CUCA had to defend themselves against multiple allegations of sexism after Varsity revealed that the Women’s Officer felt she had “faced open ridicule” and “aggressive sexism”.

It has been rumoured that burning a £50 note in front of a homeless person is one of the initiation ceremonies of Oxford’s notorious Bullingdon club.