Almost every university is raising fees to higher than £9,000

Only two unis are holding back

According to reports published in the Mail, only two universities, University College Birmingham, and the University of St. Mark and St. John in Plymouth, have ruled out charging the newly raised fees. All of the Russell Group of universities plan to charge the £9,250 fees. In fact, if you’re not at University College Birmingham or St. Mark and St. John in Plymouth, you’re probably going to be paying £9,250 fees.

As part of the agreement to raise fees universities have agreed to spend £833.5 million under 2017-18 access arrangements to encourage students from poor and BME backgrounds to apply to university. 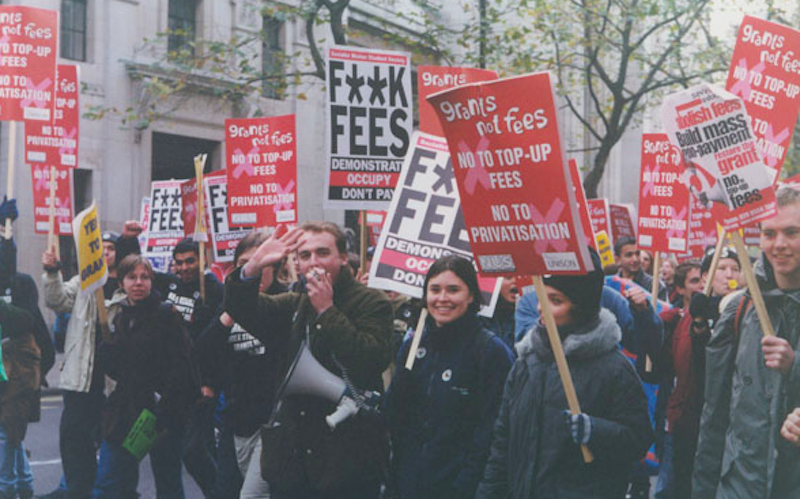 The raising of tuition fees to £9000, implemented in 2012, led to widespread protests

Sorana Vieru, the NUS Vice-President for higher education, told the Mail: “Universities are taking a short-term approach and are wrong to be pushing for whatever the market can take and reaching a tipping point where all the progress on widening participation could be reversed.”

In what could be regarded as an attempt to assuage their guilt complex, the Liberal Democrats have announced they will force a vote on the changes in Parliament this autumn.

The Government has announced that after the 2017 raise future fee rises will be linked to teaching quality under the new Teaching Excellence Framework, whereby only institutions rated ‘excellent’ or ‘outstanding’ will be able to raise fees in line with inflation, while those who meet ‘expectations’ will be allowed to raise fees at half the inflation rate.

In other news, 38 of the UK’s 48 Top 400 global universities fell in the QS World Rankings, published today.