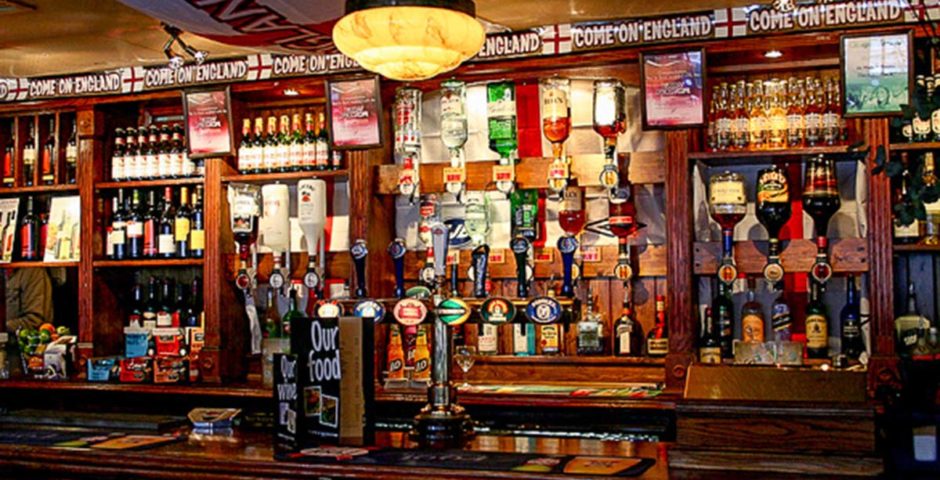 How to survive a night out at your tragic hometown pub

One of the joys of returning home for the summer holidays from uni is running into old pals (or enemies) from school.  The hotspot for these run ins tends to be the hometown bar–the one that everyone from your school seems to flock to on the weekends (my school’s is Kennys).

This night out is very different out from your nights out at uni–it’s not a club, there is no dancing, and the lighting is uncomfortably bright for how late at night it is.  It’s also filled with people you haven’t seen in several years (probably by choice), all of whom will want to know how you’re doing now.  It’s a hotbed of awkward encounters that can be even worse that the library during exams, so we’ve got you sorted with a survival guide to help you make the best of this night.

The key to sartorial choices at the hometown bar can be summed up in a single phrase: dgaf.  Don’t look like you’re trying too hard (but also don’t look like shit). Ladies, your look here is going to be effortlessly cool. Trainers are probably a solid footwear option, because it shows your old acquaintances that you obviously don’t think this night is a big enough deal to get dressed up for, because you do way better things at uni.

This idea carries on through the rest of your outfit–denim works for indicating your lack of caring quite well.  Bonus points for pulling off the athleisure look (without looking fresh from the gym).  Gents, you want to look somewhat smart (because you’re a big man at uni now, you know how to dress well). But there’s a fine balance, remember: you want to look like you don’t care what these people think of you.  But you also want to dress to impress them. Leave the button down at home, but please don’t break out your Jack Wills trackies.  Something in the middle will do.

Pre-drinking is essential, as any good student knows.  As usual, it’s about finding the right balance. But in this case, the right balance is probably high level tipsy, but not truth telling.  The last thing you want to do is start telling your arch nemesis from school about how much you still hate her for stealing your prom date.  You want to be fun drunk, so that everyone knows you’ve gotten even cooler since school, and wonders why they weren’t friends with you back then (or why they haven’t bothered to stay in touch).

You also don’t want to arrive sloppy, in case any of your parent’s friends (or former friend’s parents) have made an entirely questionable decision to venture away from their usual wine spot and pretend it’s not weird they’re at this place full of young people.  Because then it will be all around town that you’ve come back from uni and turned into a partier (despite the fact that their child is vomming in a corner or doing cocaine in the toilets).

The difference between people and people is important.  People is a loaded term for people that you really don’t want to interact with, but will inevitably have to have a stop and chat with on the way to the bar.  Turn it into a drinking game.  For every conversation that requires a fake smile, an awkward inquiry into how you’ve been, and a promise to get lunch or coffee to ‘catch up properly’, you’ve earned yourself a tequila shot.  Two if you really really hated the person. Three shots if it’s with an ex who wants to apologise for how they treated you/try to bang you again.

The key with all of these interactions is to remain disinterested, just to really hammer home the point of how much COOLER you’ve gotten since leaving school.