He got a first in the Theory of Everything

A hero Geography finalist snapped a sneaky selfie with the world’s most famous physicist at his graduation ceremony.

Renowned cosmologist Professor Stephen Hawking was supporting his daughter, Lucy, who received her Honorary Degree as Doctor of Sciences from Queen Mary.

Plucky Alex Greenwood, 21, spotted the scientist as he was leaving the ceremony, running across the lawn to snap the once-in-a-lifetime pic. 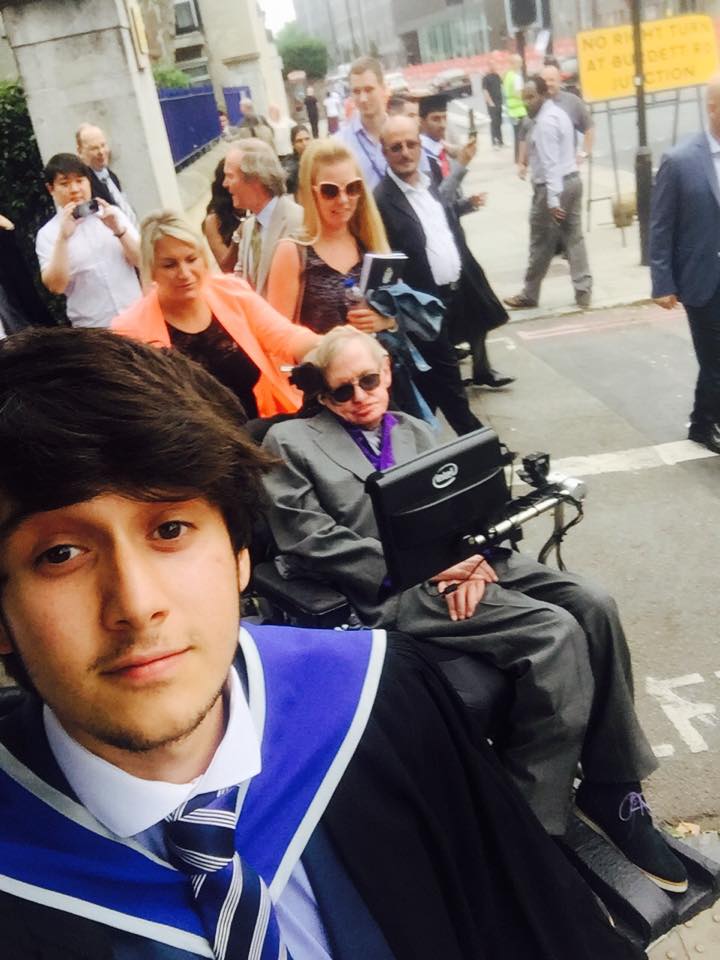 Alex, from Barnet, told The Tab: “He was sitting in the front row and it was just unreal, you hear of honorary degrees and quite famous people being there, and I guess we just got a really good one.

“Walking off stage, I brushed past him and as the gown’s quite big, I felt like it was going to catch on his chair because his feet are up in the air the way he’s sitting.

“That would’ve been a disaster but I managed to rearrange my gown and move past quite fluidly without anyone noticing, which was a huge relief.”

The 2:1 grad saw people crowding around the professor, who was attracting more energy and attention than a black hole. 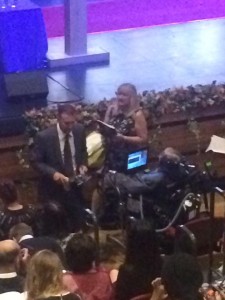 “I saw him across the lawn when he was leaving and I raced over. His bodyguards said no photos, but I just thought, ‘I need to get one’.

“I slyly turned to the right just as he did, and managed to get the selfie quite easily.”

He added: “He’s so distinctive, so at first glance you knew it was him, but I didn’t fully believe it until I saw his daughter’s name on the programme and when they confirmed it in the speeches.

“Even though I was right next to him twice today, it’s still  hard to believe it actually happened.”