It isn’t easy, but you can’t let it win

Socialising, sleeping, relationships and anxiety. These are just four of the things that have been affected since my diagnosis of epilepsy last year. Epilepsy isn’t really something that people can notice about you.

I can go months without any problems and then suddenly one day I’m coming to my senses with a paramedic leaning over me, muscles aching all over and a headache that can make a hangover look pleasant. Having this in general is the bane of my life, having this whilst being a student is much worse.

It’s difficult to fully describe how epilepsy makes you feel while being a student. To start there’s basically two positives – I have a reason to sleep longer and I won’t spend money on events or alcohol as much. While this may sound like a blessing to many, when it’s weighed against the negatives, there really are no blessings here. 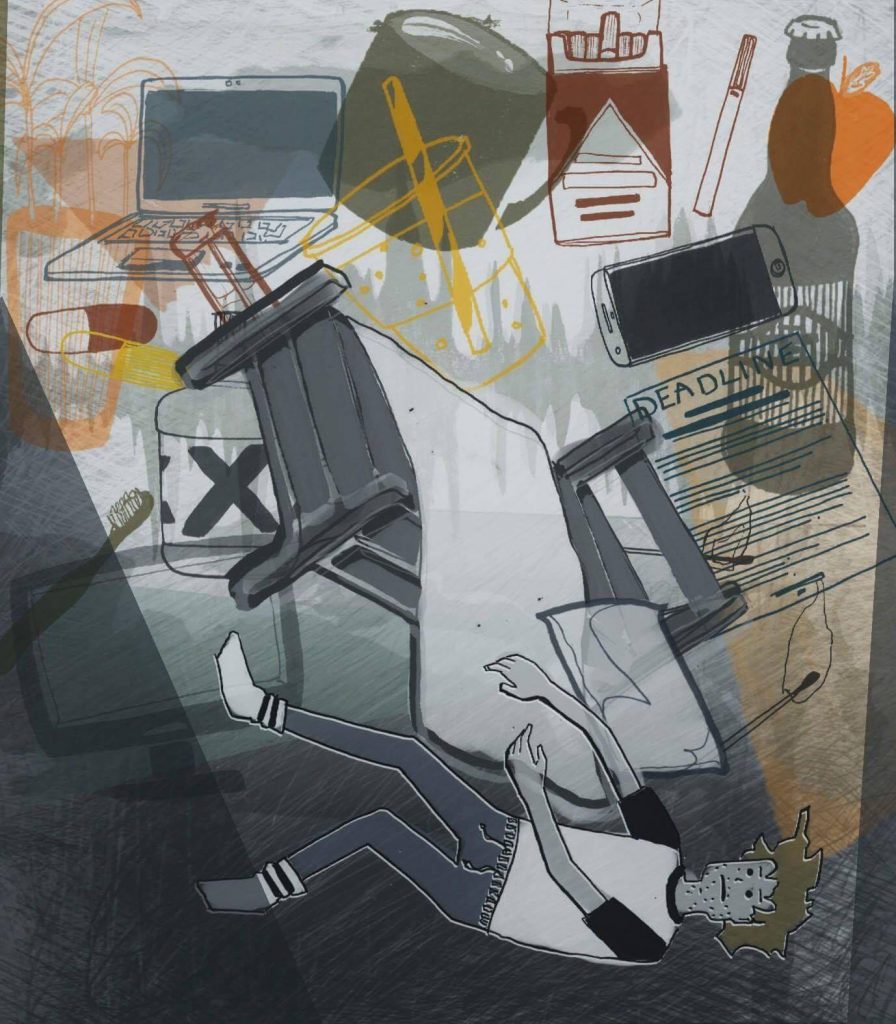 You have to limit yourself on a night out

The whole idea of a drinking culture at university is massively shrunk. At first I didn’t fully take this seriously, if there was an opportunity to go out, I would take it. I presumed I would be fine and could take care of myself easily. But there’s only so many times you can lie to yourself that the strobing in a club won’t hurt your eyes. There’s only so many times you can throw up and try everything to stop yourself from flinching.

These moments may be few and far between, but when they do happen – they happen badly. It makes me scared to be put into these situations, i’m constantly thinking ahead and assessing everything in my life. Is it a pain? Of course it is. At the start of a night out, I can tell if it’s going to go one way or another. I may not necessarily have a seizure – i’ll instead just think about how I might have one throughout the whole night, putting me in a disgusting state of paranoia. This then also affects the people around me, it amplifies onto their mood and their night – because I have to make sure they’re made aware how i’m feeling for my own safety and piece of mind.

‘If I don’t go out, then no one has to worry about me’

Recently, especially for me, there’s a constant fear which has escalated into pure anxiety in which I feel like me being around others on a night out is simply a nuisance. If I don’t go, nobody has to “worry” in my mind. Everyone close to me knows what to do if I have a seizure, and I’ve been incredibly fortunate to have these people in my life.

But the fact that every time I’ll go out, the fact that these people will be focusing part of their attention on me almost makes me feel terrified. Almost as if there’s pressure on me not to have one because of the consequences it will have upon others. Doctors, counsellors and those close to me will constantly reiterate that there’s no need to worry and everything is all in my mind, the thing is I know they’re right. Unfortunately my brain works in peculiar ways, and can’t believe it. 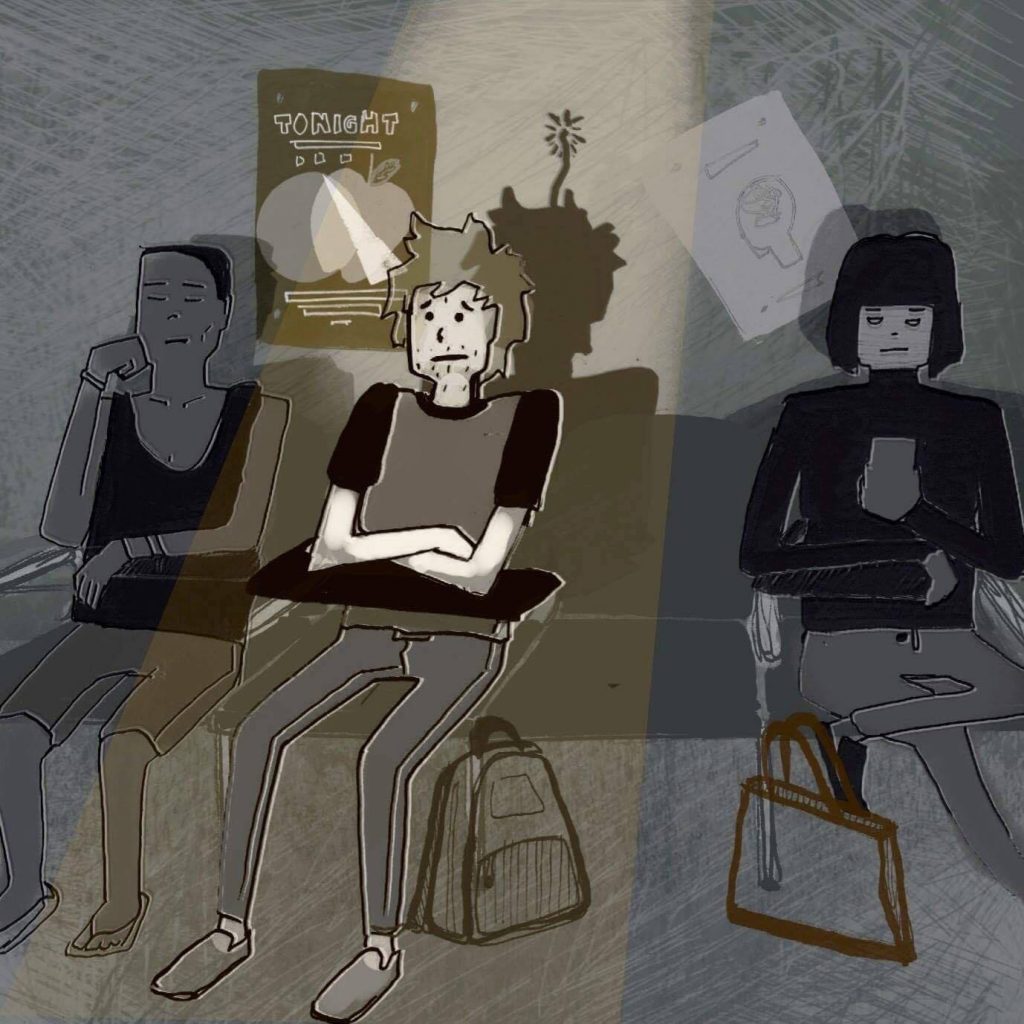 It doesn’t have to limit you

Sure, if I have a seizure I can’t drive for a certain time afterwards and I’ll spend 50 per cent of a night out in fear of dropping in the middle of a club. But I won’t let it win, and neither should you. In some cases then yes, chances are you won’t be able to do everything you set out to. But so what? You can sit around and spend whatever time you have left crying and letting it control your life or you can find a way to embrace it, tell it to “fuck off” and live your life the best way you can even with certain limitations.

I may never be an astronaut but I can happily say there hasn’t been a night out in months in which I’ve forgotten something that happened, I have this pleasant collection of memories – which alternatively does wonders when holding friends accountable for money owed or trying to impress my girlfriend with obscure things we’ve done.

The fact is, six days out of seven during the week I can wake up feeling like shit, as I have recently. I can have zero motivation to go into lectures and just want to spend the time locked up in my room listening to bleak music and wondering if Tumblr will solve all my problems. But I don’t. Because if I do then I’m simply doing what my mind tells me to do every day, and I’ll never achieve anything. You see people all the time who manage to live every day to the fullest who’ve got no limbs or struggle to survive on their own, and epilepsy is nothing near as bad. 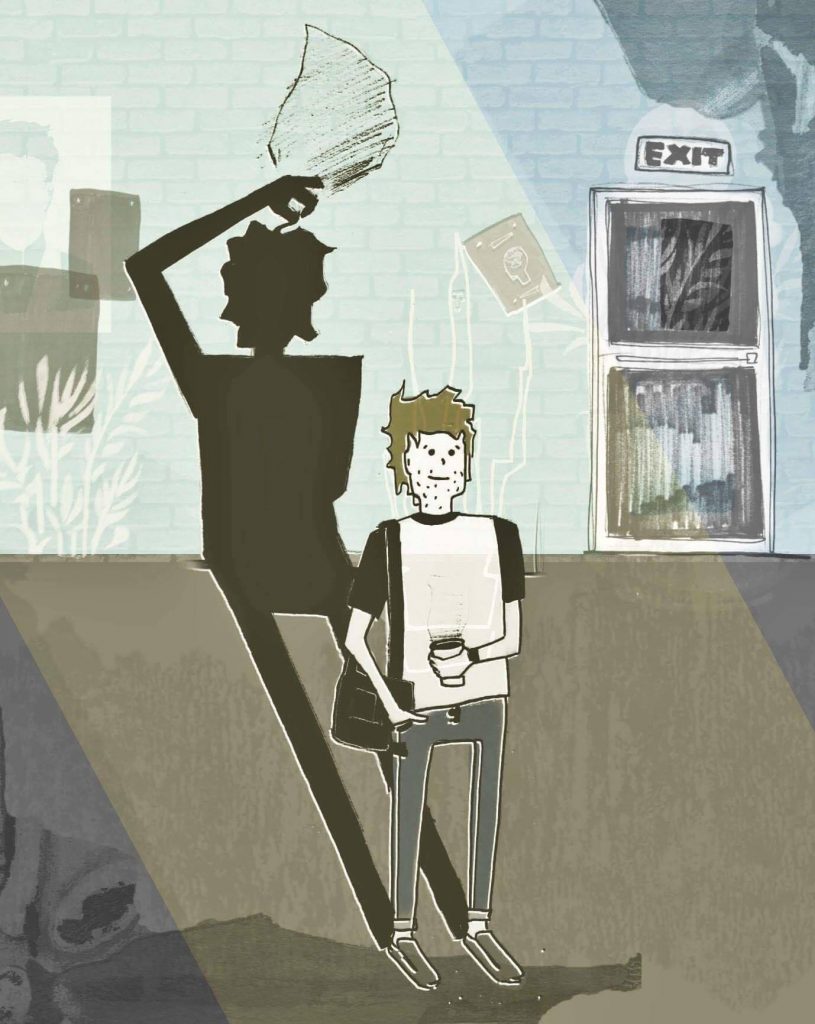 Your friends do so much for you

To those who have been affected by me in one way or another, and regardless of what you say you know who you are, I would just like to say this… I’m sorry.

I’m sorry for having to be anti-social on a night out and not get as involved. I’m sorry for having to go to bed early or make it seem like I need to be attended to. I’m sorry for bringing up a concern in your mind when so many of you have more important things to focus on. I am one for making no excuses when I know I’ve done wrong, and there’s probably many a time when you’ve wanted to just leave me alone or feel the need to change what it is you’re doing to make sure I’m okay when in reality it’s irritable for you. And I hope that my kindness towards these people is acknowledged because they’ve done so much for me and the need to be kind to others outweighs that of being kind to myself, especially those that have been there for me.

I’d like to have the self-belief that one day this will end, that these concerns will vanish and I’ll be able to live my life without fear, but that’s just life. I battled with it, became terrified of it, and am now in the acceptance stage that is the grieving process. And whilst I may wake up constantly tired, bitter, anxious or a plethora of other negative adjectives, I know that it won’t win, because I won’t let it.

Massive thanks to Ellie Blagdon for the illustrations. Check out her Instagram.