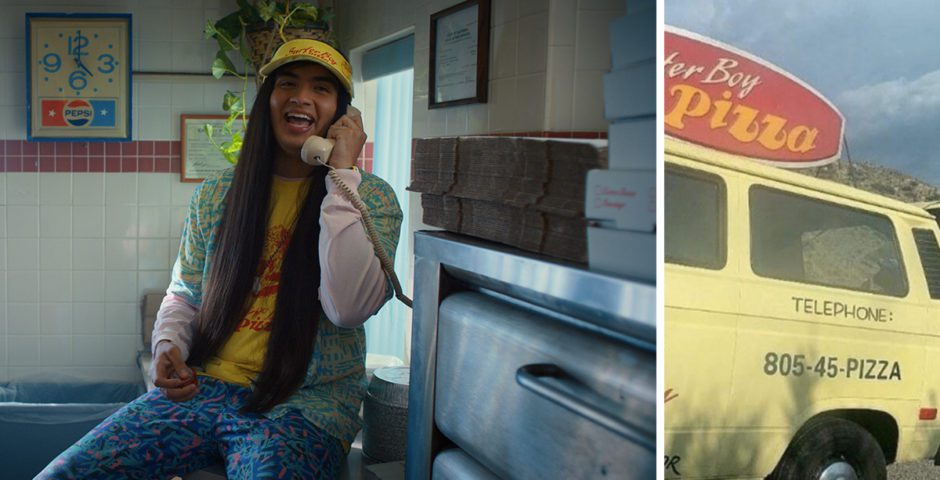 Brb going to ring him 30 times

This is just a public service announcement to let everyone know that if you call the number that is for Surfer Boy Pizza in Stranger Things, new cast member Argyle actually answers and leaves you a message. I recommend you go and try it out, right now.

Viewers of the show had wondered if the number, written across his yellow van in the show, would actually work – so a few tried. And yep, they found themselves on the receiving end of an automated message from the show’s character. The number you need for Surfer Boy Pizza is shown during Stranger Things, and is 805-45-PIZZA, spelling “PIZZA” out numerically on your keyboard.

Someone has shared on TikTok exactly what the message says. They call the number and Argyle says: “Surfer Boy Pizza, this is Argyle speaking. We make everything fresh here at Surfer Boy, except for our pineapple which comes from a can, but I still recommend slapping some juicy pineapple on. Oh, fruit on your pizza is gnarly you say? Well I say try before you deny!” Argyle then says “hello” and the TikToker seems unsure if this is then him actually speaking, but I guess it’s not.

People on Twitter have also been trying the number, and have rightly so, have completely lost it. “OHH MY GOD, FINALLY! a tv show actually DID something with the phone number they used,” one said. “If it’s busy, call again!”

OHH MY GOD, FINALLY! a tv show actually DID something with the phone number they used 💀🤣

Stranger Things 4 is available on Netflix now. For all the latest Netflix news, drops, quizzes and memes like The Holy Church of Netflix on Facebook.

• Stranger Things 4 production secrets: 16 behind the scenes facts about making the show