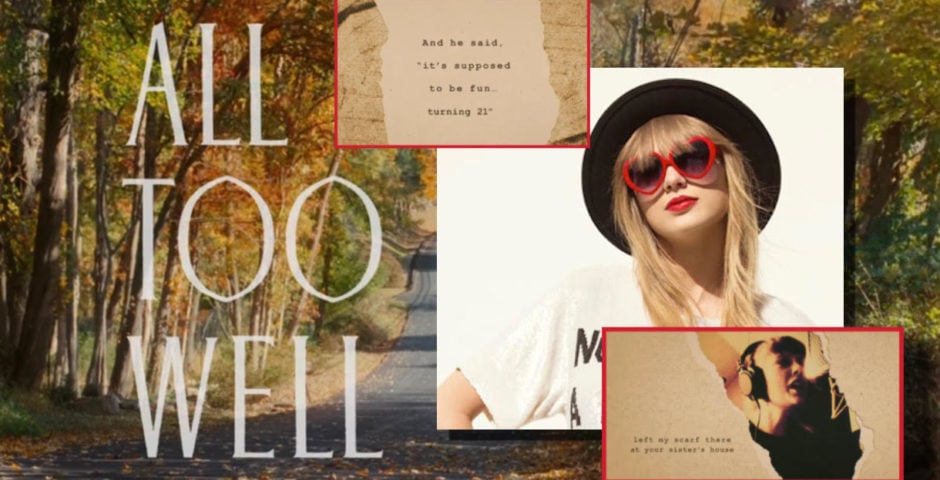 QUIZ: Which 10 minute All Too Well lyric from Red (Taylor’s Version) are you?

Well, the day hath come. After what feels like an eternity since the album was announced (the release date was declared all the way back in June), Taylor Swift has graced the world with the presence of Red (Taylor’s Version). It’s the second re-release in Taylor’s planned roll out to regain the rights to her own music for the albums she released under the Scooter Braun owned Big Machine record label. Fearless (Taylor’s Version) was a masterpiece, and Red (Taylor’s Version) is even better. The reason? It features a 10 minute version of All Too Well – arguably Taylor Swift’s most acclaimed and devastating song in her entire catalogue. It’s a song full of devastating lyrics that’s just got another five minutes worth added to it, with these lyrics all but confirming the song is about her break up from Jake Gyllenhaal.  quiz will tell you which lyric from the 10 minute All Too Well on you really are.

Tonight, Taylor Swift will drop a short film music video for the 10 minute version of All Too Well starring Dylan O’Brien and Sadie Sink, but before you spending the night weeping over that there’s an important result you need to know. Are you more of a crumpled up piece of paper or a scarf left in the drawer (even now!)? Are you feeling the cold air when you walk in the house with him or are you there, wind in your hair, remembering it all too bloody well?!

• Every Taylor Swift single painstakingly ranked from worst to best

• Quiz: Which Taylor Swift era are you, really?