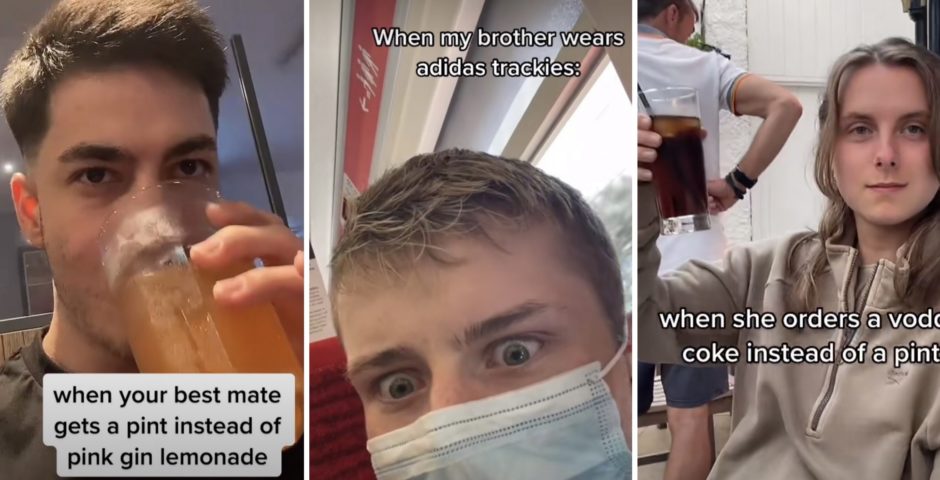 What is the ‘don’t act straight when you’re gay!’ sound all over TikTok rn?

“Oh, don’t look at me like that! Don’t act straight when you’re gay” is a new TikTok sound is not standing for any heteronormative nonsense. Certainly not during Pride Month!

If your FYP is anything like mine, you won’t be able to scroll without coming across this sound right now. It’s everywhere, it’s really quotable and it’s camp as tits.

The setup goes as such: group of pals are out for a bev, and their gay friend is having a pint rather than something more stereotypically femme. The queer in the group lip syncs “don’t look at me like that!” and the hetero pal does the “don’t act straight when you’re gay!”. And hilarity ensues!

Where is the sound from!?

The sound is taken from a live performance of her song Donatella – an album track on her third record ARTPOP and an ode to her good friend and fashion designer Donatella Versace. If you don’t know Donatella, it’s one of the most high camp bangers in Gaga’s discography.

The song starts with the iconic lyrics “I am so fab! Check out – I’m blonde. I’m skinny. I’m rich. And I’m a little bit of a bitch!”

You might have seen the big #JusticeForArtpop campaign that went on earlier this year – it was likely a big factor in the “don’t act straight” sound surfacing and gaining traction on TikTok.

Pints aside, there’s other variations, too:

FYP’s knowing you’re gay before you do:

Iconic ally mums having to contend with cover up girlfriends:

Obviously, these videos are all done tongue in cheek and are laughing and embracing the queer stereotypes that plague us as gay people. Couldn’t think of a funnier way to create this Pride Month.

• What does ‘chupapi muñañyo’ mean and why it is such a popular phrase on TikTok?