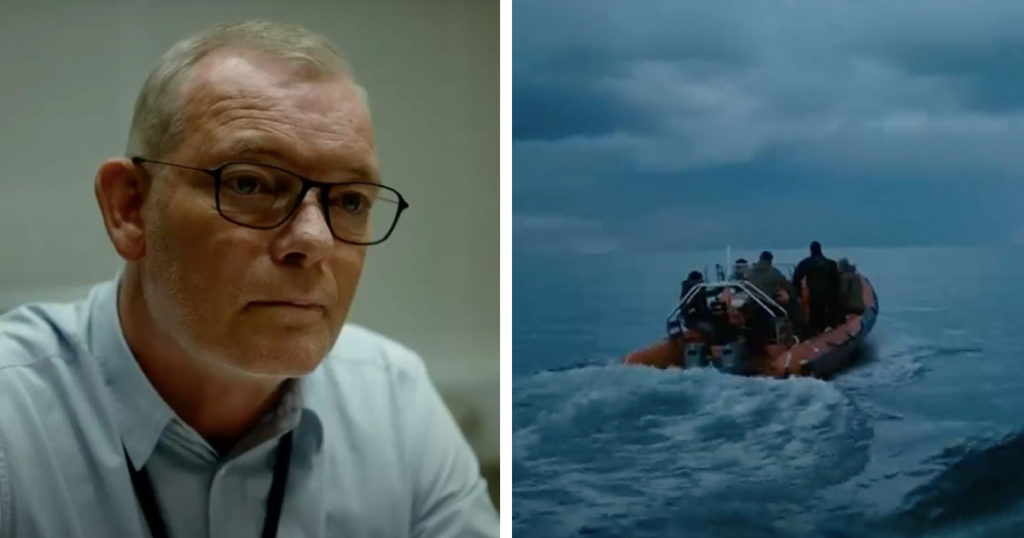 The BBC’s latest drama is based on the true story of the murder of journalist Kim Wall. Kim Wall was murdered after she boarded a homemade submarine in Copenhagen. She was interviewing its creator, Peter Madsen, when he brutally dismembered Kim’s body and threw it out to sea. Madsen told the Danish courts it was an accident, but later admitted to murdering Kim in secret recordings when he was in prison. The Investigation on BBC retells this story.

Kim Wall was murdered in 2017. At the time of her death, the media were fascinated with ‘the submarine case’, extensively reporting on Madsen and his background, speculating what happened and glossing over Kim and her achievements before her death. The Investigation, originally made on HBO and now airing on BBC tonight, tells the story through the eyes of the investigators, Kim Wall’s parents and everyone involved in the case. It purposefully doesn’t mention the killer’s name once.

This is the true story of the murder of Kim Wall, the journalist at the centre of The Investigation on BBC

On 10th August 2017, Kim Wall boarded the UC3 Nautilus, a homemade submarine created by Danish inventor Peter Madsen. The Swedish journalist, who was 30 and had bylines in the Guardian, Vice and the New York Times, had been seeking out an interview with Madsen for some time, and was offered the opportunity to interview him on board the vessel in the summer of 2017.

The interview was only meant to take a few hours, but the alarm was raised after midnight when Kim and Madsen had not returned to the harbour.

Kim had text her partner, Ole, before the submarine submerged. It said: “I’m still alive btw. But I’m going down now. I love you! He brought coffee and cookies tho.” It was the last text she ever sent.

The submarine reemerged on August 11th, and as the rescue helicopters and onlookers spotted the submarine, they quickly saw it sink, submerging once again. Madsen was rescued, but Kim was not there.

Madsen gave three different versions of events across the investigation, from the initial interview to police custody. Firstly, he said he’d dropped Kim back after 10pm near a restaurant. The restaurant owner told police they had not seen Kim, providing them with CCTV which extensively covered the area around the restaurant. Next, Madsen said there had been a “terrible accident”, claiming Kim had died after hitting her head, and in a panic Madsen had dumped her body in Koge Bay, 30 miles from Copenhagen. Madsen’s third version of events was that Kim died by carbon monoxide poisoning, and that he’d dismembered her body.

Kim’s torso was discovered on a beach by a cyclist on August 21st. Police divers searched the depths of the sea for the missing parts of Kim’s body. Her legs and head were found in bags on October 6th.

Madsen was found guilty of premeditated murder, aggravated sexual assault and desecrating a corpse, and given a life sentence. He always claimed he was innocent, and that there was no sexual motive. However during an interview for a TV documentary in September 2020, Madsen admitted to killing Kim, saying: “It’s my fault she died. And it’s my fault because I committed the crime. It’s all my fault. There is only one who is guilty, and that is me.”

For series creator Tobias Lindholm, The Investigation on the BBC wasn’t a story about the perpetrator, but a retelling of the hard work the police and divers spent trying to solve the case. At the time of Kim’s death, Lindholm described the media as a “circus” focusing on the killer with barely any mention of Kim, her achievements as a journalist and the family she had now left behind. Writing in The Guardian, Lindholm said: “I started to think there was a different kind of story here, not just another tale of a ‘fascinating’ man who killed a woman. We could talk about society and a justice system that actually works, rather than humanising the perpetrator.

“I wanted to tell a story about Jens, Kim’s parents and the humanity of it all. A story where we didn’t even need to name the perpetrator. The story was simply not about him.

“The press now talk about Kim as a journalist. The series, along with everything that her parents do, is a way of making sure that she is remembered as the talented, successful, important writer that she was.”

The Investigation starts tonight on BBC Two at 9pm

• Where are they now? The real life people from The Serpent murder case

• How accurate is the cast of The Serpent compared to the real life people?