An education under ISIS: Inside the ruins of Mosul University, a training ground for jihadists

The library is an ash black shell, a bonfire built out of books and petrol bombs

Mosul University was once one of the largest in the Middle East. Home to more than 30,000 students, as an institution it was larger than Kings or Edinburgh. That changed, in the summer of 2014 ,when Isis rampaged across northern Iraq.

Visiting two days after it was recaptured by Iraqi government forces last weekend, The Tab reports on what remains of the campus.

With Mosul’s conquest they also took back the university, the main campus of which, for the past two years, has served as something of a local headquarters for the jihadists. 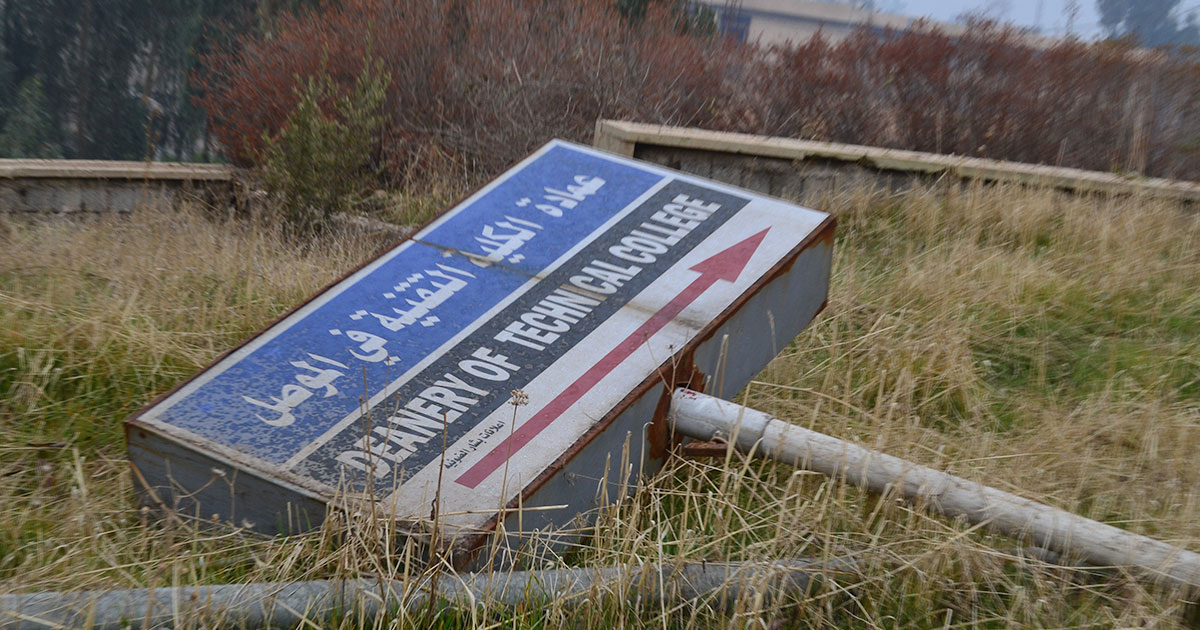 In a brazen advance, they took control of the city of Mosul and its 1.5 million inhabitants.

The university’s main library is now an ash black shell. One of the first things ISIS did was torch the building, alongside the thousands of books held within it. They tossed petrol bombs through the windows – built bonfire out of books. 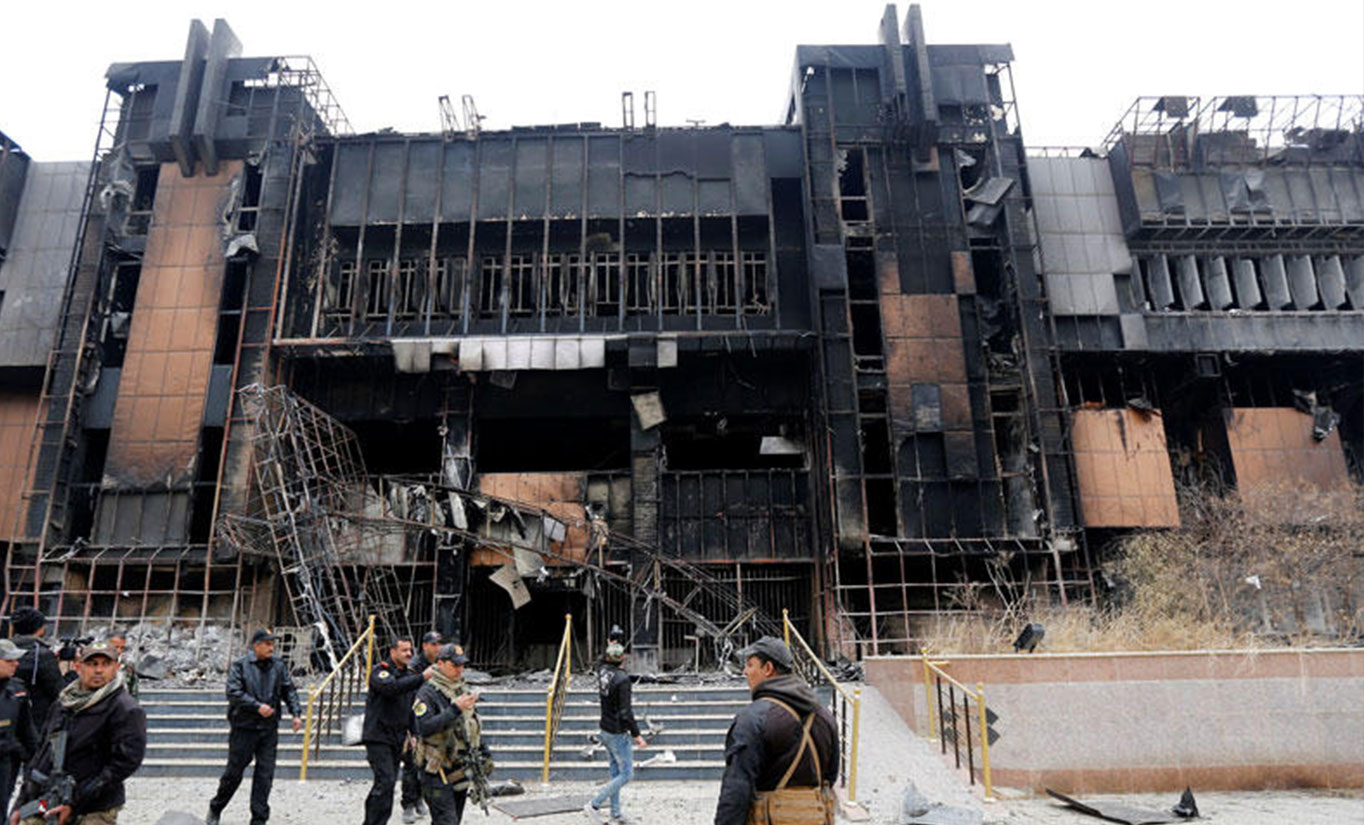 Next they headed for the Chemistry department. They pillaged the stocks of toxic chemicals and lab equipment, transporting it to one of the nearby halls of residence which was turned into a makeshift chemical weapons laboratory. The United Nations believes that some of these may be radioactive substances. That the student dormitory, where just a few years ago freshers would have slept, has been turned into a deadly facility is shocking, but not surprising. 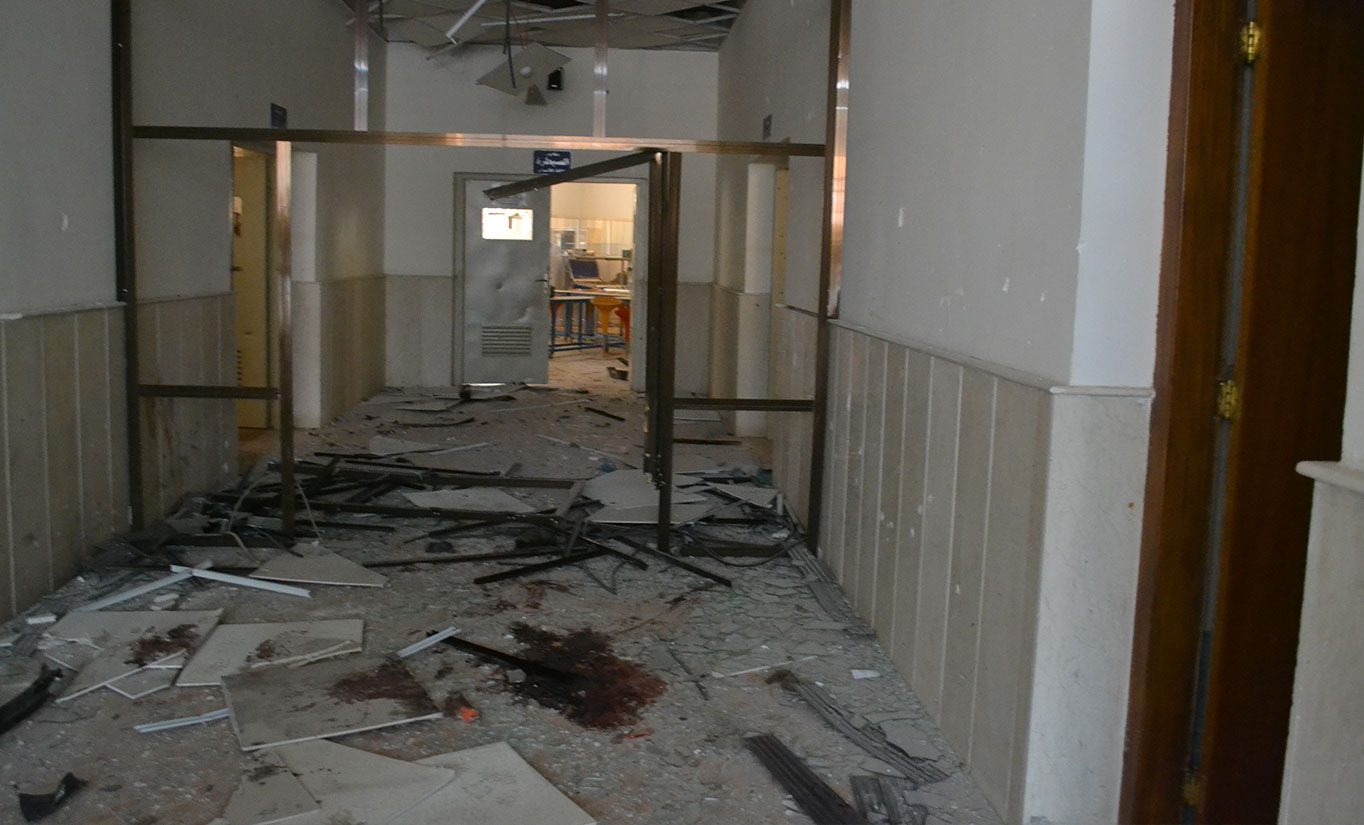 Just down the corridor from the empty chemistry labs lie more makeshift weapons factories. Recently ISIS have become adept at attaching hand grenades to GoPro drones and launching them at civilians. This is where many are believed to have been made.

That said, education here did not stop completely under jihadist rule. Some of the classrooms were used for religious instruction and indoctrination, the group’s flag and slogans are scrawled on many of the walls. 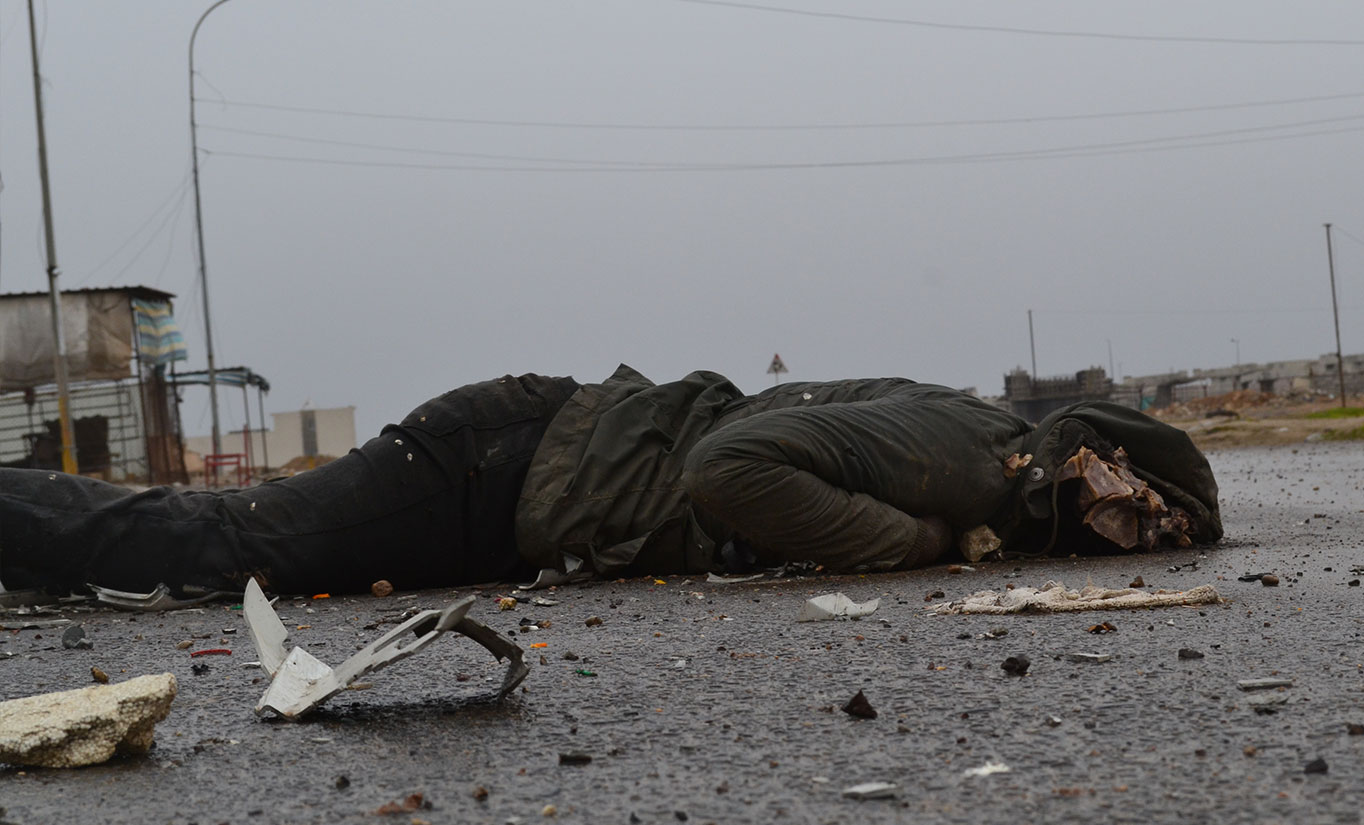 It is on the second floor of the Technology college that some of the most graphic scenes can be witnessed. Here just days ago a deadly firefight took place, at least four jihadists fought to the death against government forces. Down one corridor are streaks of blood, another room now serves as a government machine gun position (see video below). ISIS may have been beaten off campus but they are still nearby, by just a few hundred metres. Looking out of the second floor windows of this once bustling department, their black flags ominously flutter. More than 40 jihadists were killed in the battle for Mosul University, indeed some of their bodies still litter the campus, festering in the sun, limbless.

Some day, the University will again open its doors to freshers, but the pall of the Islamic State, its flags and its soldier’s bodies will always hang over this campus. 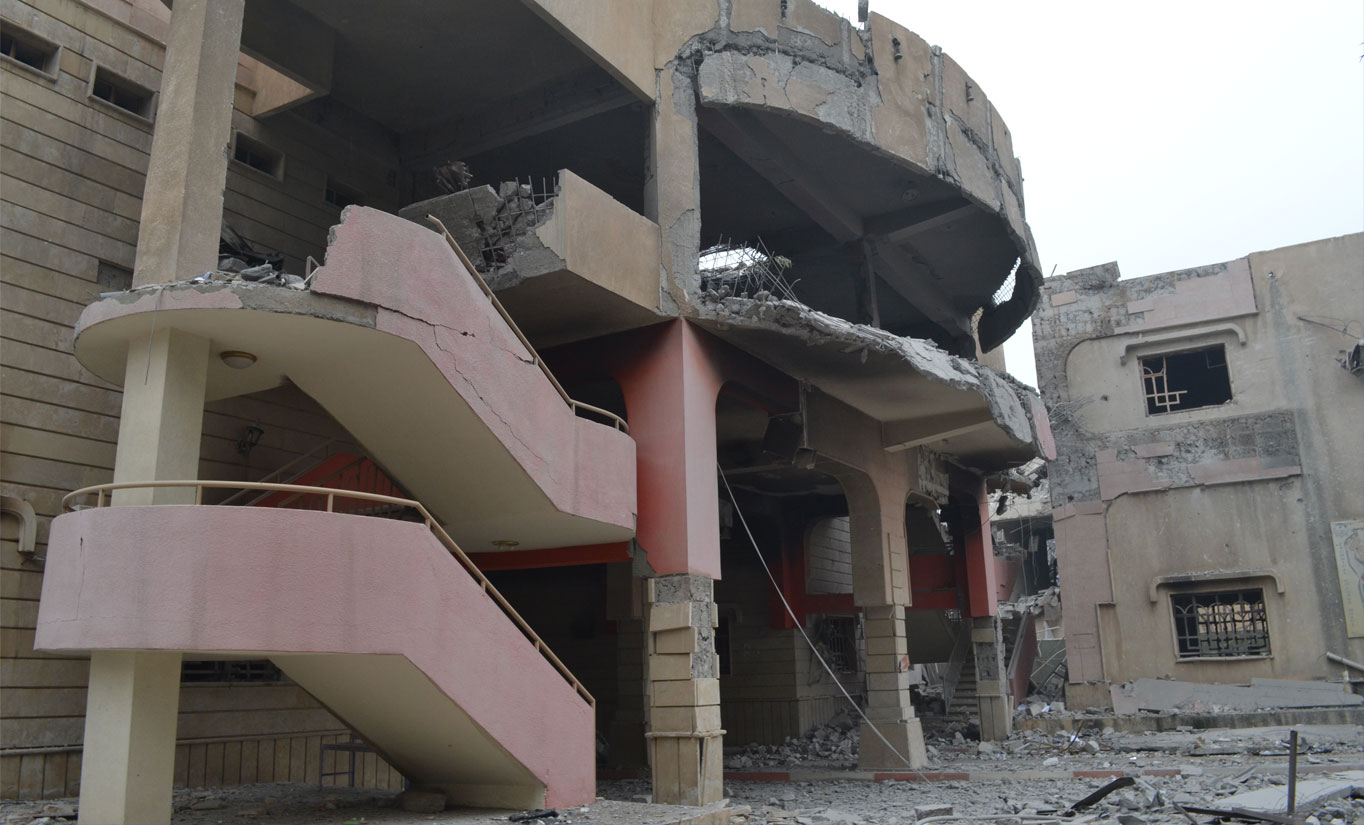 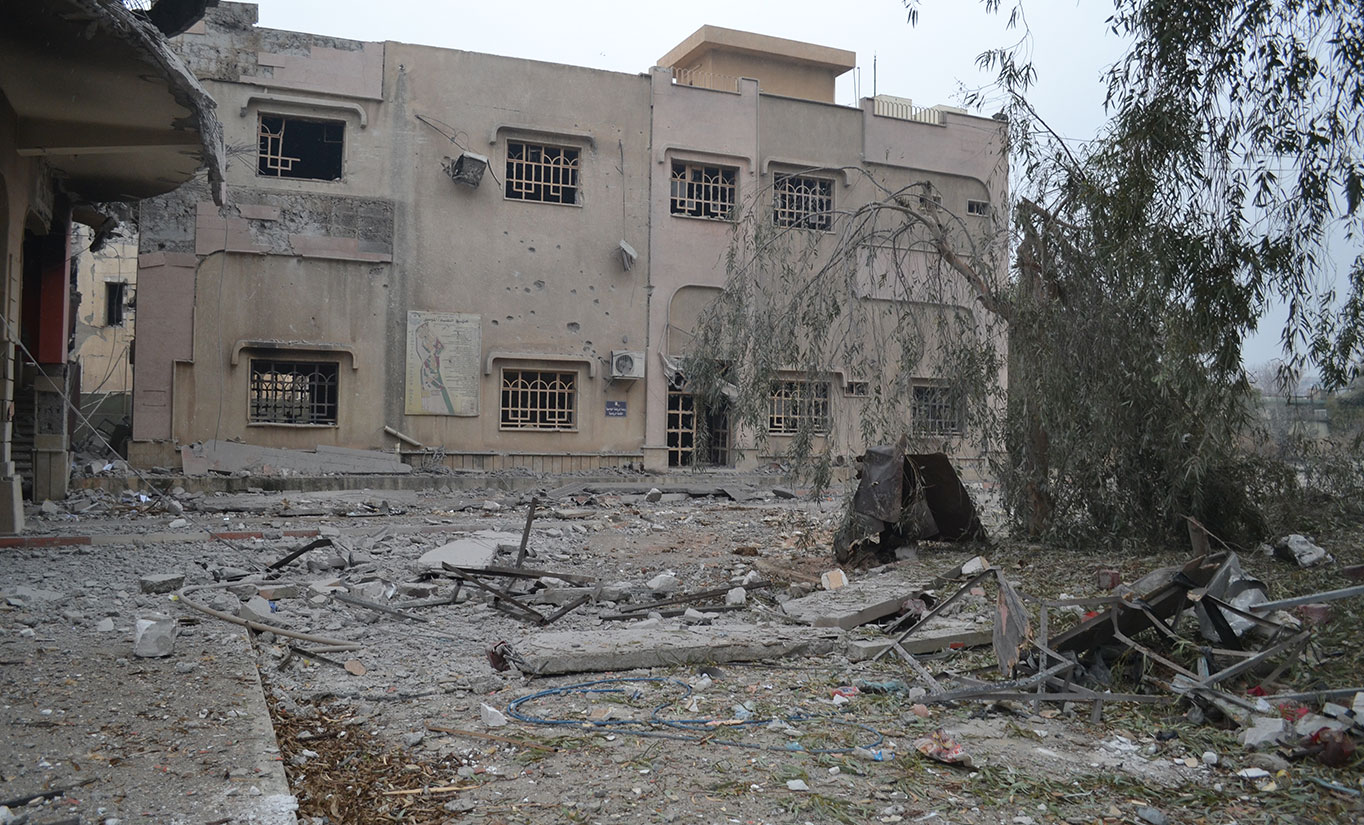 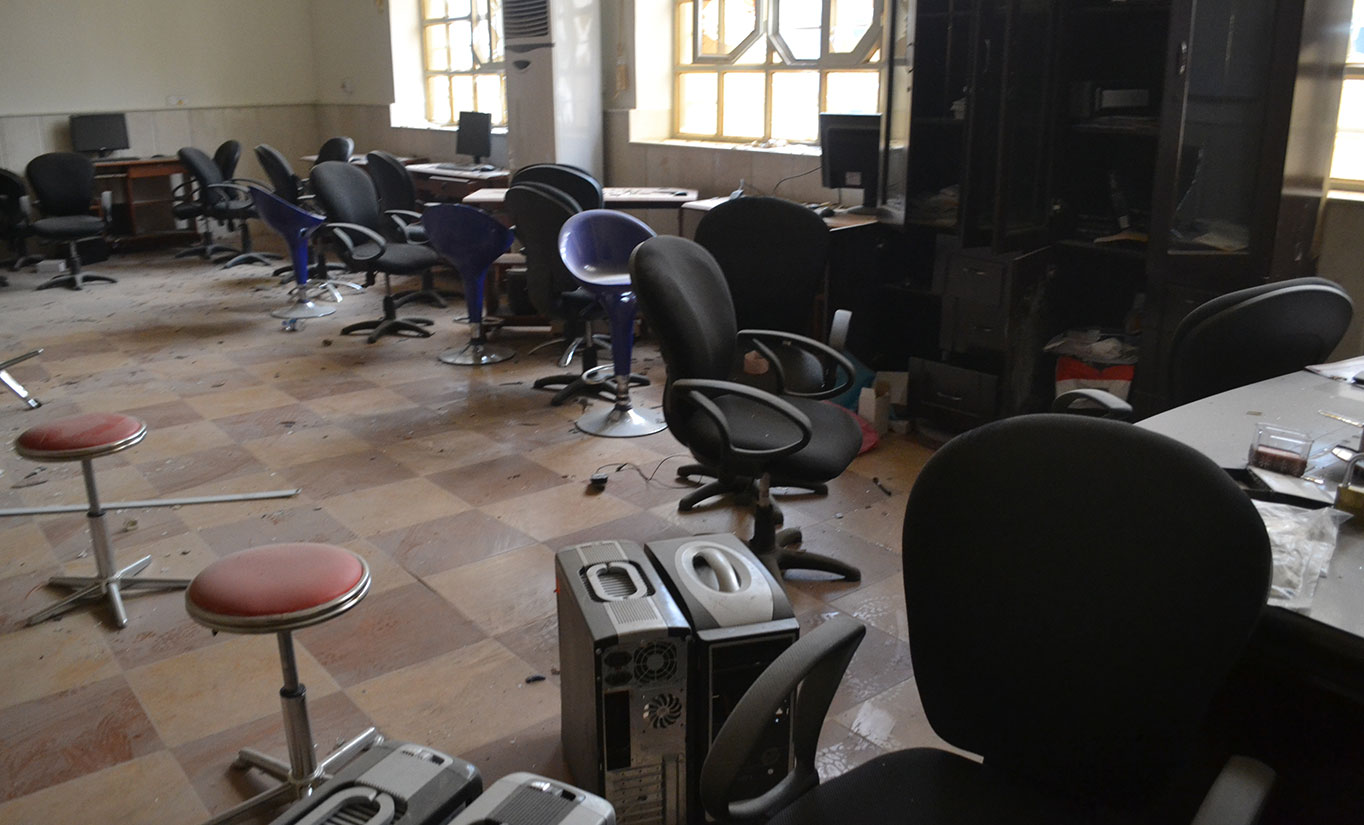 Gareth Browne is a Tab graduate, follow him on Twitter for coverage of the fight against ISIS.