If your New Year’s Resolution was to get fitter, sad and unsurprising news for you: it’s harder for women. In fact, a third of women face harassment when they go running on their own, a new study from England Athletics has found.

The survey polled 2,000 women and found that 32 per cent had faced some form of harassment on a run, with nearly half saying they feared for their personal safety. A massive 60 per cent said they felt anxious when running alone, and more than half said they’d feel safer when running with a group. 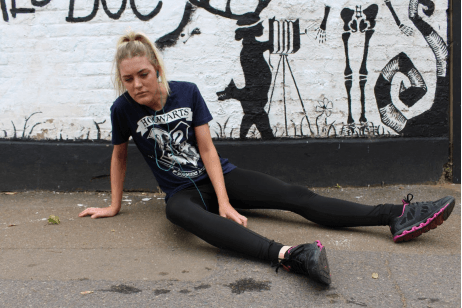 The research was commissioned alongside the launch of RunTogether, a new national programme which aims to get 1 million people running and into athletics by 2020 (presumably without being catcalled). Speaking about the campaign Sam Mollaghan, spokesperson for the This Girl Can Run campaign, said: “When I started running a couple of years ago, I was a little self-conscious about how others would perceive me, so I completely empathise with how many runners feel anxious when running alone.”

Matt Birkett, head of running participation at England Athletics, said he was shocked at how many women experienced catcalling and harassment when running. He said: “We understand that personal safety is a concern to many, which is why we offer groups across the country providing a reliable, safe and friendly environment in which people can enjoy the benefits of running.”