The official UKIP Plymouth Twitter account retweeted an Islamic State supporter who has the black flag of jihad as his profile picture.

Ahmad al-‘Arabi ba’ad hadhaf has pro-terrorist content on his personal account and has tweeted graphic pictures of beheadings, including one of journalist James Foley.

Yesterday he tweeted about MPs who voted to privatise the NHS, which UKIP Plymouth retweeted.

The tweet in question, which has now been deleted, read: 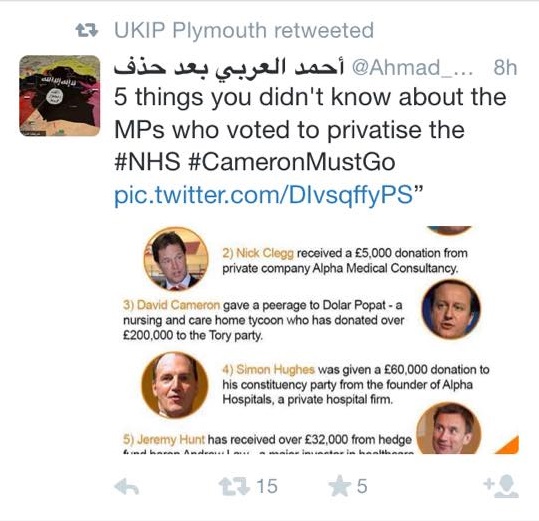 UKIP shared it, only to remove the tweet when Dena Rafati noticed and sent a screen grab, calling the move “disgraceful”.

@PlymouthUKIP have retweeted an image from an ISIS supporter. Outrageous. What explanation do they have for this? #faciststogether