It’s actually really easy to be a Tory at uni: Just don’t be a twat

Almost every day I see Tories whining about how difficult it is for them at university. Ranging from "limits on my free speech" to "lefty protestors interrupting our port and policy evening", the stories of Conservative oppression at uni really do put Sisyphus' troubles into perspective.

I myself have become a lot more bearable in my time at uni – not my opinion, but the view of most of my lefty friends (I'm on the verge of setting up a TripAdvisor page after these glowing reviews). I believe food banks aren’t great, I support trans-rights; I even respect women!

Now, I appreciate these concepts can be quite alien to some young Tories, so let me guide you along the path of… well, not quite righteousness, but at the very least how not to be an insufferable tosser. 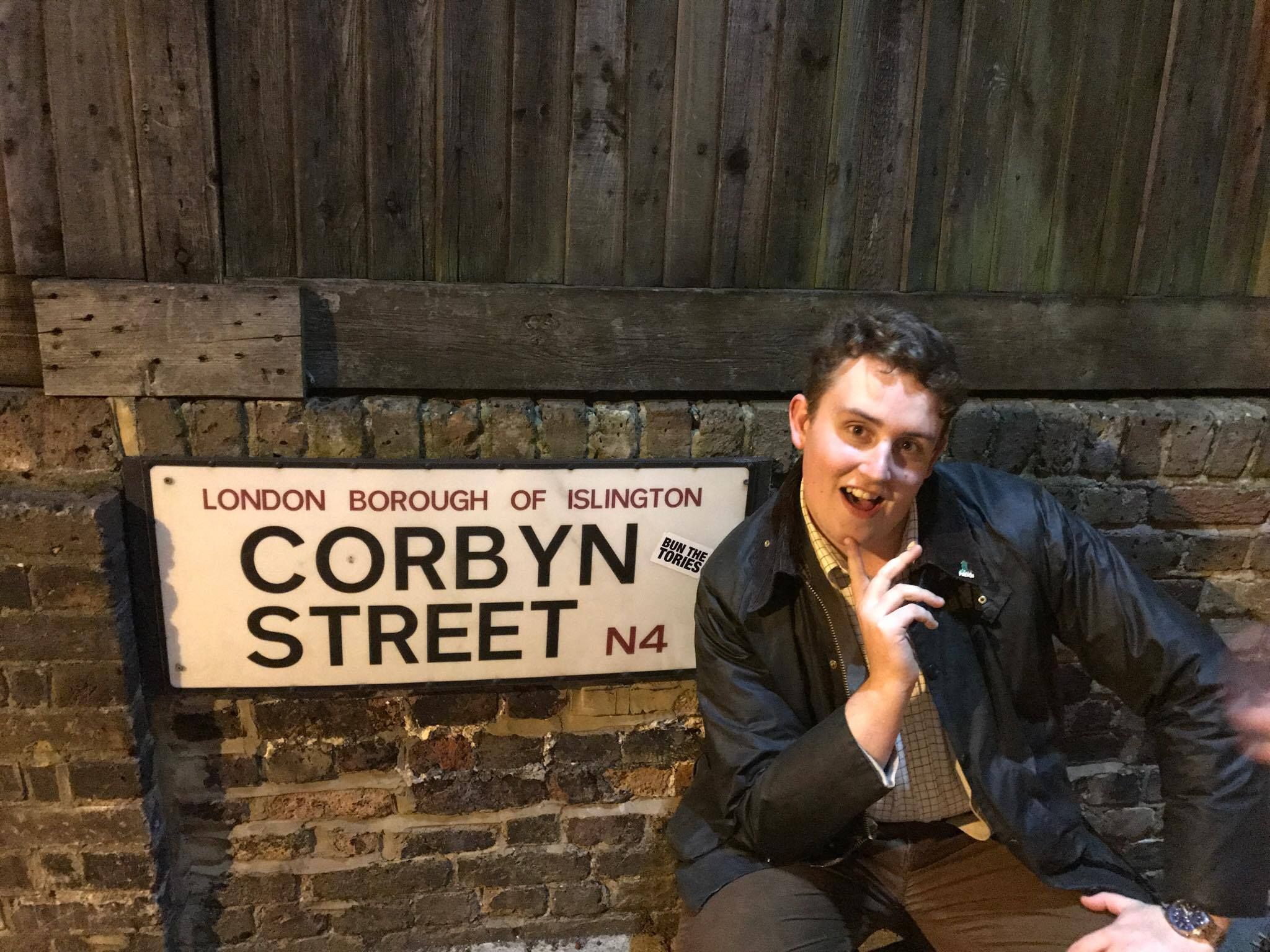 Have you ever been talking to a girl in the club smoking area before, only for her to look at you oddly then wander off to find her friends? Yep—you’ve caught ‘not being able to read moods’ disease.

I get it, you come to uni all bright-eyed thinking you’ll be surrounded by fellow foaming-at-the-mouth activists raring to put on black tie and debate across a dispatch box.

News flash: most students do not give a shit about the merits of a Brexit backstop or about no-platforming. Learn how to spot when people are up for a debate vs when people just want to talk about the latest episode of I’m a Celeb.

Learn how to take a joke

Tories are supposed to be patriotic, so get onboard with the nation's favourite past-time: self-deprecation.

Don’t take everything seriously: David Cameron apparently fucked a pig; a Minister recently tweeted (in all seriousness) "I'm rooting for Big Dog Theresa!”; and Jacob Rees-Mogg—a man who looks like he couldn’t put bread in a toaster without the help of his nanny—is a high-ranking MP in our party; in other words, there is so much to laugh at.

To misquote the great philosopher of our times, RuPaul: if you can't laugh at yourself, how the hell are you going to laugh at someone else?

Being an edgelord is not funny

You can say "feminism is cancer" all you want — you can even claim you’re being entirely ironic—but don't hold out for a stint on Live at the Apollo.

Being controversial is not a sense of humour. Joking about how you hate yourself and quoting four year-old Vines—now that’s humour, my friend. 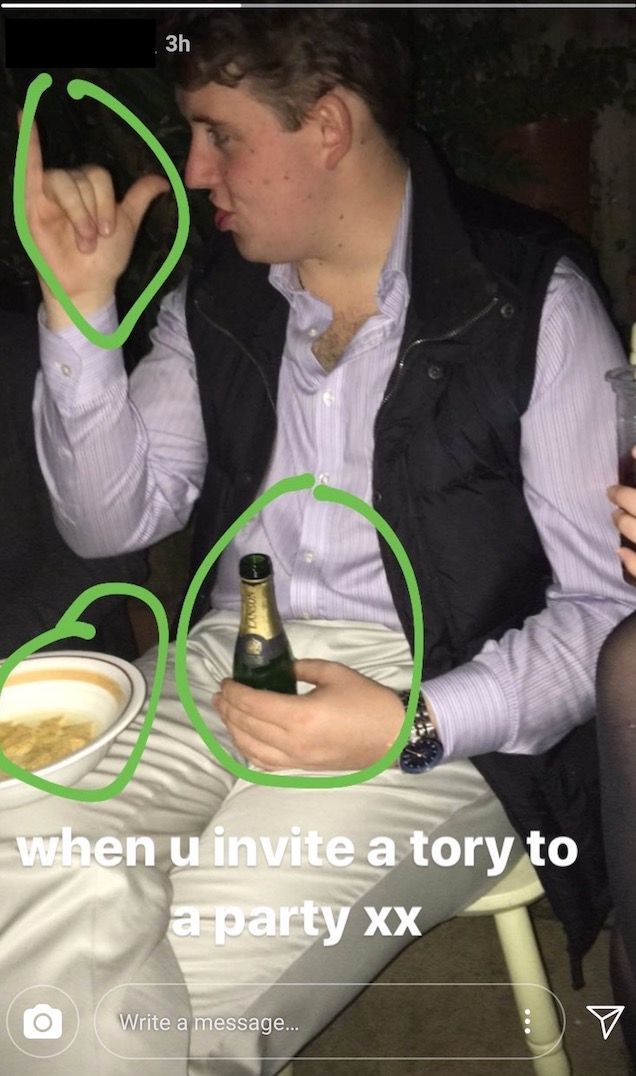 Don't be a snowflake

"Muh free speech" is often the battlecry of student Tories and right-wing commentators alike, but way too often young Tories fail to realise often they're the one's acting like "snowflakes"; you only have to look at the backlash to the recent Gillette advert to see how easily triggered and offended young white males can get.

I’m not saying don’t get offended, just realise that it’s not just the left who do so — oh, and whilst I’m at it, for the love of all that is holy stop calling people snowflakes without any sense of irony. It’s honestly so cringe.

Get with the times

Stop caring about people’s gender, appreciate that rape culture is a thing and that BAME people are unfairly discriminated against by the justice system. Most of your uni mates will judge you more for your social views than whether DEFRA should ban plastic straws.

Not only will getting onboard with the times help you make friends, but you may as well aim to be on the right side of history x

Don’t burn £20 notes in front of the homeless

I shouldn't have to go into any more detail on this one.

"Uh, Christian, aren't you being a huge hypocrite here?" I hear my friends cry. Ok fine, yes I am. Go away.

I enjoy my Barbour jackets, my chinos and my designer labels. All I'm conveying is that my friends seem to think it is "odd" to dress smartly for lectures, so don't shoot the messenger here.

That being said, if you think about turning up to uni in a suit—or even own a double-breasted jacket—I will have to talk to the authorities about the possibility of chemical castration.

The internet is not your friend

As I have learnt to my peril, it is likely your views will change a lot at uni, but the silly twat you once were will always remain preserved on the internet (seriously, deleting search results is harder to getting port stains out of a dress shirt).

The same goes for pictures. If you’re going to do a society t-shirt party and you insist on writing “fuck the NHS” or “Enoch Was Right” on them,

b) don’t put it up on social media.

CCHQ will not thank you for it, to say the least. 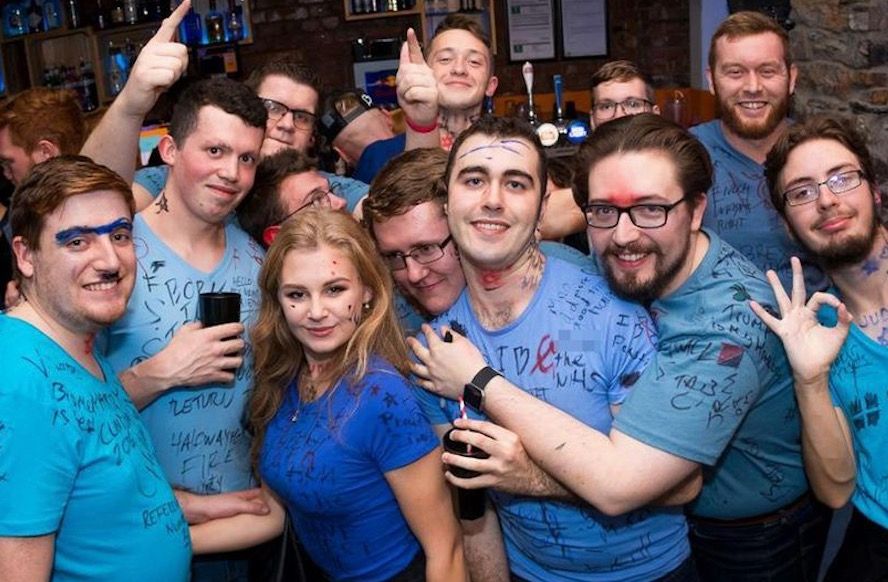 Follow this guide and you’ll do ok; or indeed ignore it, call me a lefty pinko Blairite and keep doing what you’re doing—I know that’s what I’d have done at your age.