Floor Is Lava production secrets: This is exactly how the Netflix show was made

It was all filmed in an IKEA!!

Netflix challenge show Floor Is Lava went straight into the number one spot on Netflix worldwide when it was first released, and since then it’s stayed in top 10. And let’s be real, it’s no surprise – because this show is wild.

It does exactly what it says on the tin – a bunch of adults try to get from one side a room to another whilst pretending (or maybe not pretending, it very much appears real) the floor is boiling hot lava. But how do you go about creating a show that crazy? Here are some juicy production secrets, and exactly what it was like to film Floor Is Lava, according to the show’s executive producers and creators, Megan McGrath and Irad Eyal.

Producers were looking for contestants with big personalities

It’s been said a lot, a few of the contestants on Floor Is Lava are very annoying. But that’s what makes it even more entertaining, right? If you’re wondering how the producers found all these people, they scouted for contestants by looking for people with big personalities.

Megan told The Tab: “We were looking for people with big, fun personalities. People who would work together and go all out. But the main thing we wanted is for everyone to be represented. You don’t have to be a Ninja Warrior to be on this show, and that’s what’s so great about it! Tall, short, young, old, athletic, brainy, it doesn’t matter – there is a way for you to make it across that room. I love that the teams broke stereotypes…some of the smallest teams that you’d typically count out just by looks…they ended up killing it! We love an underdog story, and this show has a lot of them.” 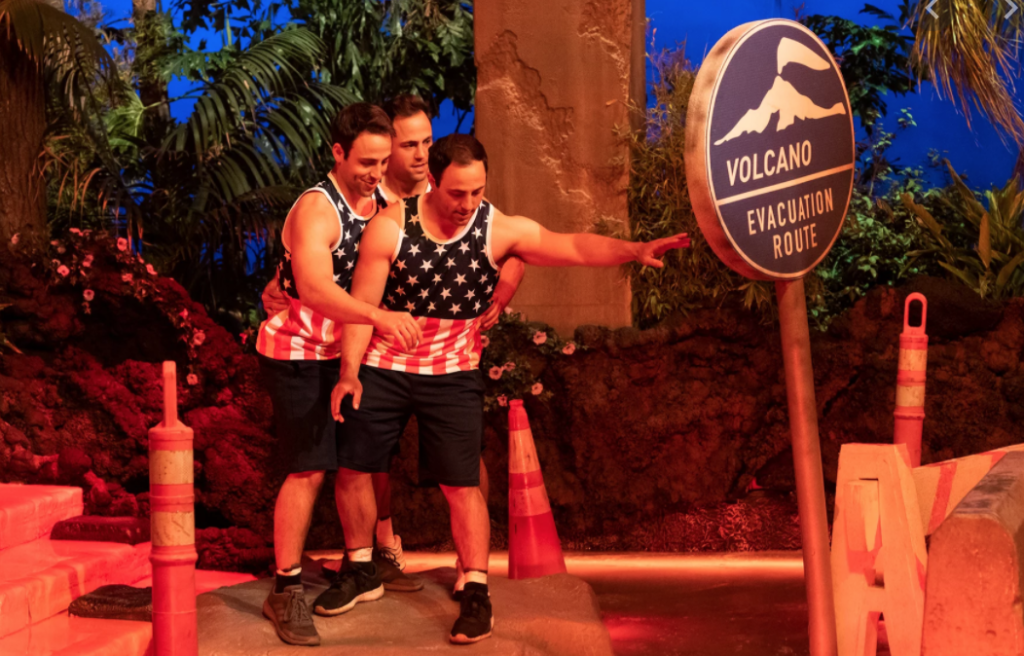 The show was filmed in an old IKEA building

The producers said that filming the show was a “challenge”, which is no surprise seeing as it included filling a bunch of rooms with red-hot lava. Each room was built, the two episodes for that room were filmed and then everything was broken down and the next room was set up.

But where would have the capabilities to do something like that you ask? IKEA, of course. The entire show was filmed in an old IKEA building, with crews working to put it all together 24 hours a day – there was never a time where there was nobody on set.

The contestants know next to nothing about the courses beforehand

One mystery we all need to know, is how much prior knowledge do the contestants have of the courses beforehand? A lot of them seem to follow similar routes and know what they’re doing, but they actually never saw anything until the moment we watch them step out from the door.

Megan told The Tab: “They knew next to nothing. I think that’s why they all look so stunned when they walk in. They’re sort of like deer in headlights when they see the room and all that lava. They were told that everything is in play – you can push, pull, jump, climb, swing, use everything in the room! And if you’re perceptive, there may be things in there that can help (or hurt), so keep your eyes open!”

Irad added: “We gave them tools throughout the rooms. They could use them any way they wanted, but they always surprised us! We never expected anyone to use the staff as a baseball bat to pummel the obelisk, but life finds a way.”

But what actually does happen when a contestant falls in the lava?

The biggest of the production secrets and mysteries of Floor Is Lava is what on earth actually happens when someone falls in?! How is it so seamlessly edited to make it look like they literally melt away?!

Megan told The Tab: “It’s really blowing our minds that so many people are questioning it! It’s LAVA, what do you think happens when someone falls in? They disappear and their teammates must go on without them.” Well that’s that one then.

Speaking to The Hollywood Reporter, Eyal said: “The challenges took a while because there was a lot that went into it. We wanted it to be a game that required some physical ability, but also you didn’t have to be a triathlete to succeed. We wanted it to require brains or flexibility or balance. And so all of those courses had to be balanced out as well to require all different skills. We also wanted to have a little bit of play-at-home. So in the moment when the viewer gets to see the whole course we wanted people at home trying to figure out, ‘oh, I would go from the pyramid to the obelisk or whatever.’ And actually, we’ve gotten a lot of tweets like that, where people talk about screaming at the TV, like, ‘no, no, don’t go on the pyramid!’ It took a little while to figure out exactly how these courses would be laid out, because they aren’t just linear courses. They’re sort of playing fields with unlimited possibilities.”

The show creators confirmed there was a challenge team who tested all the rooms before the contestants even saw them. They saw how everything would move and how easy it would be to navigate, climb between things and jump over things. 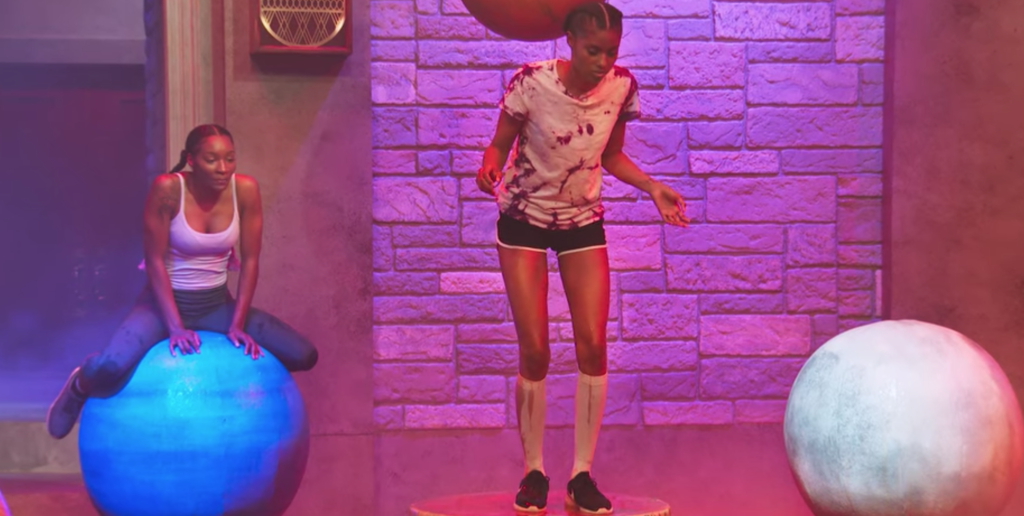 It’s safe to say, the show is scarily addictive – and the producers say they would back having more seasons too. Megan told The Tab: “We would LOVE to make more, and we already have tons of ideas to make the next season bigger and better and even more epic. It’s too soon to know for sure, but the best thing you can do is watch all 10 episodes, and tell your friends to do the same! That’s how Netflix will know you like it and want more. We had so much fun making it. We’d love to give more people an opportunity to live out their childhood dreams and swing from a chandelier over a 100k gallons of lava.”

Floor Is Lava is available on Netflix now. For all the latest Netflix news, drops and memes like The Holy Church of Netflix on Facebook.

• How far would you get on Netflix’s Floor Is Lava? Take this quiz to find out

• Meet your new favs, the three experts in Netflix series Say I Do