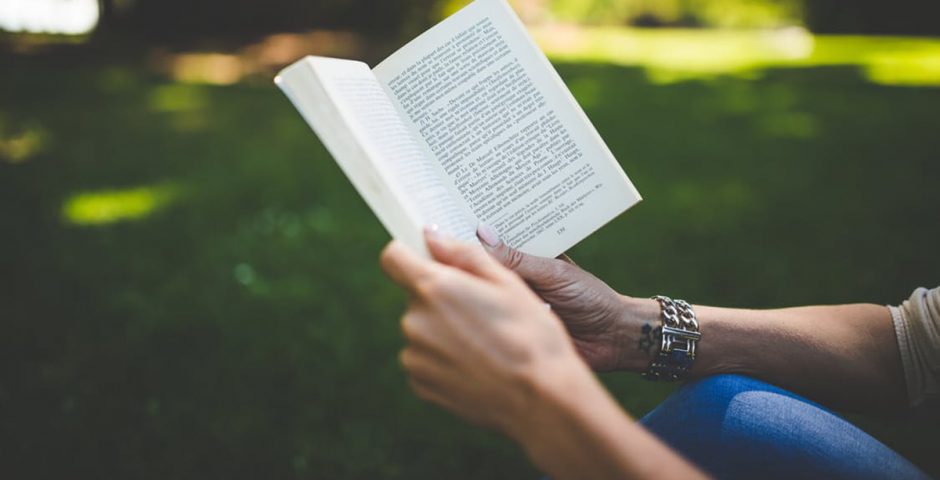 Books every girl needs to read after graduation

‘We lose ourselves in books, we find ourselves there too’

Adjusting to life after uni isn’t always easy. You miss your friends, your student loan, and the escape from the real world. And sometimes it’s difficult not to feel like you’re falling behind while everyone else seems to be striving ahead. These books will help you navigate your way through the early stages of post-uni life, by providing an escape from all your inner angst and internal dread. A good book, a good laugh, and a bit of motivation is just what every wistful grad needs in her life.

Notes From A Small Island by Bill Bryson

American writer Bill Bryson had lived in the UK for around twenty years when he decided to move back to his home country. However, before he departed he took a trip around the UK, as a sort of final farewell.  Notes from a Small Island is a book that documents this whimsical British adventure as Bryson visits Britain’s hidden nooks and crannies.

He notes the quirks, habits, and traditions that make up our tiny island’s charm and provides a fascinating look into everything that truly makes Great Britain great. You know, for when you’re stuck at home and feeling a little bit shit about where we live.

Just started to read this ? This is a seriously funny book . Ha! #billbryson #notesfromasmallisland #book #funnybook

The Opposite of Loneliness: Essays and Stories by Marina Keegan

Aged twenty-two Marina Keegan had written a play that was going to be produced for the New York International Fringe and was also about to start a job at the New Yorker.  She had a promising writing career ahead of her, yet less than a week after she graduated from Yale university she tragically died in a car crash.

The Opposite of Loneliness is a collection of essays and stories published posthumously with each thought-provoking in their own individual ways. To remind you to never take life for granted, and that you can do so much by this age.

I needed this book as I ended being 22 & began my life at 23. I cried during every story at some point & I recommend it to all who want to feel #TheOppositeOfLoneliness. Thank you for being here, #MarinaKeegan. #daleycanread

In one of Keegan’s essays she writes: “We’re so young. We’re so young. We’re twenty-two years old. We have so much time.” This message is one we’re told over and over, we have the whole of our lives ahead of us. Overall this book perfectly captures what it’s like to be on the cusp of adulthood.

However, reading these essays and stories, knowing of Keegan’s untimely death, what this book reminds us of so poignantly is that life is not something to be taken for granted, that we should cherish every moment, and push ourselves towards our aspirations because it all could be taken away in an instance.

It’s All Absolutely Fine: Life is Complicated, So I’ve Drawn It Instead by Ruby Elliot

Face it: you’ve just graduated and life isn’t quite how you imagined. In fact it’s a bit shit. You thought the world would be your oyster but instead you’re stuck back home living with your mum, as you try and figure out what to do with your life. It’s All Absolutely Fine isn’t specifically about post-grad life but it is about very real life struggles, including anxiety and depression.

Each page contains drawings alongside text as Elliot illustrates and describes her mental health and general life struggles in a way that will have you questioning if this book was secretly written for you. Filled with humour It’s All Absolutely Fine is a great book if you’re in need of a good chuckle and a reminder that there’s plenty of other people out there also feeling a bit ‘meh’ about life.

Have found myself still bra'd at 10 or 11 at night lately, dunno what the hell I think I'm playing at

Do you find yourself constantly questioning if you’re an adult? Or if you’re adulting properly? And if there is even a proper way to ‘adult’? Adulting by  Kelly Williams Brown will teach you everything you need to know about adulting from how to water your plants to how to buy a house.

This book gives you genuinely helpful suggestions on how to be a better adult and a broad sense of everything that you will face in the adult world. Having a handbook for adulting might sound like a bit of a strange (and in some ways patronising) concept but honestly you will fall in love with this book. It’s essentially a guide for how to act like an adult even if you don’t really feel like one on the inside.

This is a young adult novel but just because it’s aimed at teens doesn’t mean you can’t still read and enjoy it. In this book the eponymous character Audrey suffers from severe social anxiety and because of this she rarely leaves the house. The plot mostly focuses on mental health and Audrey’s struggle to recover and overcome such a debilitating anxiety disorder.

On the whole Kinsella gives a very real and honest depiction of social anxiety and all it entails.  Finding Audrey is an incredibly relatable book for people who suffer from anxiety. It’s a very powerful story told in a warm and funny way, and is a definite must read.

According to Professor Steve Peters everyone has an inner chimp. Your chimp is neither good or bad, it’s just a chimp. The chimp represents the emotional part of your brain (opposed to the rational part) and if you don’t control it your chimp can hijack your life. The Chimp Paradox is based on scientific facts and contains a mind model management programme that teaches you how to train your chimp and focus on becoming a happier, more successful person. This book is essentially a manual for the mind that will unlock your potential by helping you to manage your emotions and thoughts.

Excited to give this a bash ? #thechimpparadox

This is an empowering autobiography by the amazing Amy Poehler. The book is split into three separate sections:  “Say Whatever You Want,” “Do Whatever You Like,” and “Be Whoever You Are.” (So sassy.) Poehler writes openly about frank topics that range from the sex she has to the amount of weed she smokes.

She also gives some pearls of wisdom that will instil you with a new lease of life and inner confidence, she writes: “Emotions are like passing storms, and you have to remind yourself that it won’t rain forever. You just have to sit down and watch it pour outside and then peek your head out when it looks dry.” Yes Please is more than just a funny book it’s incredibly insightful and is a great pick-me-up for girls who’ve just graduated and are feeling a little over (or under) whelmed with life.

Hyperbole and a Half  by Allie Brosh

This book will literally make you laugh so hard you cry. In 2009 Brosh started a blog as a place to write about her weird and wonderful childhood stories as well as her adult life experiences and struggles with depression. Each post is accompanied by drawings which she makes on Paint, she says they are purposefully badly drawn “because shitty drawings are funny”.

Following the immense popularity of her blog Brosh created Hyperbole and a Half, a book extension of her blog which features selected stories from her blog as well as eleven new stories.

This memoir tells of the huge challenge one woman faced and how she pushed herself to keep on going no matter what. Following the death of her mother, and feeling extremely lost in life, Cheryl Strayed decided to hike the Pacific Crest Trail, over one thousand miles of the west coast of America – alone. Having also got divorced and being a recovering heroin addict Strayed was seeking to ‘find herself’ and make peace with her demons. For those that need some raw motivation in life this is the book for you. Wild will inspire you in so many ways, it will show you the power of perseverance and self belief and teach you to seek for and unlock your own inner strength. As amazing as it is in book form this memoir was also adapted into an excellent film:

The Handmaid’s Tale by Margaret Atwood

This is one of those books you read again and again. A haunting dystopia that tells of a totalitarian regime where women are dehumanised so much they are treated like cattle. Read this for Atwood’s compelling portrayal of strong women rebelling against the patriarchal and oppressive system that confines them.

"We were the people who were not in the papers. We lived in the blank white spaces at the edges of print. It gave us more freedom. We lived in the gaps between the stories." – Margaret Atwood, The Handmaid's Tale ?? @yuanvillanueva's edition conveys a key image of the Wall, on which dissenters of the theocratic regime are hanged for all to witness the consequences #MET #met_createchange #litseries #writeyourworld