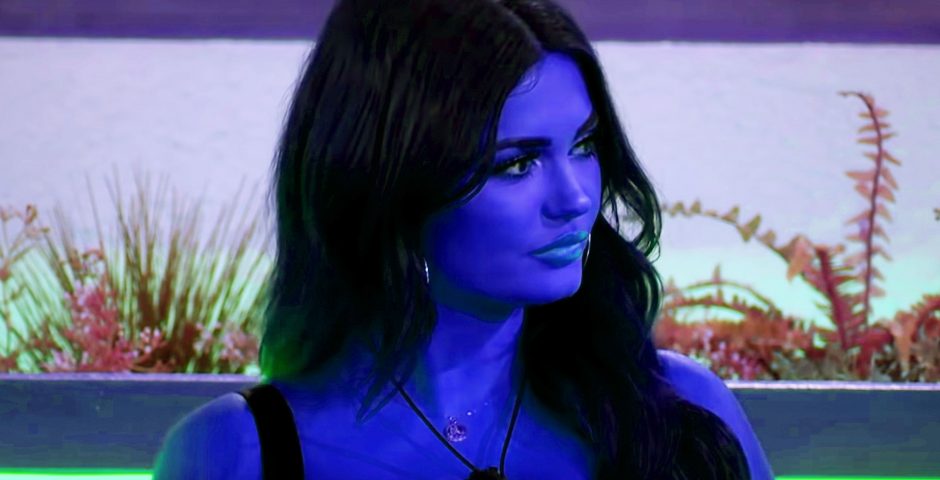 Don’t open this article at work

This week it’s new girl India’s turn, and fans have found clips from her Zoo photoshoot, as well as a really bizarre video for India preparing a Turkey with the caption “India Reynolds You Are The Turkey.” 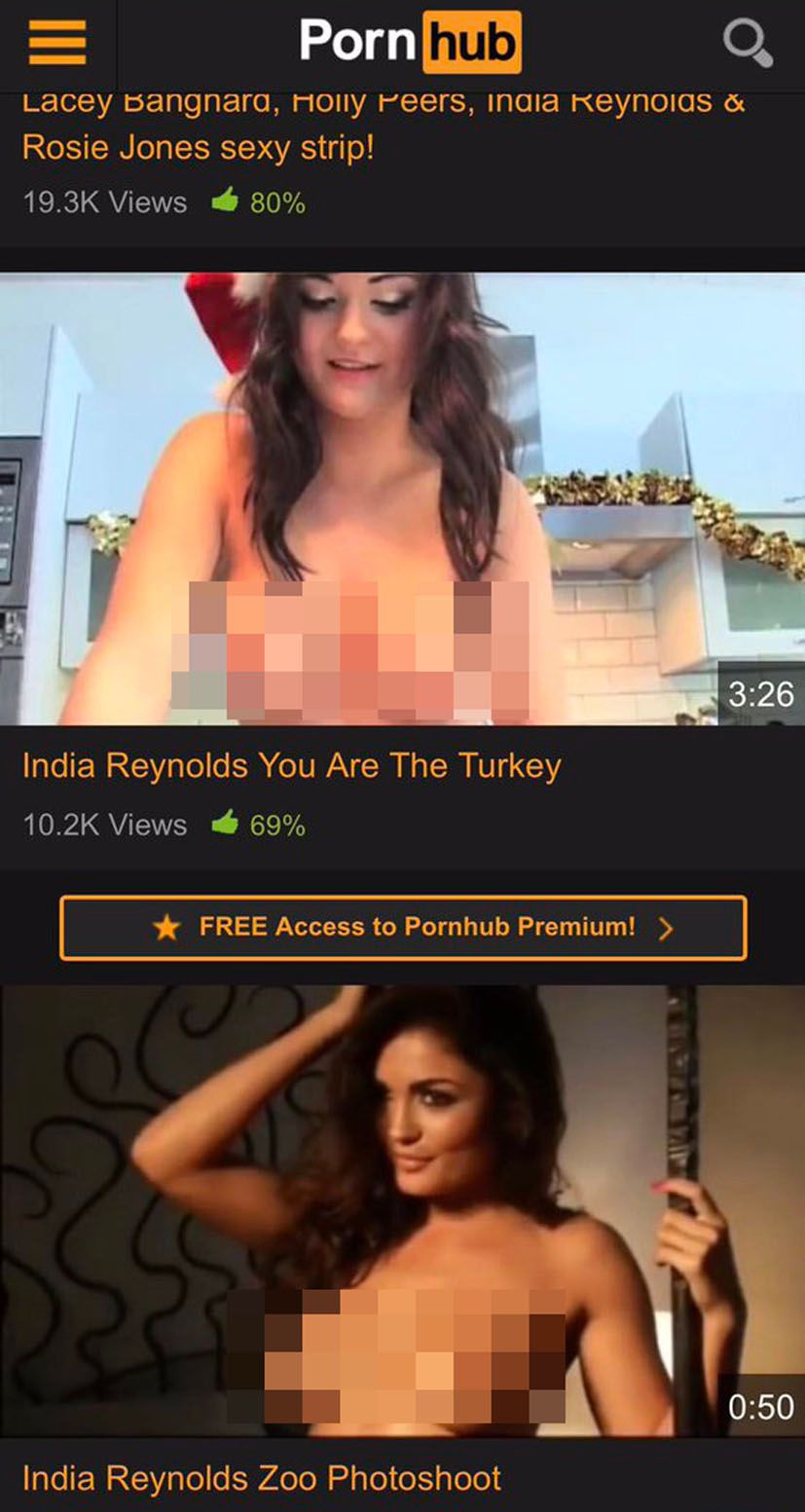 ‘You are the turkey’

The comments were a wild ride

The turkey video has an approval rating of 69 per cent. Jesus. Fucking. Christ.

We’ve been through Molly-Mae’s transformation before, and yes, owing to the passage of time, 15-year-old Molly-Mae is unrecognisable. This time we’ve got pics from a pro photographer who really has made her look like a different person.

Chris says there are more shoots with Molly-Mae in the pipeline ?

Speaking on This Morning, Amber’s mum said she hopes Amber doesn’t get back with Michael.

She told viewers: “I don’t think she’ll go back with him, I hope she doesn’t. Because of the whole way I think he’s played it.

“He hasn’t been upfront with her. He’s been a little bit holding himself back, I don’t know whether he’s playing a little bit of a game.

“But I think he should’ve been honest with her when she opened up her feelings to him when they went to that night out.”

Amber’s mum is keen for Amber to crack on with Ovie however, and said: “Amber is a slow burner and I think it takes time for her to warm up to somebody and given time I think she probably will with Ovie, because he’s just been so respectful.

Clearly, Amber’s mum is on the same wavelength as us.

To wrap up a year of TV, all the stars rolled up for ITV’s summer party. Robbie Williams and his wife were there to represent The X Factor looking like this:

More importantly, a whole host of freeloading dumped Islanders were there too. Elma, Amy, Lucie, Joe, Tom – the list goes on.

Tom did not wear socks to the event, as you can see below:

Elma got carried out, and Amy commandeered the event to celebrate her 27th birthday.

#LoveIsland's Elma is enjoying her freedom as she's carried out of ITV party https://t.co/hLgt6vfHnC

It was not just dumped Islanders from this year’s series who made appearances at the summer party – Megan Barton Hanson from Love Island 2018 was also in attendance.

The Sun papped the couple holding hands, and even saved the video of Demi grabbing Megan’s bum.

Both Demi and Megan appeared on Celebs Go Dating, but weren’t matched during the show – which is technically a violation of the rules but whatever.

New couple alert! @meganbartonhanson_ and @demsims had a fun night at the @itv summer party and the two are said to be an item! ?

A source told The Sun Online: “Megan and Demi met on the show and have been dating ever since.

“It’s really serious. They like each other a lot and it’s the real deal.

“Of course it’s not the ideal scenario for the Celebs Go Dating bosses as the celebrities aren’t meant to date each other, but it’s happened and they’re not hiding it.”

People are convinced Arabella and Wes are a thing now

Despite being linked to Tom mere days before, Arabella has been photographed with Wes from last year’s series.

According to The Sun, the two share management, as well as a love for fitness.

A source said: “Wes and Arabella are each other’s types and they have great chemistry.

“They went for an intimate dinner last night in London and really hit it off – they have a lot in common after being on Love Island and both loving fitness.

“It’s really early days but there’s undoubtedly a natural connection between them.”

Islanders at the ITV Summer Party (inc. Wes and Megan ?)

Earlier this week, Joanna returned to British soil without Michael. She was greeted in the airport by Jack Fowler (class of Love Island 2018). Savvy Twitter users were quick to point out the identical stairs in the background of their Instagram stories: 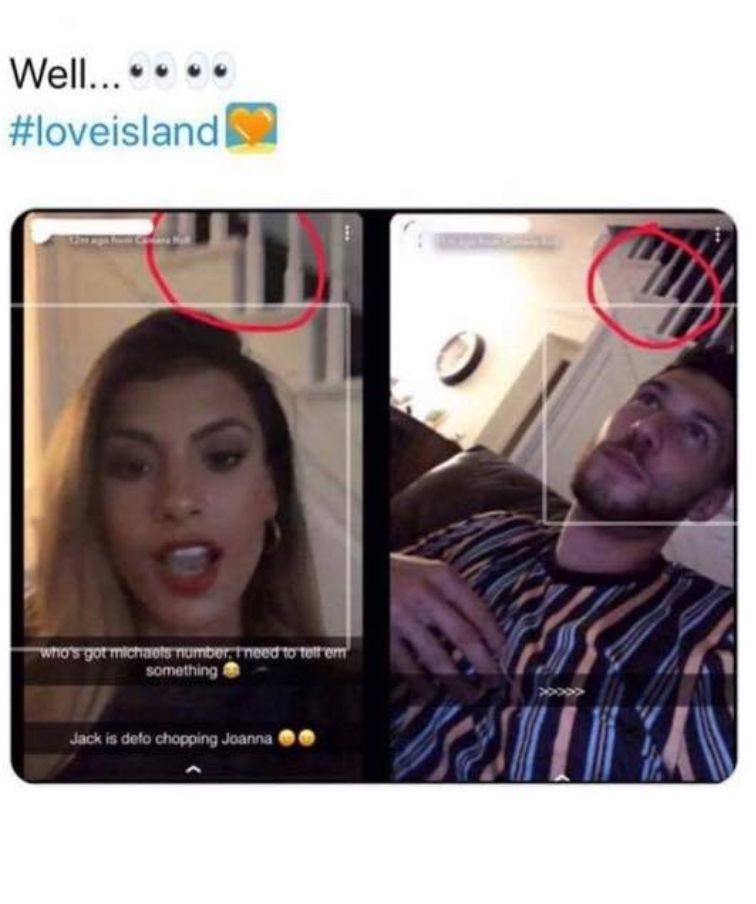 The pair were later seen in similar Instagram stories that evening

Many speculated the pair were romantically linked, but Jack has since spoken out to clarify the two are really good mates.

He said: “I want to clear this up quickly. I’ve known Joanna since I was 11. So over ten years.

“Her family, friends and myself went to the airport to get her. And that’s it. I went to her house afterwards – she had a family and friends’ barbecue to come home to. I was there.

“That was it. It really isn’t that deep.”

The most popular Islanders according to Twitter have been revealed

A blog called Bet Victor has been nice enough to create a snazzy graph showing which Islanders are the most popular on Twitter.

Speaking of Amber, she drives the most discussion – there have been over a million tweets about her since the beginning of June, which is quite mad tbf.

Have a play with their graph – it’s really nifty. You know you want to.

Despite getting binned off by Curits so awfully she had to leave the villa, Amy has been in dogged pursuit of bread.

After her appearance on the Loose Women panel last week, she’s set to join the show as a guest panelist starting next Wednesday.

The face you make when someone asks you if you cried when you got the call from the Loose Ladies ?? What a birthday present that is! ???

“It’s my birthday tomorrow so this is the best present ever. I can’t wait to see the ladies next Wednesday.”

Amy’s also been roped into the next series of Celebs Go Dating, and a source told The Sun Amy’s “bubbly personality” caught producers eyes.

Amy says when Arabella arrived in the villa, she broke the rules by telling the Islanders what the public was saying about them.

Amy told OK! Magazine: “They gave their perspective, they weren’t supposed to and they got told off for it.

“Arabella led me to believe that I was absolutely hated, and I may have been at the time, so I feel so lucky to have come out to so much support.”

Joining the CarFume peddler Hall of Fame this week is George, following Callum, Elma, Sherif and the iconic Georgia Steel.

If it’s been a while since you’ve seen the bottom of a barrel, look below:

Man these things are the business @carfumeuk ? My car has literally never smelt so good, take my word and get on these things? You can use GEORGE10 for discount #ad ?

You know what they say, you either die a hero, or you live long enough to see yourself selling car air fresheners.

Dan, who was apparently a Casa Amor contestant (???) has also been taken in by the smelly dangly things:

Love Islands @danrose_ fresh out the Villa & straight on the CarFume hype? Thanks for the photo Dan! #CarFume ??‍?

The final is being shown in cinemas

Even though the final is famously the least entertaining episode of the series every year, cinemas are screening it.

This year, the final is on Monday 29th July. Judging by this iNews story it’s a PR stunt by Showcase Cinemas, but if you live in in Bristol, Manchester, Dublin, Cardiff or Glasgow, knock yourself out.

Tommy was born in 1999, which means you are old as fuck

Tommy was born in October 20 years ago, which means he’s younger than the following things:

• The first episode of Spongebob Squarepants (May 1999)

• This is which Islander you should couple up with, based on your star sign 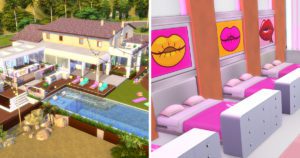