‘Do you regularly use party drugs?’

Potential Love Island contestants have to tell the producers if they use party drugs, have ever seen a therapist, and if they think they're able to eat huge amounts of food, behind-the-scenes documents reveal.

The show's medical forms, along with the official behaviour document Islanders have to sign and warnings from the producers about how the show will change their lives, provide an glimpse into the process of getting on the show. They've been made available by Parliament as part of an inquiry into reality TV.

Here are the forms, where Islanders must disclose their drug use, STI history and say whether they've got genital warts.

Islanders have to fill out a series of questions about their psychological state, in the form of yes or no tick boxes asking:

• "Have you ever had any mental health problems"

• "Have you ever taken/ or do currently take steroids?"

The form also asks if they've got allergies, have ever seen a therapist, how many cigarettes they smoke per day, and if they have a history of violence.

The would-be Islanders have to give the "Psychological Fit To Participate ASSESSMENT" to the show's doctor at their meeting with her.

Check the questions out below: 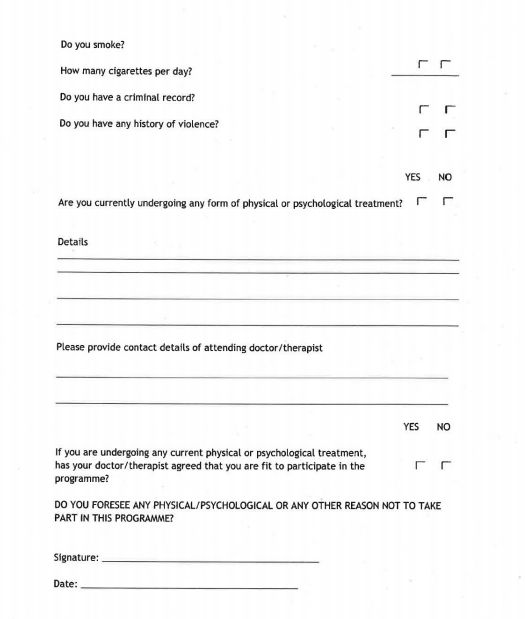 Another form asks about the applicants' medical history, with questions on sex, asking if they've had surgery in the past year, and three separate questions about genital warts.

It also asks how much they drink, and if they regularly use party drugs: "If yes, which ones, how much and how often?"

Interestingly, the form also asks Islanders whether they're physically fit for the following challenges:

• "Water Games – May involve swimming or being submerged, dunked for a challenge".

• "Electric Shock games: eg. domestic lie detector test. May involve being subject to a light shock in a controlled way".

• "Eating challenges – May be asked to eat or drink a wide variety of foodstuffs".

Check it out in full below: 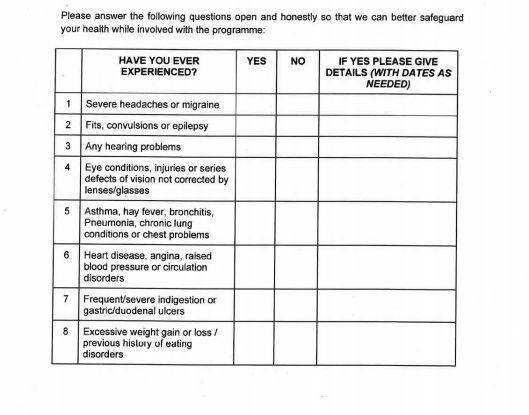 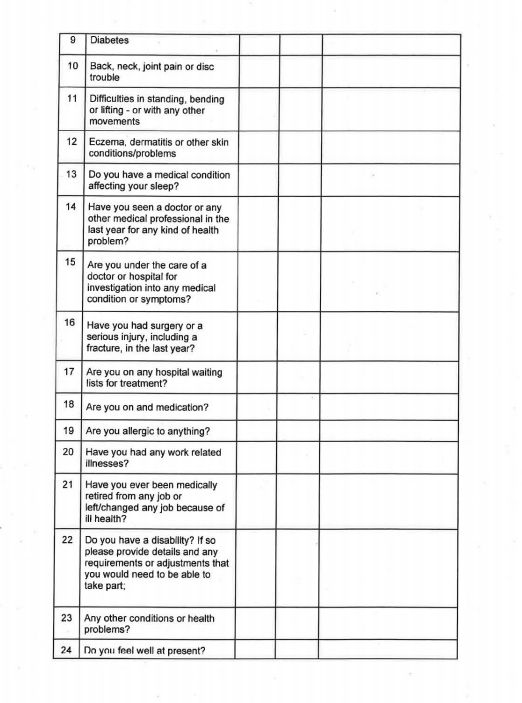 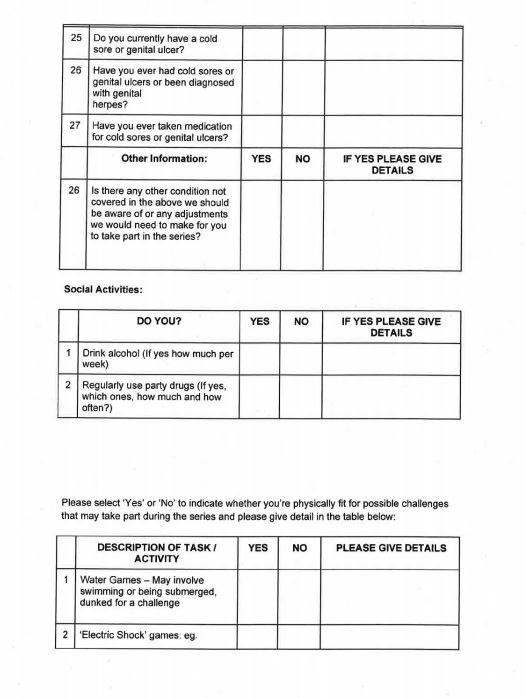 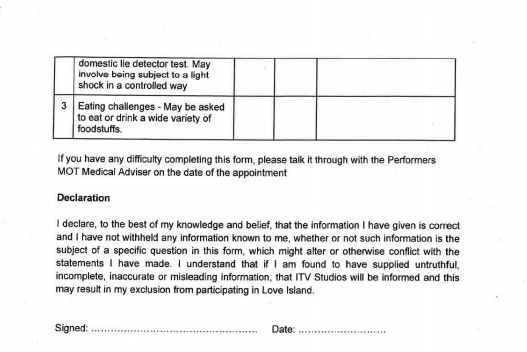 Other medical bits and bobs

In other bits of the forms, producers warn that cast members face a sexual health screening and an unannounced drug test.

There's also a questionnaire for hopeful Islanders to give to their doctors, which asks the same questions as the above forms.

• Revealed: How producers warn Islanders the show will change their life

• This is the official behaviour document Islanders have to sign