Grab a cuppa for this one

Lucie has suggested Jordan and Anna had sex in the shower

Lucie has been doing the rounds after her stint in the villa came to an end last week. Speaking to The Sun on Sunday, Lucie said couples who hadn't done bits in the villa were "very sexually frustrated."

One couple she singled out was Jordan and Anna. She said: "Anna and Jordan were struggling because those two fancy each other like mad.

"At one point, I remember Anna was trying to get in the shower with Jordan."

We've been asking for a while why Love Island producers seem to be withholding sex scenes, but Lucie says the Islanders are still going at it.

She said: "It’s so quiet at night in that villa, you can hear everyone kissing in the beds around you. It’s like being in a rainforest."

A ‘giant creature’ was spotted in the villa

In the aftermath of the Dirty Dancing challenge last week, Michael and Joanna had one of their many chats about Amber, but fans were more focused on something scuttling across the floor.

I’m sorry but what the fucking hell is that giant creature running across the decking? Fuck. That. #LoveIsland pic.twitter.com/DBLl3YQnRp

The camera didn't zoom in well enough on whatever it was, so whether it was a bug or a lizard is still to be decided.

GQ spoke to the exes of three Islanders – one of them nameless, Charlie Frederick (obviously), and Millie Roberts (Tommy Fury's ex).

Charlie, who dated both Lucie and Arabella (and leaked screenshots of their conversations), was in Ibiza when he found out Arabella was going into the villa.

Im happiest when I’m right next to you❤️ • • • HAPPY BIRTHDAY to my amazing Man @charliefrederick_ ? Gutted I can’t be with you to celebrate on your birthday, but can’t wait to spoil you next weekend???? #birthdayboy #boyfriend #bev #mybev Photo by : @loicmichelphotography

He told GQ: "I wasn’t in the best state of mind… I wasn’t a happy bunny.

"I sort of stormed off from the table and had about five minutes, 10 minutes to myself. I was pretty upset about it.”

She said: "A few months later, he went for a meeting on a Friday and said it was for a different ITV show, and then on Monday he broke up with me."

We've already seen Elma and Callum hanging out in restaurants desperate for a bit of PR, and it seems Love Island has brought together another pair of models. Shock.

The couple were at a party in Majorca, and people have begun to speculate they might be dating.

A source told The Sun:"There was no hiding the chemistry between them.

"They were all over each other – very touchy-feely – there's no doubt there's something going on there.

"Tom couldn't take his eyes off leggy Arabella in her stunning green outfit, and the feeling was mutual.

"It wasn't just the physical attraction between them, they had so much banter too.

"They had such a laugh when they were watching the show. They were inseparable."

The first 30 seconds of this will make you pregnant. You should probably find a quiet room if you intend to watch the whole thing:

Look at the clip below please:

In it you will see Maura Higgins walking up to a can of Monster, giving it a healthy slup, then drag racing round a track, before getting out of the car and flipping her hair.

It is, and I cannot stress this enough, quite something.

The Metro managed to find an old tweet from one of Francesca's mates, revealing the pair saw Caroline Flack at Wireless Festival when they were 16 and called her "a dirty paedo."

The tweet in full read: "Highlight of the day seeing Caroline Flack and calling her a dirty pedo with Francesca hahaha."

Apparently, this was a reference to the Love Island host's relationship with Harry Styles.

A representative for Francesca said: "This was a historic tweet that has not come from Francesca directly.

"Francesca can’t reply as she is in the villa but she would be mortified if she was judged based on the actions of a 16 year old friend.

"She has a lot of respect for Caroline and is looking forward to meeting her."

Amy Hart walking up stairs was one of the most memeable parts of her time in the villa. If you have never witnessed it, watch the clip below:

In an undeniable display of self-awareness and excellent craic, Amy has recreated the limbering stair-climb since she returned home:

Nominate this for an Oscar, please and thank you.

Footage from Friday night's Unseen Bits episode showed a random tourist stumbled across the dates between Chris and Belle, and Curtis and Francesca. 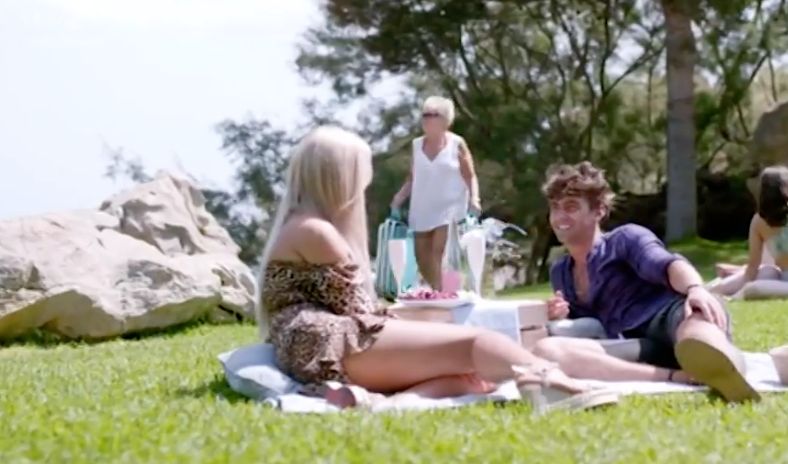 The episode also showed Maura spitting out a live fly – why this wasn't deemed worthy of the real episodes is beyond me.

The Unseen Bits honestly do contain the show's best material, like this clip of Maura absolutely stacking it in slow motion:

Tons of people are begging producers on Twitter to include more of the jokes moments from Unseen Bits, rather than focus on the drama.

I would acc pay so much to view 6 days of love Island unseen bits and one day of drama, it’s so much better than the actual show ???

But the glittering centrepiece of Friday's episode was the moment Tommy and Danny revealed themselves to be adult Harry Potter fans.

The below clip shows them staging a Potter-style duel, during which Tommy is "blasted" into the pool behind him.

We knew Belle's dad was an actor, but only recently has it emerged Belle was featured in a film with him. The film in question was The Last Seven, released in 2010. In it, Belle looks like this: 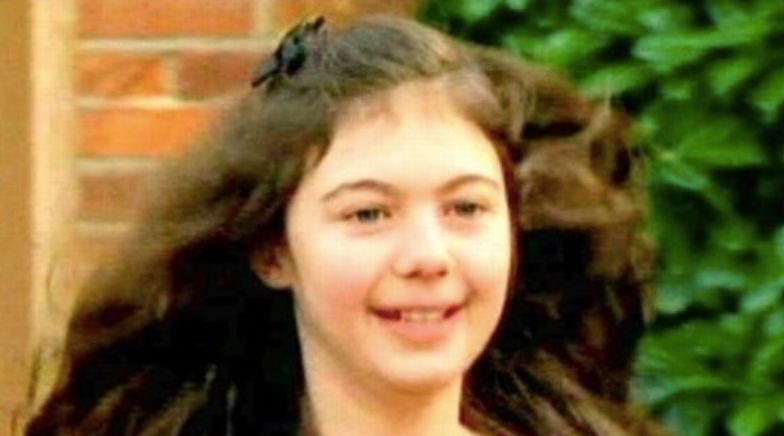 Granted, she is very obviously a child here, but if you want to read more about her transformation, you can do just that here.

George only coupled up with Lucie because she had ‘big boobs’

Speaking on Aftersun, the dumped Islander told Caroline Flack he chose to pursue Lucie because "she’s got big boobs," before adding: "Blondes have more fun."

Marvin also got quite sassy about Maura during the program, saying: "She fancies anything that moves and Curtis moves better than most.

"I didn’t really fancy her in the first place." Meow.

Amy has cut her hair and she looks fab

Look at her hair:

Remember when I told you to keep your eyes peeled for my pinch me moment…well here it is. This Tuesday my raw and honest chat about my villa experience will be in @ok_mag along with the most fabulous shoot, Amz as you’ve never seen her before. Still can’t believe they wanted to shoot little old me!! Best. Day. Ever. Also got to work with the absolute DREAM team that are @jeffmehmet1 (styling) and @marcosgmakeup (hair and make up) plus the lovely Kirsty and Lorna from OK! Still can’t believe it! Ok! Mag out on Tuesday xx

As you can see, it is much shorter than it was before.

Amy has also spoken on Loose Women, revealing she was a big fan and would record it and watch it after school:

She told the audience she had nothing but "fond memories" of her time in the villa, and said "it would have just gone downhill" if she'd stayed.

She's also been filming reactions to headlines published while she was on Love Island. In the clip, she spills a fair amount of tea on the other Islanders:

According to her, Maura was "putting on an act", Sherif was "a really sweet boy," and no one will have sex in the villa this year.

Loads of people are buying fake eyelashes because of the Islanders

According to The Sun, websites like Falseeyelashes.co.uk saw up to a 55 per cent spike in sales after the debut of the series.

A spokesperson said: “It’s been amazing, our lashes literally fly off the shelves the minute the show is over."

They added: "All everyone talks about is Love Island and how to look like the stars of the show.

The firm has now begun marketing lashes to match the looks of Maura, Anna, Maura, and Lucie.

Here's some more Aftersun tea for you, this time courtesy of Lucie. The dumped Islander has claimed Tommy and Molly-Mae aren't out of the woods yet.

She told Caroline Flack: "They’ve only been in there a month?

"Because it’s such a small environment, their dream husband or wife could walk in and they’d love it.

"It’s such a short amount of time in the outside world your head would turn as well. I think anyone could be swayed as well."

Curits’s initial DM to Maura has been revealed

While we didn't think Islanders were allowed to discuss their outside lives, Maura proved us wrong by revealing Curtis had DMd her on Instagram before the series began.

We didn't know what the DM actually said at that time, but now we do – and this is what it said: