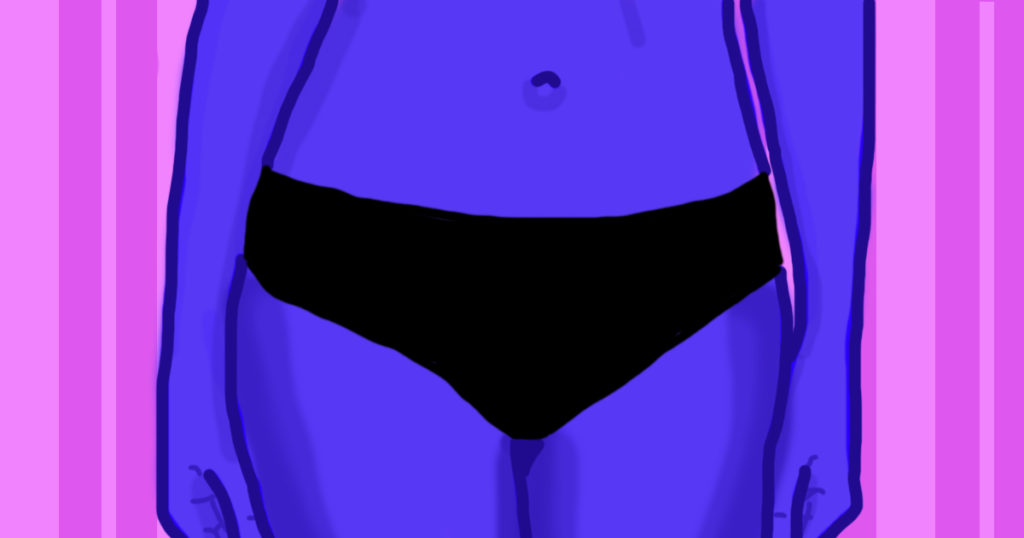 18 things you definitely shouldn’t find embarrassing about your vagina

Bleach stains and discharge are normal !!!

Recently, a new TikTok trend has started where boys show the bleach stains of their girlfriend’s pants with the caption: “Omg what is this?!”. It’s obviously really stupid and immature and I hope all the girlfriends on the receiving end have royally dumped them.

However, ignorant posts like this do shine a light on how little understanding people have of vaginas. Vaginas have been turned into these taboo, hyper-sexualised things that should never be spoken about unless it’s in the context of sex. As a result of this, many people feel a lot of shame around their vaginas. It’s very easy to look at your vagina and anxiously spiral over questions like: “That doesn’t look normal”, “that’s not what hers looks like”, “this feels weird”, “that smells weird”, etc.

First off – no matter what looks “normal” or not, you don’t ever need to be embarrassed about your vagina. Of course, if things change it’s always good to get some professional advice but this still shouldn’t come with a sense of shame. Equally, nine times out of 10 that “weird” thing you’re panicking about is actually a very healthy part of the vagina world. To prove it, here are 18 things about your vagina that you definitely don’t need to find embarrassing.

1. How your vagina smells

Vaginas don’t smell like roses or rainbows or unicorn breath. They smell like vaginas. Firstly, we piss out of the hole right next to our vagina, so unless we washed it after every wee (which we don’t because this is very bad) it’s going to smell. Secondly, it’s tucked in a crevice under a load of clothes – it gets sweaty and smelly, just like dicks and ballsacks and armpits and bum cracks. Get over it.

Discharge is literally your vaginas way of telling you it’s all good. Don’t be ashamed or embarrassed about this. In fact, be proud of your discharge because it’s all part of your vagina’s self-cleaning process. Yes, vaginas literally clean themselves. Dicks don’t do that, they actually just get smellier and dirtier the longer they go without a wash but, just like women, vaginas are far more efficient than their male counterpart.

3. The colour of your period

Period blood is an area of shame for a lot of women, and with this often comes worrying about the colour of it. Period blood sometimes comes out bright red like a cut on your finger but sometimes it comes out in a variety of browns and pinks, depending on where in your cycle you are. Sometimes it comes out in big clumps, othertimes it’s stringy or sticky. There’s so much variety and none of them are “gross” or “dirty”, in fact, they’re the exact opposite.

Whether you like short, long, waxed, shaven, bald or bush, none of this should come with any sense of embarrassment. If you get your vagina out to someone and they make any comment that isn’t: “Wow, that’s fucking beautiful” then leave, please. Your pubes are your prerogative – no matter what you prefer, just make sure you’re doing it for you.

5. The bleach stains in your pants

The bleach stain in your pants doesn’t mean you have a radioactive vagina and need medical assistants immediately. It’s actually a great sign that your vagina is doing its thing of self-cleaning and maintaining its pH levels. The discolouring happens when the pH of your vagina reacts with the dyes on your pants. All very normal.

6. The size, colour or shape of your flaps

Vaginas come in all sorts of shapes and sizes. Long outer labia, long inner labia, lop-sided, tucked away – there are many different variations. Some people’s are darker than their skin tone, some are more red, others more purple. Whatever’s normal to you is completely okay – better than okay – it’s amazing!

STIs and STDs are still such a taboo subject and it invokes so much unnecessary shame for everyone – no matter what genitalia you have. For now, I’m talking to anyone with a vagina: Don’t hate yourself for whatever you may have picked up. They’re all part of the risks human beings have to accept when having sex.

Mistakes happen and protection isn’t used and sometimes even when it is used, stuff still gets contracted. It’s fine. So long as you’re as safe as you can be, you’re honest with your sexual partners and you get yourself regularly checked, there is no need to spend your life in shame.

Equally, if your mate decides to confide in you about an STI don’t shame them. Don’t say “Didn’t you use protection?”, don’t say “Oh wow!”, “Oh shit!” or “Oh my god!”, instead say: “Don’t worry, it’s nothing to be ashamed of. How do you feel about it?” The shoe will probably be on the other foot at some point and you’ll really appreciate the same response in return. 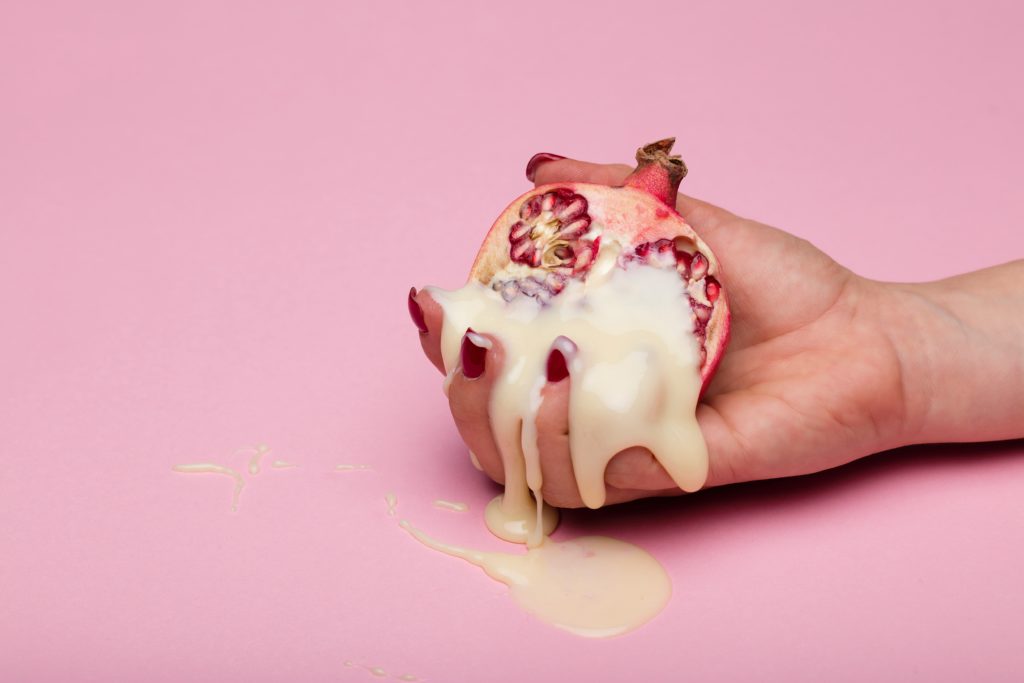 Photo by Deon Black on Unsplash

The yeast infection. A lot of people don’t talk about thrush because the symptoms don’t sound “sexy”. Fuck that! It’s really common and really easy to sort. It also can be dangerous if it’s left untreated, so don’t let society shame you into suffering in silence – go to the pharmacy, get some Canesten and carry on.

Arguably the archenemy of the vagina. UTIs are so uncomfortable and annoying and frustratingly easy to get. Again, this shouldn’t come with any shame. But there are ways to avoid them – pee before and after sex, keep all butt action and fanny action separate and, most importantly, don’t be embarrassed to go to the doctor when they happen.

For the second one, I mean whether you’re loud, quiet, a squirter, whether you get red-faced or stretch out your length or even scream out the fucking Holy Trinity. Don’t feel insecure about what you do when you climax, just enjoy yourself.

13. How heavy your period is

I feel like back in school, no one wanted to admit they had heavy periods because it was “embarrassing”, as if the ideal period was just a drop on your pantiliner and you’re done. Sadly, this isn’t the reality for most people. How heavy your period is isn’t directly correlated to your fertility or your weight, it’s just how your womb happens to bleed.

14. How bad your cramps are

Cramps suck. To such an extent that sometimes you just need to lie down and cuddle something warm for a day. All people with period cramps know this, and yet we’re still so secretive about them. Why is it still “awkward” to tell your boss you have bad cramps so you’re going to work from home or tell your lecturer you’re having to miss a seminar because you’re too uncomfortable? Most people still call in sick, they just make up some bullshit excuse to save the embarrassment. Why? Over 50 per cent of the country experiences menstrual cramps – why do we still pretend they’re not happening?

15. The fact your vagina puffs up after sex

Vaginas get red and puffy after sex. They’ve just gone through a lot of friction, movement and pounding. That’s all part of it. Don’t hide it away under the sheets, instead, show it off – a puffy vagina shows you’ve had a good time.

Yawn. I can’t believe this obsession with “tight” vaginas is still a thing. Like all body parts, vaginas can come in a variety of sizes, but they’re all still vaginas that are fantastic to have sex with. If someone actually tries to argue: “But I couldn’t feel it”, they’re either lying or they need to go to doctors because their dick’s gone numb.

Also, yes your vagina can get wider when you have a baby. This isn’t something to be scared of. You would’ve just produced a fucking human being, your vagina’s allowed to loosen up a bit after the miracle of life. Don’t let bullshit theories stress you out, you’re still going to be an excellent shag. 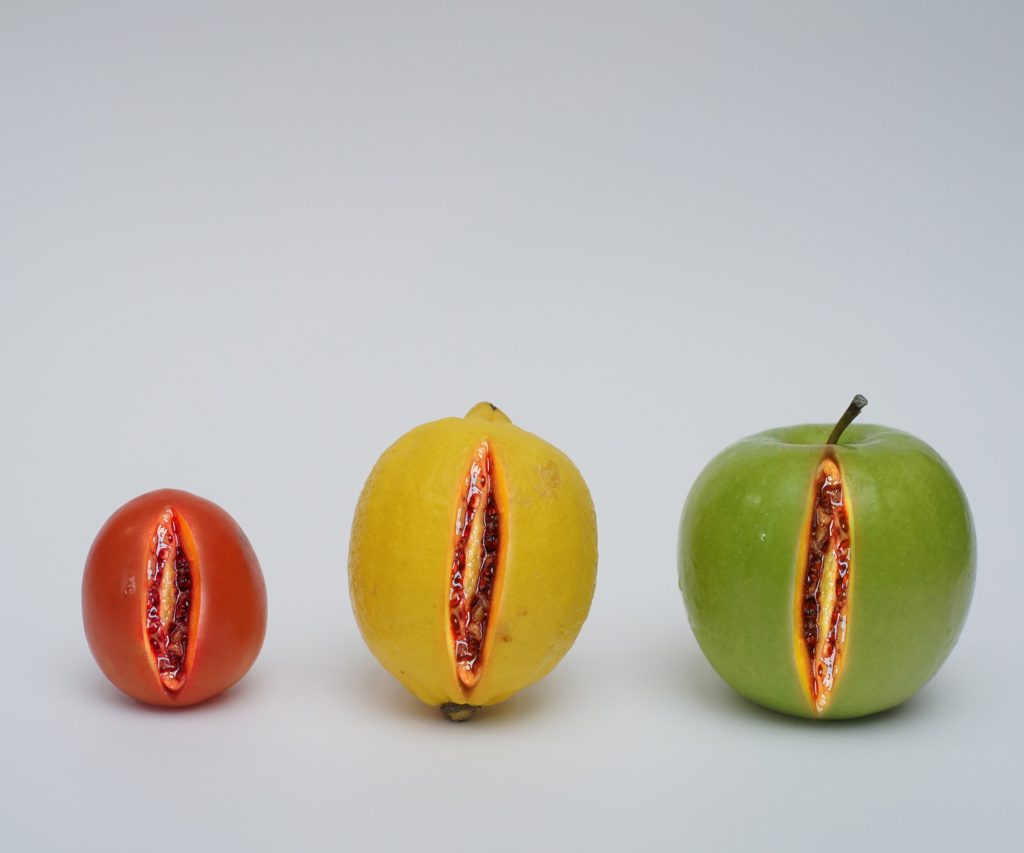 Photo by Dainis Graveris on Unsplash

Pain during sex is also stupidly over-sexualised because it “proves how tight you are” or “how big their dick is” – gag. Pain during sex isn’t sexy, it’s painful. Tell your partner, take it slow and figure out what’s painful and what works.

18. The presence or absence of your vagina

Not all women have vaginas and not all vagina owners are women. Vaginas have become a defining part of womanhood but this isn’t true, it’s just another body part. Vaginas don’t define you, you define you, and your vagina is either a part of that or it’s not.

If you’re worried about any changes, always seek medical advice from your GP or doctor.

• Ladies!! There are five types of orgasms, here’s what they are and how to have them

• Teardrops and East Wests: There are nine types of boobs and this is what they look like