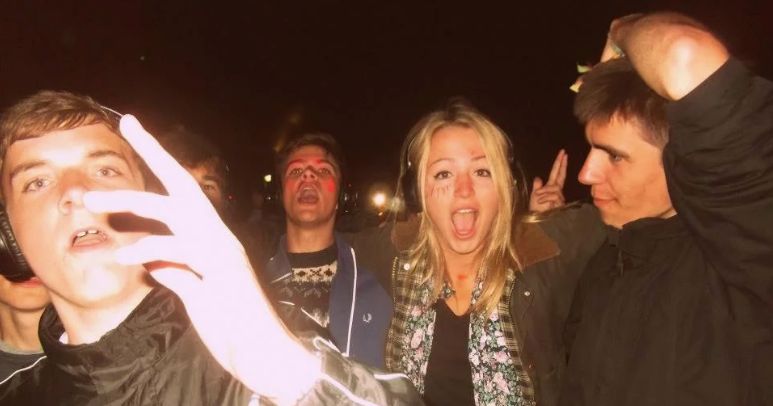 In 2013, a girl dropped her phone and bag in a portaloo at Leeds Festival, reached down to get it and basically got stuck with her head down the hole and inhaling shit for a very long 20 minutes. She was eventually freed by a group of laughing firefighters and the rest was history. Nine years on, everyone still talks about this story.

And somehow, the story of poo girl sums up the vibe of Reading and Leeds in a way that nothing else could. Yet there are so many more instances like it. All throughout the weekend people engage in stupid, animalistic behaviour they would never even think of outside the festival grounds. The loss of morals continues right up until Monday morning, when the music is over and people blow up canisters, cans of deodorant and piss on tents and set fire to them.

We asked you for your worst Reading and Leeds festival stories and yourtragic tales prove it's Britain's grimmest festival and always will be:

My friend was having a shower wearing a bikini and when she came out someone had stolen all her clothes and she had to walk back to the campsite just in a bikini and wellies. We were camped the other end of the showers. It wasn't warm either.

Two years ago at Leeds my mates got so fucked they didn't notice the decent sized stream that decided to run through their tent. Moral is, don't pitch up in a gully. 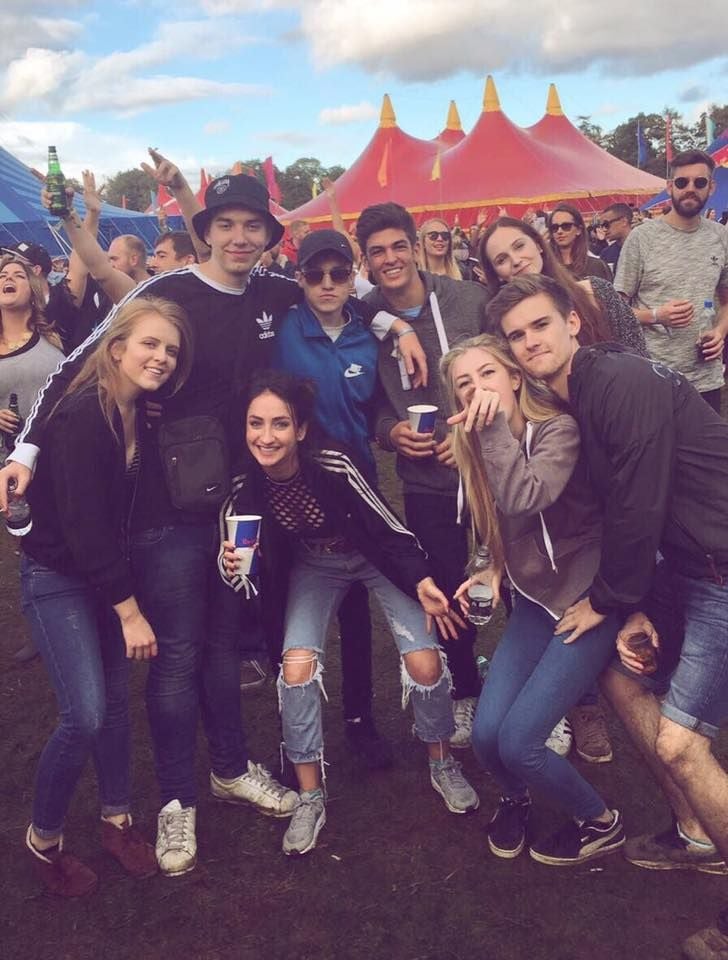 I saw toilet roll stuck in between someone's bum cheeks

A guy once got on someone's shoulders in front of us and pulled his bum cheeks apart and there was some toilet roll stuck there.

My friend Amy was dancing at The Ting Tings and turned around into a pint of piss hitting her in the face. It went into her mouth and everything.

My friend was kicked out of Reading festival after getting into a massive brawl, which the security guards broke up and singled out my friend for being the cause. Luckily he got back in by climbing up one of the lighting rigs outside and jumping in over the fence! Waheyyyy.

We didn't use the toilets, we all shat in a black bag

At Reading we never used the camp toilets, we had a toilet tent, go in a black bag. One year my mate pissed in a black bag, and instead of dumping it, decided he would launch the bag across the camp site. As he went to throw it, the bag split. As the piss went up, we dived into tents. Some didn’t make it in time. Friends and tents covered. We stank.

Black bags of shit were also launched across the camp site. They never split, but must have been so bad when one landed on them. 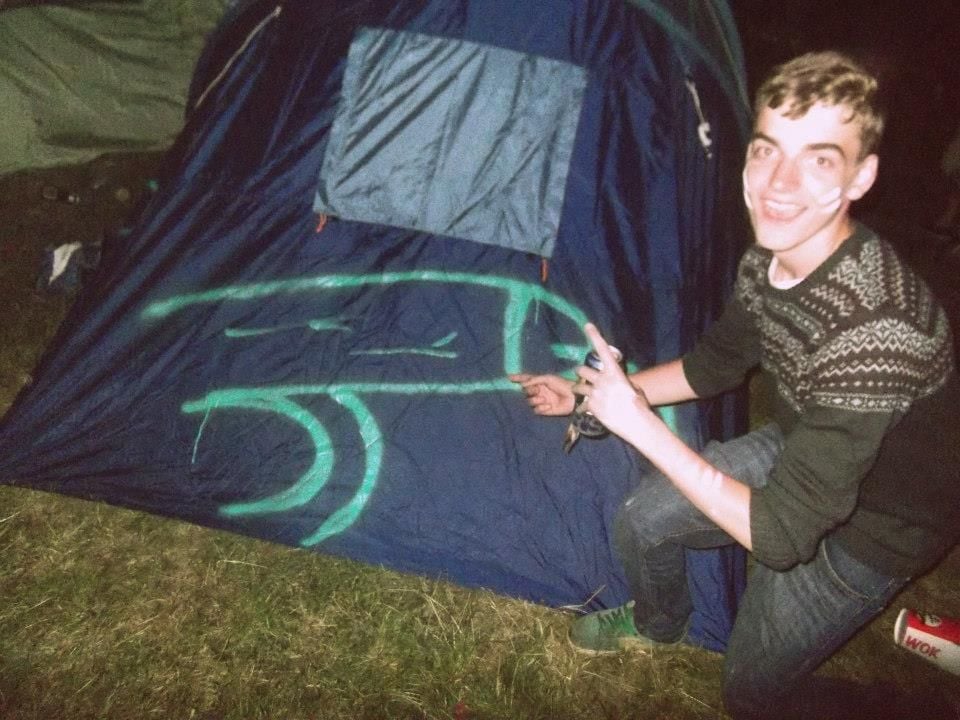 My mate wouldn't stop talking about his ""wildest" sex at Reading

I remember one of my mates came back from Reading and all he would talk about was how he three of his friends bukkaked a girl. We went to an all-boys school so obviously we were all super backwards when it came to talking about anything involving a girl, but looking back it was a weird thing to boast about.

I saw someone period on a guy's shoulders

It was at a Macklemore set in 2014. A girl was on a guy's shoulders in a white jumpsuit, but she must have not realised because she was bleeding all over him. It was properly dripping and everything. 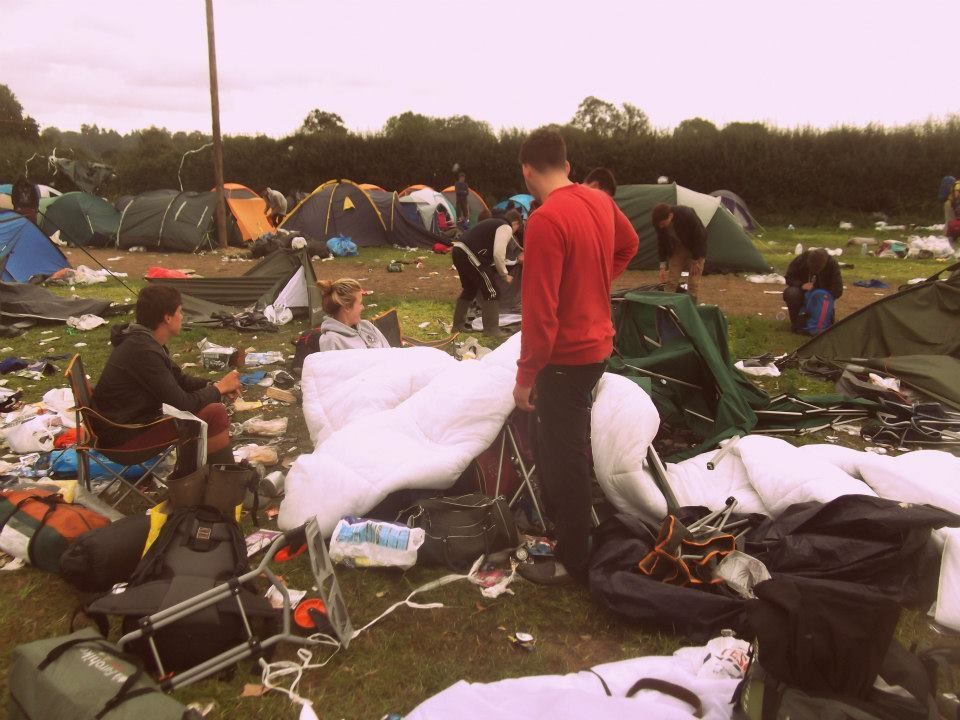 We were camping next to the river of shit

There was basically a little stream, but most people went to piss and shit there and it stank so much, but day three we all got used to the smell.

I have one word for you. Cystitis. I had sex with my boyfriend at the time, which was grim because we were both not clean, but because I was so drunk and dehydrated 24/7, I got cystitis. It was my first musical festival and my mum packed me loads of disposable shewees. I spent all of Saturday sitting in our tent and weeing in the sheewees after downing loads of water and Cranberry juice. Somehow flushed it out and didn't need anti-biotics from the GP when I got home either. Score. 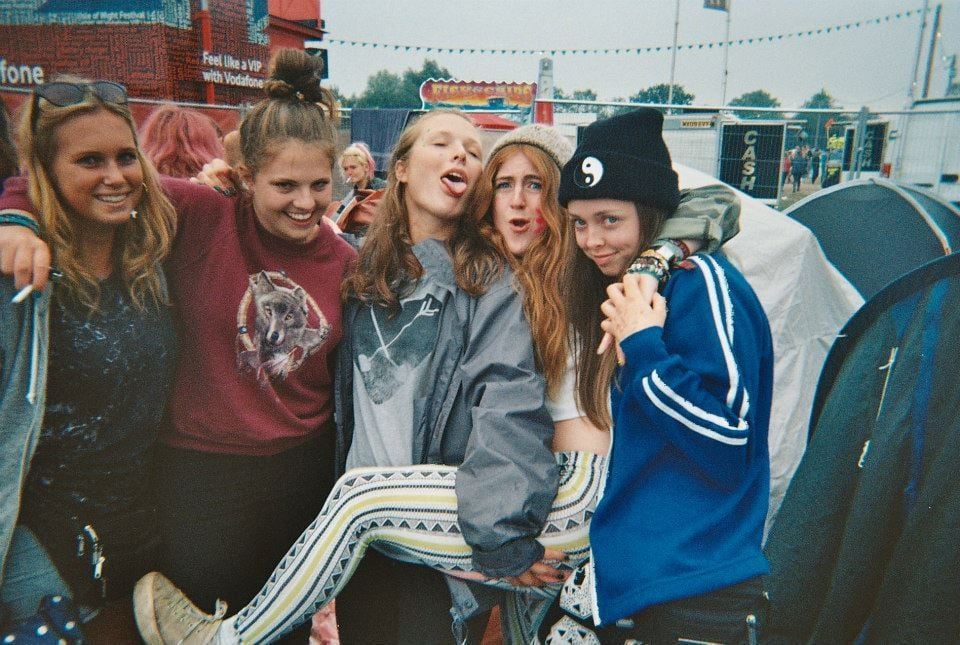 A big group of us went to celebrate our GCSE results. A girl from my school lost her virginity in a portaloo at Reading festival. Imagine the smell.

We thought it would be funny to lock one of our friends in a tent by putting a padlock on the zipper and then one of my other friends swallowed the key. We then had to cut him out of the tent.

Friend of mine invited back to a lady's tent. Pissed in a cup pre shag, laid it down outside the tent (fuck knows why). Forgot about it. They are both back outside post pipe and he's picked it up and necked it in front of her, thinking it's abandoned wine. She vomits on the spot.

• How to sneak drugs into a festival, with diagrams

• Remembering Reading Festival, the best and worst five days of your life

• Grime, Dark Fruits and ketamine: How the kids of Reading Festival have changed since 2012