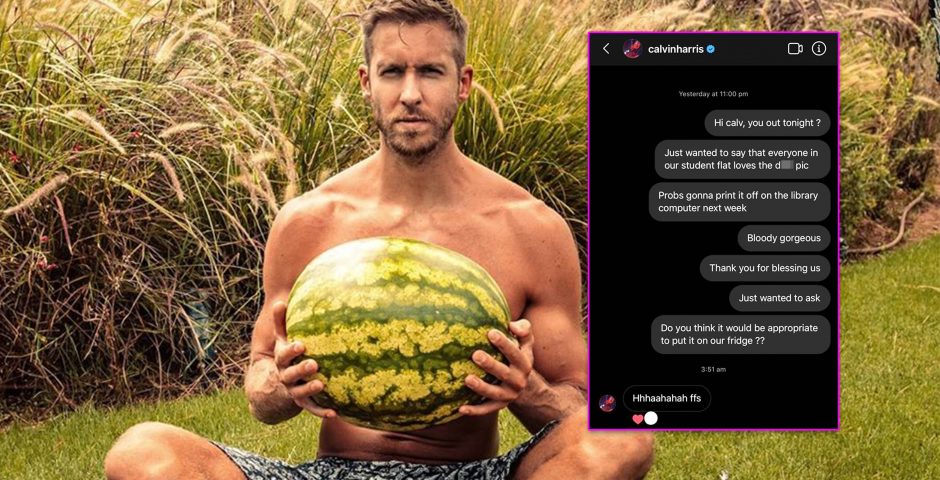 Look, we’ve all seen the pic of *that* cock which allegedly belongs to Calvin Harris, or at least we’ve seen the 10/10 memes about it. You can’t deny it’s a culture-defining image, but would you pin it to your fridge?

Well that’s what Manchester fourth-year Molly wanted to do, and she went as far as to ask Calvin Harris himself for his blessing to do so. As you might guess, there was “a lot of screaming” in her house the next day when she discovered his reply in her DMs.

“We were just out in Fallow, 256,” Molly told The Manchester Tab. “It had been a bit of a mad one to be honest – one WKD and I thought Calvin deserved some appreciation and love.” 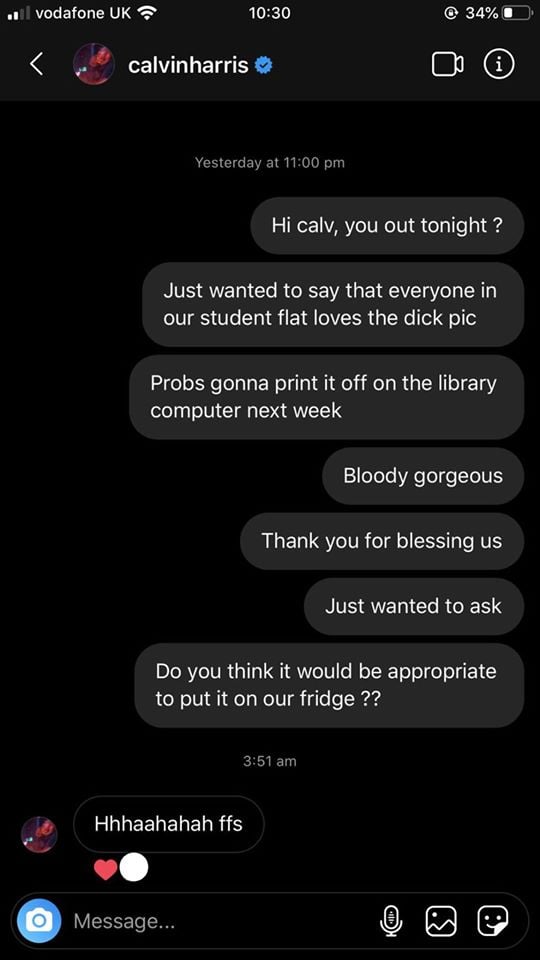 In the messages, Molly asked Calvin: “Hi Calv, you out tonight? Just wanted to say everyone in our student flat loves the dick pic.

“Probs gonna print it off on the library computer next week. Bloody gorgeous.

“Just wanted to ask: Do you think it would be appropriate if we put it on our fridge??” 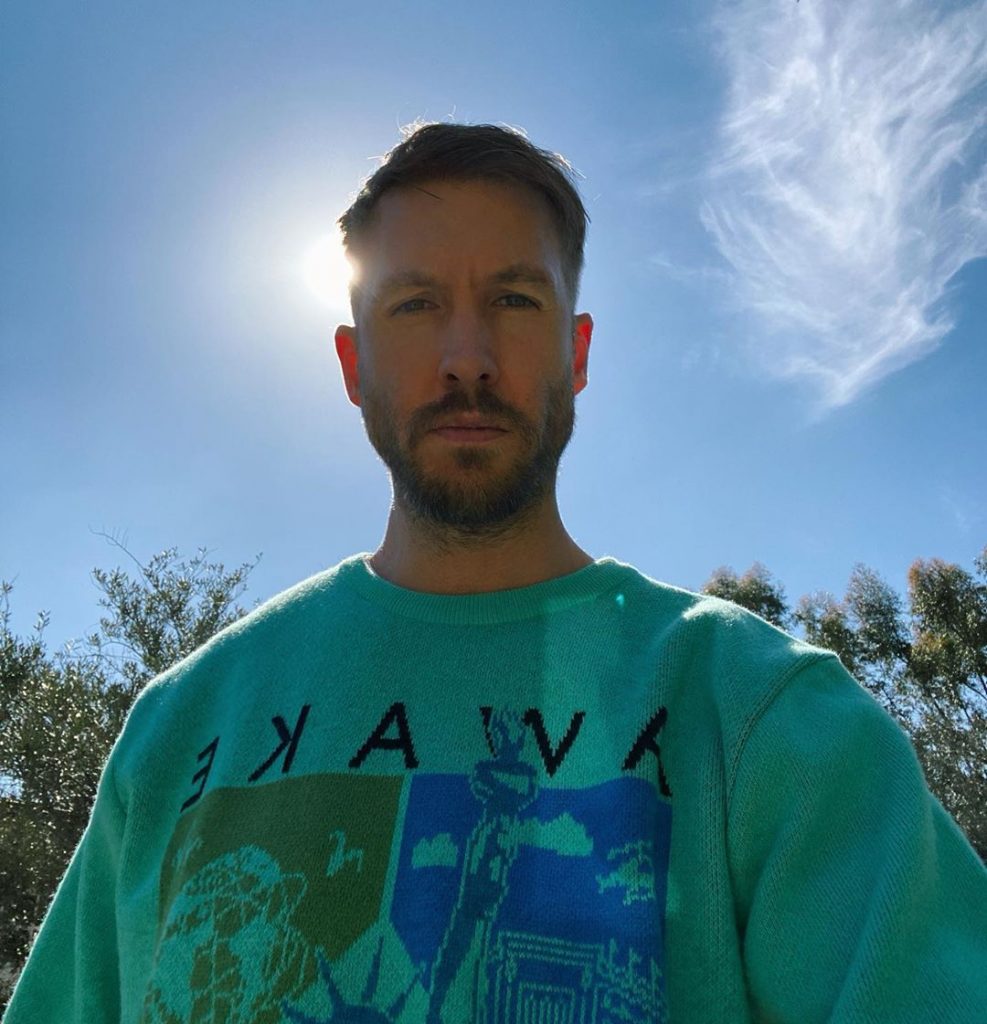 Molly said the pic “had become a big deal” in her house that week and they’d been playing his greatest hits “all week long.”

“There was no better time to message him than on Valentine’s Day,” she told The Manchester Tab. “Plus, anyone who’s seen the dick pic surely understands the need to show Big Calv some appreciation.”

Molly said she “didn’t actually see” Calvin’s reply until the next day, and woke up “wondering why Calvin Harris was in my DMs.”

Despite receiving a reply from the superstar, Molly decided to leave Calvin on read, saying she and her flatmates “preferred that version of events”.

Asked if she considered striking up a conversation, Molly said: “I did, and to be honest my dad is fuming with me that I didn’t, but 2020 is the year of big dick energy (no pun intended), so I’m sorry Calv, no reply from me.

“Guess the other funny thing to note is that we were all pissing ourselves cos a few months ago I’d gone on a date with this guy and he never messaged me back after the date.

“So we were dead at the fact Calvin Harris messaged me back and not some MMU student.” 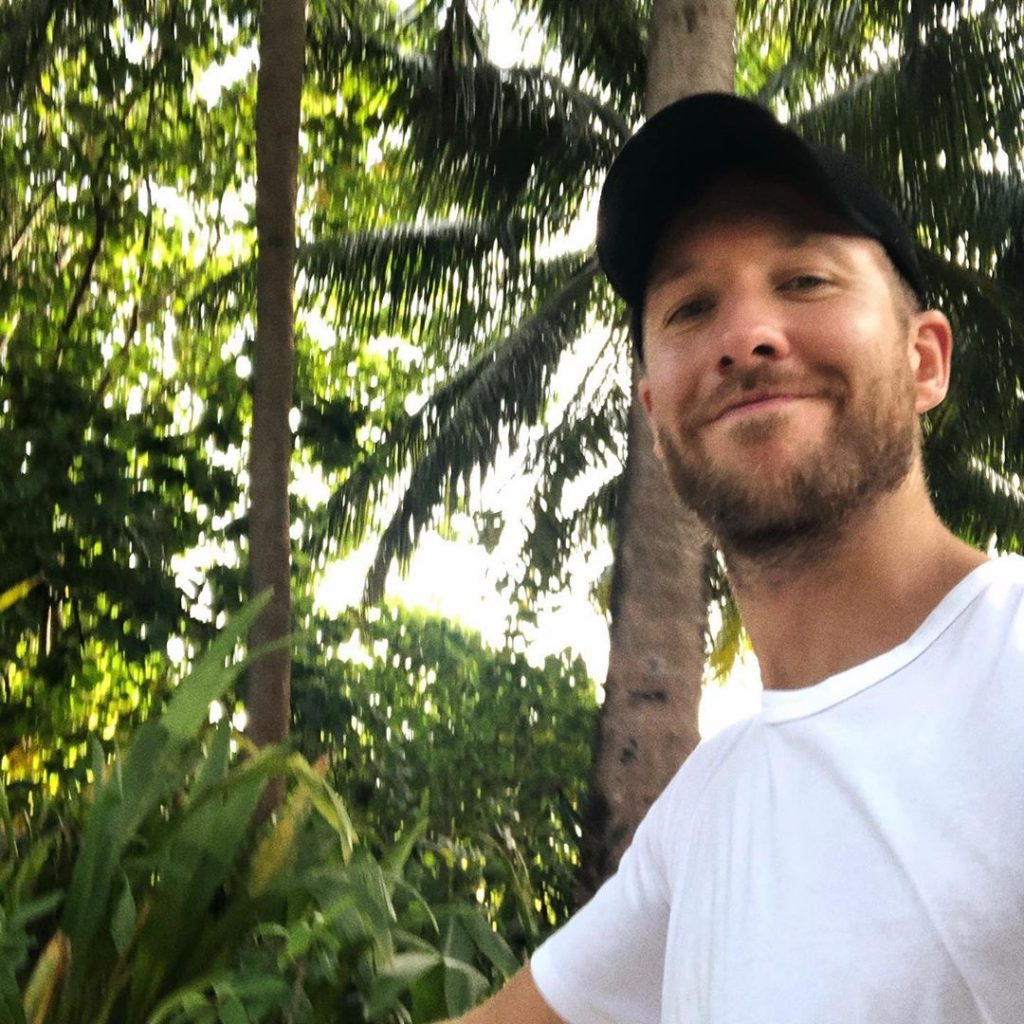 Molly and her flatmates didn’t end up pinning the picture to their fridge, as they were “waiting for Calvin’s blessing.”

“I think Calvin Harris is so sound,” Molly told The Manchester Tab. “I just feel pure happiness. He’s been in my dreams every night since. 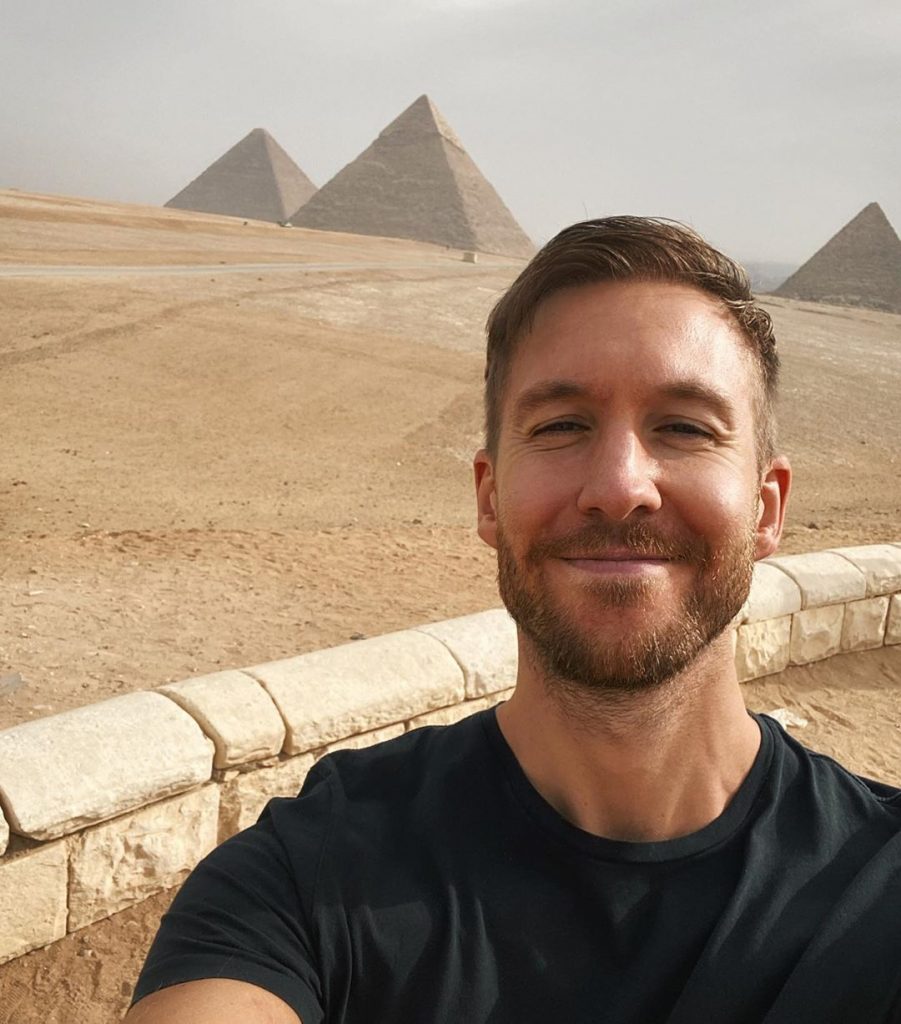 A lot of people were grossed out by the picture, which Molly said was “part of the reason Calvin deserved a bit of love and support actually.

“With the whole of Twitter saying it looked like a dinosaur, sometimes you’ve just gotta be the one to brighten Calvin Harris’s day.”

“It’s a good story for the grandkids and that,” Molly said.

• The evolution of Calvin Harris: How he became the fittest man on the planet

• So, you’ve just started seeing a guy with an enormous dick