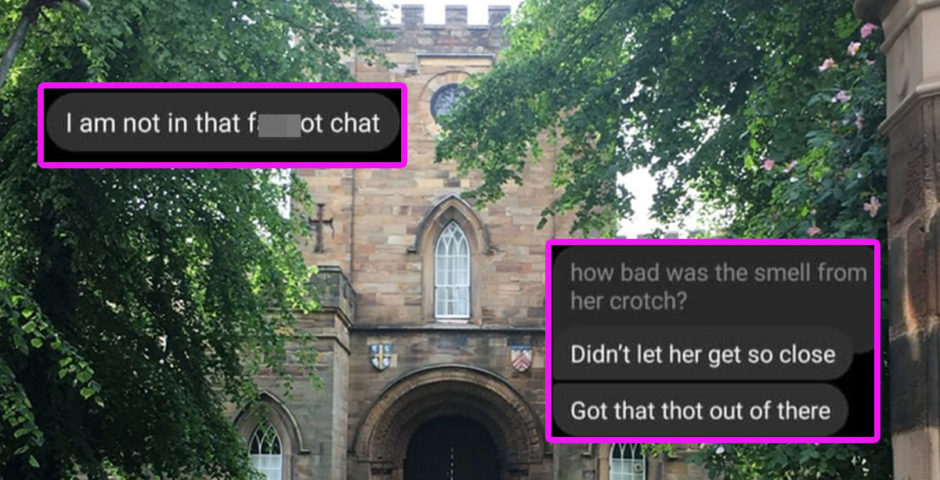 Screenshots from more alleged Durham University student group chats have been posted on Facebook, with racist, misogynistic and homophobic content, including use of the slur “f***ot”, and calling women “whores”.

One member of the group chat uses the homophobic slur “f***ot”, with another joking they will “misuse someone’s pronouns”. One member then says: “I once instinctively referred to a man as m’am since he had long blond hair and no beard”. 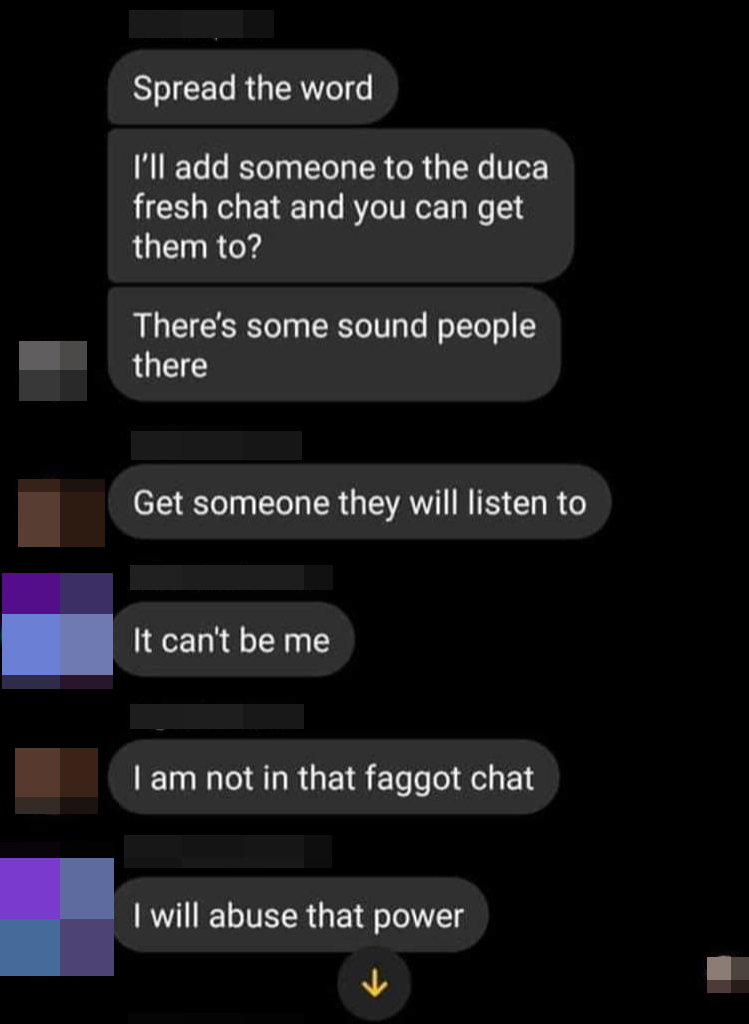 The Tab Durham spoke to one member involved in the group chat, who could not be named. He said: “Many of these comments are taken wildly out of context, and have been cynically misrepresented. In certain instances, I regret my choice of language, and therefore apologise for any offence given in those cases.”

Some of the Facebook posts linked the Durham University Conservative Association to one of the group chats, but the president of DUCA has denied any involvement by the Association. The president of DUCA told The Durham Tab: “None of the screenshots being shared at the moment are from chats affiliated with DUCA.” In view of this, DUCA did not wish to make any further statement. 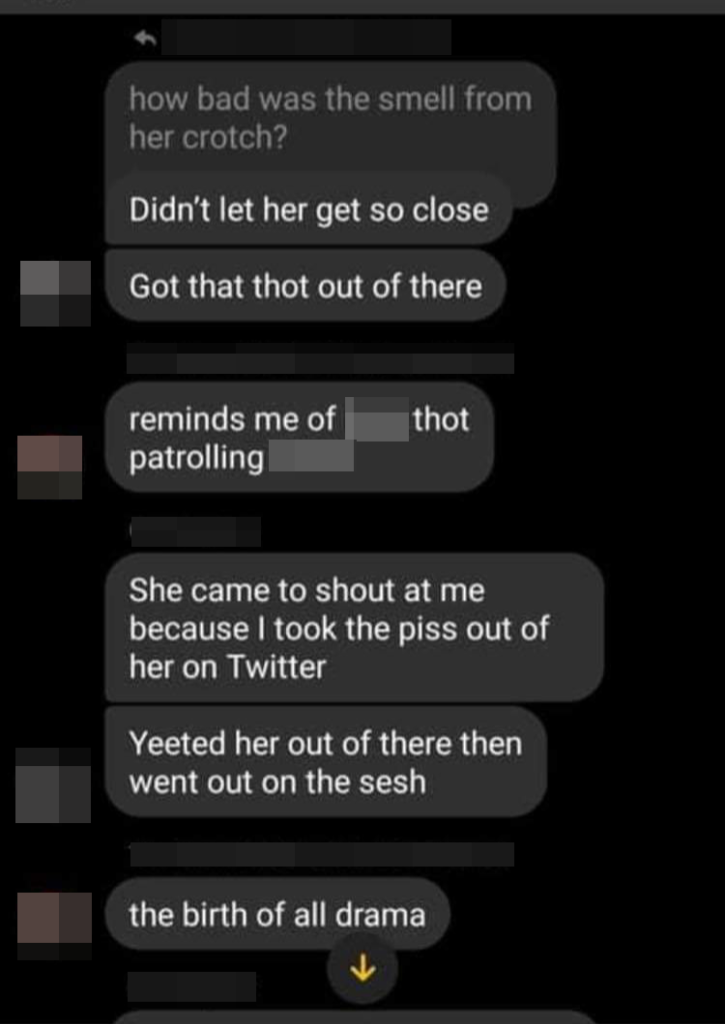 Misogynistic language is used in the latest screenshots, with repeated use of derogatory words such as “slut”, “whore” and “thot”. One member says: “I once got censured for calling a girl a whore and throwing her out of my room. At the hearing I defended the name on the grounds she’d shagged half the people in Hong Kong, and wouldn’t leave”.

Another member speaks about a woman, asking: “How bad was the smell from her crotch?”. The response is: “Didn’t let her get so close. Got that thot out of there”.

As in the original chats, urging boys not to “snitch”, one member in this new alleged chat asks: “Whos the bitch leaking WhatsApp messages” [sic]. 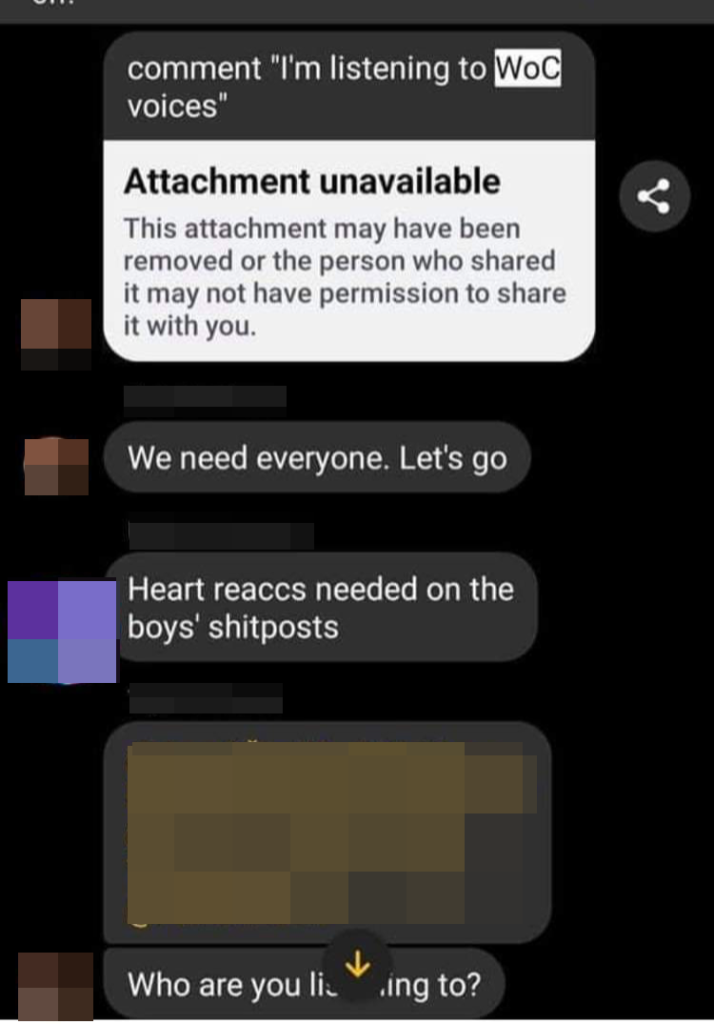 The chat goes on to make light of racism. Members speak about making a “‘I’m listening to WOC [women of colour] voices’ post”, before another member calls these “shitposts”. Another jokes: “My skin is brown, I can do no wrong”.

The chat discusses the parameters of white supremacy, with one asking “but he doesn’t say whites are superior or anything like that does he”, and another answering: “I think by saying the return of white nationalism is inevitable and ok, he is pretty much a white nationalist”. The first replies: “That’s a leap we can risk”, another says: “daily reminder so is Aristotle”, with a photo of Aristotelian theory to picture the philosopher as a racist.

Members are nicknamed things such as “slut”, “Nebuchadnezzar” – the Babylonian king who enslaved Jewish people and destroyed The Temple, and “Tiglath-Pileser” – an Assyrian king who usurped and murdered the previous royal family and subjugated much of the Middle East.