Pembroke JCR decided to change the theme from “Around the World in 80 Days” due to a fear of the “potential for offense” [sic].

In an email sent to Pembroke students earlier this week, the Junior Parlour Committee said a lengthy debate preceded the decision to change the theme of the bop.

Some members of the college met this decision with anger which erupted over Facebook on the Pembroke Exchange page.

Those in favour of the original theme claimed that “deliberately changing the theme implies the student body isn’t capable of dressing appropriately by itself”. The decision was characterised as “overly controlling and a little insulting” in a post that gained more than 130 likes. 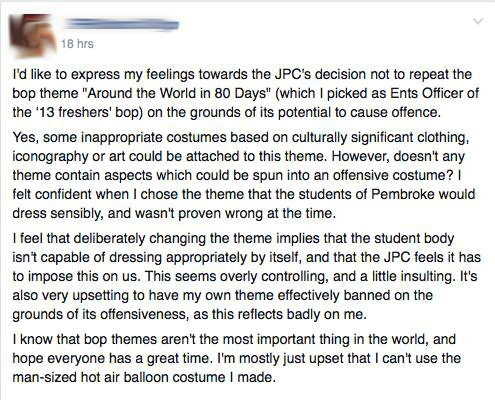 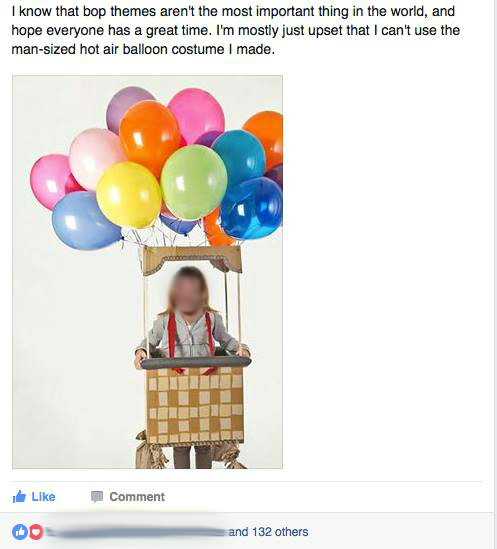 Much support in favour of the original theme

Others who are opposed to the JCR’s decision chimed in to voice their support for that post.

Some students defended the “Around the World in 80 Days” theme as a way to appreciate a diversity of cultures rather than an appropriative and racist idea. 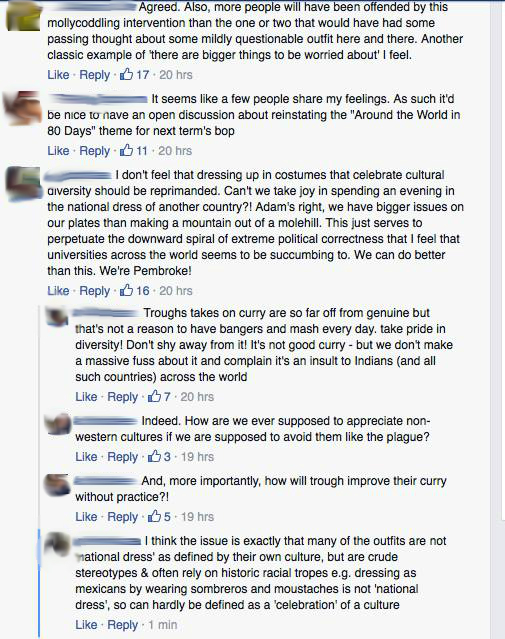 The theme was called a potential celebration of other cultures. ‘Trough’ is Pembroke slang for buttery.

Defenders of the change responded to the criticism. One student called out those who believed it was “symptomatic of a wider conspiracy of the JPC to curb freedom of expression” and said, “This is literally a way to minimise the risk of people of colour having a shit night”. 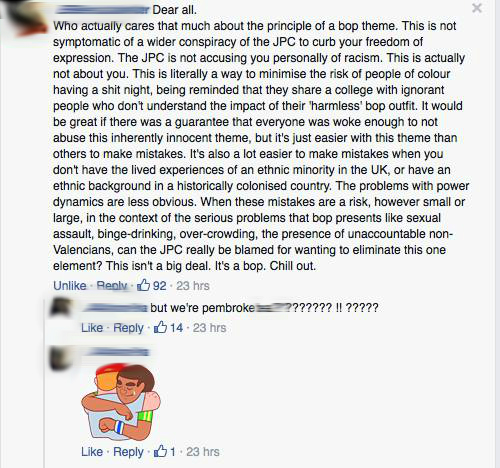 Others called for those in favour of the theme to check their privilege and “pipe down”, claiming that respectful celebration of cultural diversity would not happen at bops, places were they “wear purposefully ridiculous, cheaply thrown together costumes and get really drunk”.

Finalists are particularly upset due to the breaking of a long-standing Pembroke tradition that the first Fresher’s week bop theme is repeated in Lent of students’ final year. Photos of the “Around the World in 80 Days” bop from 2013 were reposted in an attempt to garner support for the theme. 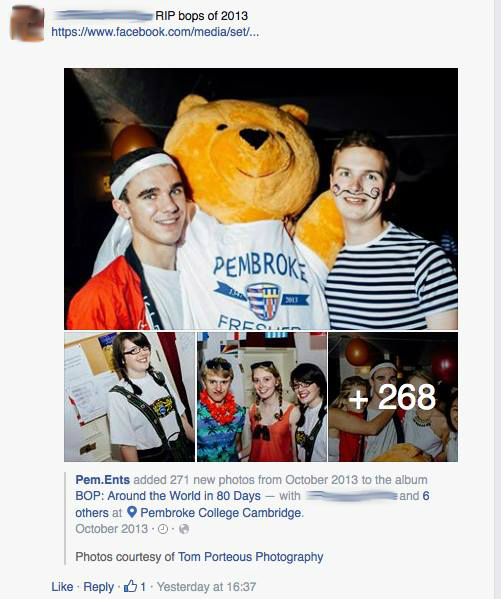 These photos further inflamed the situation, with more hostility directed at the costumes worn for the original bop in 2013. One student said the photos posted changed their opinion on whether the theme was culturally appropriative or not.

Another voiced their shock at “native American headdresses” and eyeliner “meant to show Asian eye characteristics”.

Costumes from 2013 were criticised

Students at other colleges are confused by the sensational Facebook civil war unfolding at Pembroke. James Taylor, from Trinity, said “I just don’t think that this theme is sufficiently inflammatory to offend people on the grounds of cultural appropriation. I’d quite like to see men dancing in turbans.”

Meanwhile, Pembroke’s separate Graduate ‘Boplet’ will be proceeding with the theme ‘The Roaring Twenties’ on the same night. In spite of recent controversy in Oxford over similar themes no public objections have been raised to the Graduate theme.