“Once you start, it’s so difficult to stop.” she began. “You’re drinking so much, and you’re constantly high and you’re making so much money. Stripping and prostitution seem like such a quick and easy way to make more money. But I, like everyone else I had no idea what I was letting myself in for. I was mentally and physically raped. It was horrific.

It became apparent that Shelley counts her unusual relationship with religion as the most significant aspect of her recovery. “I was neglected by my parents. They practised false Christianity.”  And what exactly is false Christianity? “They didn’t believe what they preached,” Shelley explained. “I went to Sunday school when I was a kid, but… they weren’t really committed to God.”

“I’d been told that I was a piece of shit, or a whore, or a slut. God rescued me. He’s left scars, so that I can still feel compassion for those in the industry, but He saved my life.”  Slightly dubious, I asked Shelley about her religious experiences.

“He brought my husband to me,” she explained. “I was in a really bad place. I had herpes and a kid. I needed someone. And then God sent me this man. I married him, for security. But then I found out he was a pastor’s son and I understood that God loved me… And so I devoted my life to God. My husband made me feel like I was worth something.”

I asked Shelley what her relationship with sex is like now. “At first, when I had sex with my husband, I felt no enjoyment,” she confessed.  “You have to remember that I am a rape victim, and so he had to be gentle with me. It took me eight years to recover from my past, and so I would give but not receive love.  But, we’ve worked at it, and he’s the best lover I’ve ever had.”

The thing that I found most interesting was that Shelley doesn’t appear to have a difficult relationship with sex anymore. Is Shelley happy now? “Obviously,” she told me. “God is with me. I’m excited.”

Shelley Lubben is speaking against the motion ‘This House believes that pornography does a good public service’ at the Union on 17th February. 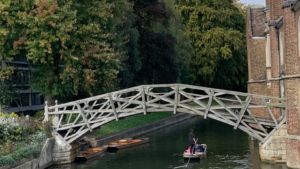 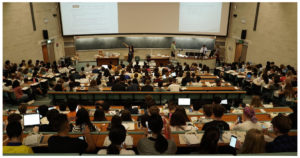